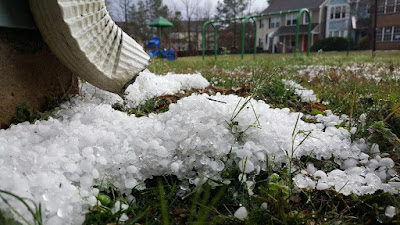 As this President abandoned the Protestant Christian agenda he promised in 2016 AD in the year of our Lord, there has been a progressive reality of the return of the Obama bad omens on the beloved city named for America's most beloved President, George Washington.

This evening a hail storm swept across Washington DC, targeting the People's House with hail stones.

By Martin Weil
August 20 at 10:30 PM
Hailstones, smartphones and social media worked together on Tuesday to provide a vivid depiction of powerful storms that darkened Washington’s skies, deluged its streets and toppled many trees.
Winds rose, lightning flickered and thunder crashed and pealed as rain poured down. People lingered in office-building lobbies or stores.
About 9,000 homes and businesses lost power in the District and close suburbs.
Perhaps the greatest drama came from the hailstones, shown on Twitter as they clattered onto pavements and skylights and windshields.
Hailstones glittered in palms in online photographs. Some had coins alongside to show their size. One video showed hailstones skittering across a sidewalk, and another showed them bouncing down a Metro station escalator.
In some spots, hailstones were likened in size to peas or pebbles. Hailstones also fell on Capitol Hill and on the Mall, where the icy chunks were described as more than an inch in diameter.


This is not the first time the storm gods were unleashed on Washington DC, in an unheard of trio of tornadoes blew across the area in 2017 AD in the year of our Lord. 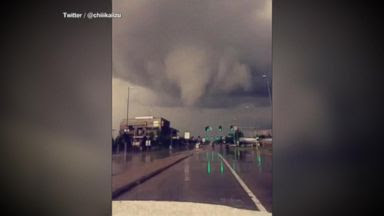 3 Tornadoes Touched Down in DC Area During Strong Storms ...


This is not the coup against the President alone. This is the continued onslaught against the American People in the storm clouds which are rising as the United States has moved from God's protective hand. 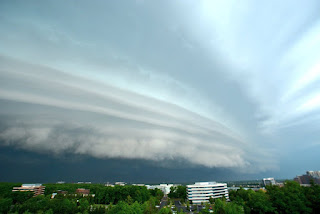 Storm moves away from D.C., flooding and wind damage in its ...

Read Deuteronomy 28 for a reality that God promised would happen to His People when they stopped obeying Him. It is everything that is happening to America. America was founded on the Covenant and it has broken that Covenant.

The storms in the United States abated after the Protestant Churches were built. The storms have now returned as Christ has been removed.


The remedy according to historical Biblical accounts is for the leader of God's People to remove the anti Christian religions and to free the people from debt enslavement.