With Liberty and Napalm for All 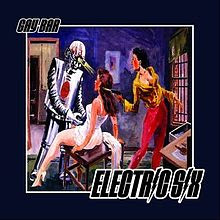 If not for a perverted little blonde in Ohio,  who just buried her first ex husband, as she marketed herself for a second ex husband who was in real estate to close a cash deal, I would never have been exposed to one of the most awful songs in history for sacrilege so bad that I burst out laughing every time I hear it, or watch the video.

I have mentioned Gay Bar previously, but tonight while considering filler, I did some screen caps of of Gaytube, and decided to share.

Gay Bar is a heavy surf rocker music from the early 1960's. You hear licks like this in Johnny River's Secret Agent Man, which was all born out of this genre. The thing is this is a good tune, and while they lyrics are censored, they are over the top real, which makes them award winning as this song did win awards.


Starting Nuclear War is not an accepted thing so that was cut out, and in the version which plays a great deal, the stanza about wanting your money to spend in a gay bar is cut out too.


Here are some of the horrid parts of the video, which of course stars Abraham Lincoln, which makes zero sense, but that is what just makes this hilarious.

It begins with Abe in the Oval O.

Abe working out with nude statues.

Abe working out on exercycles.

Abe asking for money for the gay bar.

And of course the obligatory gerbil up the ass. 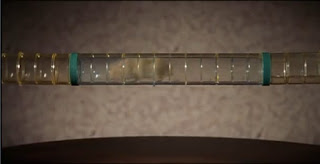 And the train going up the ass.

In this shit for brains era, I have never been able to figure out how this homophobe shit was not removed from Gaytube and queers were not rampaging, as it is the perfect stereotypical smear of sodomites. And it came out of Canada of all places with their hate crime laws, and yet it prevails.

I am pleased for it in this perverted age as it is one thing that still makes me laugh. 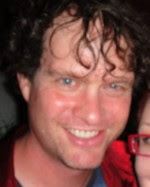 Tyler Spencer (born January 22, 1972), also known as Dick Valentine, is an American singer, songwriter, musician, and author. He is best known as the lead vocalist, main lyricist, and co-founder of the rock band Electric Six


Then there is always their latest song of years ago in Sex Wars, with the most Robert Duvall lyrics from Apocalypse Now.


We were fighting for a perverse future, for every man, woman, child and computer. And we had our instructions, so we marched into the fray, where I sampled your love suction and you showered in my spray. And you didn’t know who you were shooting at. I didn’t care that your boobies were booby-trapped.
We were all in this together, it was just like Vietnam. Except with a whole lot more leather, and a whole lot less napalm.