Pedo Tea or Me 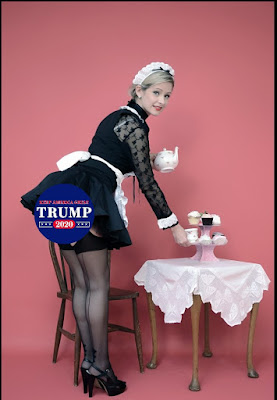 
We return to liberal genius, Webster Griffin Tarpley again, for the base insight to the headlines which are brainwashing you, in the words to remember that the democratic party will be split into a communist and nazi party to rule America, while the GOP will be relegated to a Green Party status of disappearing from the political scene, along with the waning American White Conservative Christian majority.

It is all in full swing as AOC did her job, the Skirt Squad is doing their job, as Jews and Coons are forming the base for the Trump nazi party, while Joe Biden heads the Balkanized list of communists about to be given the democratic nomination.

The Pied  Pipers of the cartel are in full bending at the waist to lead Republicans over the edge, in the Fag Republicans not going gerbil for Donald Trump, will be voting for William Weld, a sort of fossilized penis looking thing. 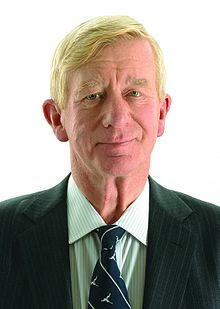 https://news.yahoo.com/william-weld-to-challenge-unstable-trump-for-the-2020-republican-nomination-212615720.html
Donald Trump has his first Republican challenger for 2020. William Weld, the former Massachusetts governor, said Friday he would run against Trump for the GOP presidential nomination. "We have a president whose priorities are skewed towards promotion of himself rather than for the good of the ... 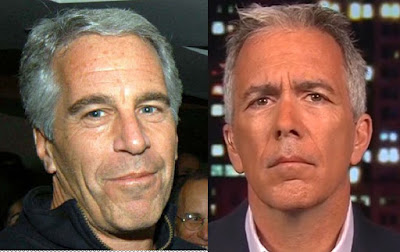 The real story though is Joe Walsh, a Tea Party candidate from Illinois. The problem is that Joe Walsh looks like pedophile Jeffrey Epstein. Well Joe Walsh has numerous problems in no one knows who he is, he is a worthless candidate, but that is why he is there,  for Donald Trump to squash him, because Joe Walsh is in this race make certain that a viable candidate with charisma does not get any traction and actually light the fire of the Reagan Revolution which the Trump Golden Shower has extinguished for the elite as Donald Trump saved himself.


In reading the Erick Erickson Resurgent bio on Joe Walsh, it is so horridly bad, illogical and asstard, that they are actually painting the Tea Party into a hole to PROTECT ANCHOR BABIES which Donald Trump is saying he will end in another promise to be broken.

The Resurgent's gist is apparently Donald Trump is calling himself God, is king of the Jews and for some reason alienating Denmark over their not selling Greenland to Donald Trump as a big golf course, is what will turn of some segment of Trump voters, if they could figure out what Mockingbird is trying to fire them up about to vote for the guy who looks like Pedo Epstein.

Walsh’s timing is good. After President Trump’s performance over the past few days, many Republicans have to be privately worrying about his ability to win the election next as well as his ability to govern for the next four years if he does win. So far this week, the president has repeated an endorsement from Wayne Allen Root that claimed that Israeli Jews love Trump “like he is the second coming of God” and then went on to call himself “the Chosen One” to lead a trade war against China. The president also said that Barack Obama “outsmarted” Vladimir Putin in eliminating Russia from the G-8. In fact, a majority of nations voted to exclude Russia after Putin’s invasion of Ukraine in 2014. Trump also revived his plan to eliminate birthright citizenship by executive action yesterday, an undertaking that should alarm anyone who considers themselves to be a constitutionalist. In another action that makes him look unbalanced, the president canceled a state visit to Denmark after the Danish prime minister rebuffed his request to buy Greenland.

But this just in, then there is Anthony Scaramucci, who once worshiped the drippings of Donald Trump's jock strap, has behind the scenes, to be caught on WWE cameras, been plotting with the sinister Bill Kristol, as the arena hero, Donald Trump is out in his cage match, waiting for Joe Biden to tap out.

If you are this absolutely head up your ass to believe this new WWE drama, then you have never watched Vince McMahon's masterpiece theater. Anthony Scaramucci is one of the biggest camera whores, since Bill Clinton. He would do anything to keep sniffing Donald Trump's jock strap and that is his role as the treacherous Mooch. His real mission though is to be an operative for Trump Trans to keep an insider eye on Bill Kristol and to do what Anthony Scaramucci does best in turning off voters by being and asshole. The voters he will turn off though are the #NeverTrump voters.

Face it, Bill Kristol's ideas of how to defeat Donald Trump ran from Mormon Mitt Romney in 2016 and then Evan McMullin. Given that track record, one could only imagine what kind of loser this duo will feature, as former Governor Mark Sanford mulls how to lose to Donald Trump and kill Conservatives off.

Scaramucci Teams up with Bill Kristol to force Trump off the GOP ticket ...

https://nationandstate.com/2019/08/16/scaramucci-teams-up-with-bill-kristol-to-force-trump-off-the-gop-ticket-in-2020/
The "Never Trump" movement has a new ally: hedge fund boss Anthony Scaramucci, who was fired in 2017 after serving 11 days as communications director in Pre


Mark Sanford is that crazy bastard who had a political future, then dumped his wife for some South American tramp, announced it was a mistake and has been creeping everyone out ever since as people wonder when he will go off again to seriously date a cardboard cut out of Marilyn Monroe. 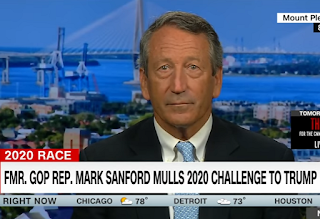 
Everyone of these losers  are designed to drive the death nail into Ronald Reagan's Republican party as much as Barry Goldwater caught liberal disease at age 90 when a blonde started banging him and he like all this mind control stuff betrayed Conservatives, the way that liberals never get religion in the end.

None of these people are a Ross Perot or a George Wallace capable of appealing to the populism of American excellence.That is why they are in the race against Donald Trump as strawmen, the way Mitt Romney was a strawman for Obama to knock down.

It all comes down to Pedo Tea or Me, as Donald Trump is the National Socialist and the choices to challenge him are for Mexican anchor babies, shove their dicks in insane lust to Latin lovers, look like a fossilized gay penis or are hiding behind Bill Kristol's shadow screen to be his hand puppet with that sticky feel to them.

Now that you have been informed of the insider game, you can now return to your arrogance in thinking you know everything as you get suckered tomorrow, once again revealing that you need a poor orphan girl to unscramble your humpty dumpty daily.