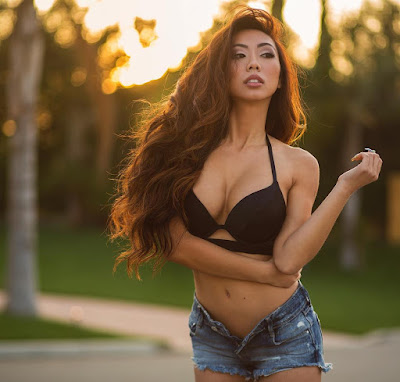 
There never have has been a white paper of any substance on  the reasons for the failures of the United States government and military in Vietnam, which was deliberate on the leftists part to roll back American projections of power, and it falls to the Lame Cherry to address this issue for a time when perhaps Americans may control foreign policy again.

Vietnam was a miniaturized version of China, which Harry Truman handed over to the communists and crippled Gerald Ford after Watergate by Democrats in Congress handed back to the Vietminh or communists.


The reason the United States shifted war doctrines was not from losing, but from winning against the Vietminh and the Vietcong. In each American strategy, the communists shifted their ability to make war to a new strategy which the Americans countered with a more winning strategy, but in the end the General Westmoreland war of attrition did not defeat the communists. It instead provided the attrition of the United States who succumbed to the Jane Fonda leftists led by glory whores in John Kerry.

When Vietnam was taken up by John Kennedy, it was a small scale war where the Vietminh had just defeated the French. It was bush warfare in small form. As it scaled up due to the military industrial complex projected profits of Vietnam with 65,000 American dead by conclusion in war games, the guerilla war became an American technological expensive war in using inferior Air Force weaponry.
One must understand that Vietnam was the genius of Americans as the had  grid sheeted the entire country. That is why in war movies one hears "klicks' in the terminology as a klick is a 1000 meters, and no matter the target America bombs could within 200 yards strike anywhere in Vietnam with accuracy.
The grid is NATO accurate to pinpoint any location in the world currently to 1 meter.

The period from 1966 to 1968 is where Vietnam changed from jungle growth to burning off the places the communists were hiding, which ended in Agent Orange herbicide. Ronald Reagan correctly stated that for what Americans paid in Vietnam, the United States could have paved over the entire country. Reagan hit upon a key problem as while Vietnam was a grid oriented war, Vietnam had never been transformed into a security grid to divide and conquer her, as the globalists intended an American defeat, not victory.

In that, the Americans won in South Vietnam. This is why the communists entered Laos and Cambodia and Richard Nixon started bombing there, much to the  screams of liberal democrats again as tools of internationalism. In every major aspect, America won in South Vietnam and it was the communists who had to invoke new strategies.
It would fall to whores, dope and Jane Fonda protests in spitting on GI's which would buckle the war victory in Vietnam. The American Soldier won conclusively and the communist could not gain victory. The strategy then for leftists was to destroy the American military from within by opium, and who controlled the Golden Triangle Opium but the American CIA. The dope traffic to the US military could not have been accomplished if the US military leadership had stood down in not vaccinating whores for VD and allowed the introduction of dope into the US military Vietnam.
For those who would challenge this, the US military did the same thing in Afghanistan and Iraq. In that case it was Big Pharm which sold the happy pills to GI's for profit, while in Vietnam the dope came from the CIA outlander groups in the money flowing to the same Wall Street conglomerates to be laundered in that manner as Castros dope funds were laundered for years.

With the tools of that era, Vietnam could have been built for victory. The entire grid of a nation, could have been grid in concrete housing and concrete road barriers with the paddy between. Listening devices would have been in place in all areas to monitor the population and reward it with the two phases of debauchery in religion and whoring narcotics to pacify those elements.
Yes it would have been a border wall from North Vietnam, Cambodia and Laos, but the measures would have ended communist infiltration and by the security service eliminated the communists inside South Vietnam, more  effectively than Operation Phoenix conducted.

In expansion of this war to inside North Vietnam, heavy bombing would have produced the rod, while the implementation of buy the souls of the Vietnamese communist horde in money flowing into the north would have burned that nation to the ground in Marxist doctrine.

Vietnam should have been built with concrete, asphalt and electronics as Ronald Reagan mentioned in the failure of Vietnam, and then in a heavy Warsaw Pac police state monitored and gained absolute control over the society which would hold free elections and carry on in the capitalist way of another brand of exploitation.

North and South Vietnam should  have been addicted to color televisions and  British rock n roll.

The winning of American wars though is not a matter for Americans winning wars. I have laid out how Afghanistan could have been subdued and won, all with electronic warfare and sentry posts. That is not the mission though to win. The mission in Afghanistan was to secure the poppy fields for Europe and to secure the Afghanistan mineral wealth for China so internationalists can prosper from Chicom slave labor, selling product to an ever more population degrading west, as this is a global war against the western peoples of the Lost 10 Tribes.

Vietnam could have been built, curfew and travel restricted to a resolute peace in five years time. American casualties would have not exceeded 2000 front to back. The Vietnamese Canton would have brought victory to Vietnam over Victor Charles.