Pepper on the Ball 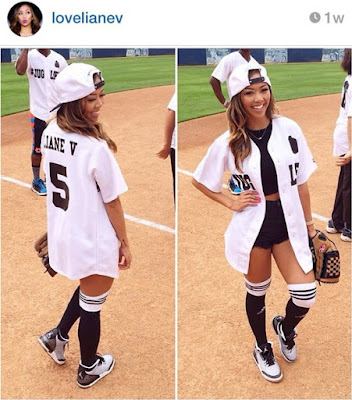 I enjoy getting notes from people who read the blog. David, generously shared parts of his life, that he has moved with his son, and he is playing ball. I imagine lots of things about people's lives. It is like reading a Laura Ingalls Wilder book in constructing things.
I did a great deal of that as a child like Jonathan Winters, as children with bad childhoods in order to survive create worlds and construct them. I still play all kinds of characters in watching television and give better story lines than what is written.
I had dreams of making movies and still would like to. I write scripts, and have studied directing in camera angles, lighting........I like Hitchcock in he was so lovely in calmly moving a story gently along even with birds ripping your eyes out.

I am going to mention this, in there rich people who read this blog all the time, and for 2020 I want to make a movie about Jimmy Carter in the White House. David Kessler had some great Secret Service stories. I would think for 5 to 10 million which is change to these people, I would create a brilliant snarky comedy on Jimmy Carter being himself. Would tank that fiction of Argo, and put Donald Trump back into the White House which is what all of you National Socialists want as it makes you rich off of Wall Street money dumps.

So if you have worthless children and grandchildren, I will cameo them in the movie, but they better behave or I will fire their ass and there are no refunds in this once the money is put into escrow.

As for David, I noted his address, so I decided to look at his new home which he is purchasing on Google Earth. I love architecture, and actually trained for that. White prints, vanishing points, all that stuff. I have designed houses and castles. My sister that died was collecting all these blueprints for houses from the paper, and I still have them.

I love southwestern homes, stucco especially, brick and David's house has brick. I like looking at neighborhoods, including the tree that needs to be removed across the street. See I am painting a picture and you can see the yucca, the red crab, and the dude next home with the motorhome. That is a monster outfit.

I can see a cut hill across the street. I love New Mexico in it is arid, but it gets enough moisture, that even looking desert, that things grow there in the upper reaches. It does get hot and that is what central air is for, but the selling point is it does not get cold. Damn thing is we probably have about as many Mexicans as he does down there now, and Indians.
No shit, we are aways from the rez here, but we got a breed working in a place. She is always nice as they are when alone, and she works her tail off. My cousin actually works with natives, is kind of a niche thing, but they hired her as she was out west and working with Indians, and when the interviewer read that, she perked up and the job was her's. In fact, I think she is doing federal or state work now, in she quit to have a kid, but out of nowhere her part time work, was "Hey the big chief is retiring, how about we hire you full time in running this operation". That is who it goes for her. I would like fortune like that in my life.
She has a Scout, well that is what I call her, the Scout is a Tonto, who knows the Indians, so my cousin cruises around in places which would still be dangerous to Custer, and the Scout is yelling out the window at kids stuff like, 'Hey you, come here. Who are you? I know your cousin. We are looking for your other cousin. Where are they?"
It all works out when you got Tonto down on the rez.

One day we are going to build our underground home, with a deck, overlooking our pond, and I am going to really enjoy that from BBQ in the snow to shooting off of it....yeah it will only be predators, as I plan on having wildlife I like around there and protecting that.

David has nice plants though. My plants were ragweeds, but I keep them growing so he cats can lounge under them from the sun, and it protects them from horned owls.
I am watching Poot in the recliner as TL is showering and Poot takes over for a nap and kitty is being well behaved. Poot will pretend to be resting and sleeping as TL stands there pleading to sit down. Cats are interesting that way.

Well I had better carry the visions or David's neighborhood with me on some things I have to get done. It has been one of those days in I had to do Uncle's laundry, his underwear, and who does not have a dream in washing old men underwear by the pile. Thing is, I folded them and we took them back, and when I got home, I was looking out the window and there was a pair still on the line. I have no idea who I missed that thing, but TL figures he will notice it is missing, so it will go over there when we check, as I get to assist in things when his children come to do what children do on parental property.

God bless and may there be pepper on the ball.