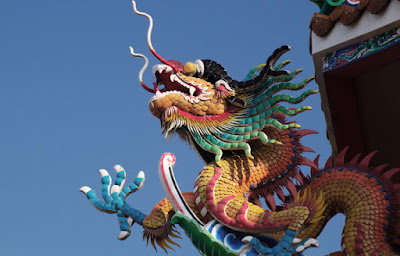 Not that long ago, the  Trump Queer, Gayway Pundit was extolling that Donald Trump had won on China, but this blog challenged that, and as I type this, Gayway, along with the CIA's Washington Post and New York Times are silent, on communist troops moving into Hong Kong.
For that matter the communists of the democratic party from Joe Biden to Bernie Sanders are silent in not warning Peking to slaughter the  people of Hong Kong.


The same progression as Tienanmen Square is being developed. The Central Committee is slow to react, as much as it was against General MacArthur in Korea, but when they move forward it is planned, deliberate and smashing.

https://au.news.yahoo.com/chinese-hong-kong-military-tanks-troops-convoy-amid-protests-pla-army-080134668.html
Pictures of Chinese tanks and troops rolling through the streets of Hong Kong have unsettled locals, who fear "blood is about to flow" amid pro-democracy protests. Chinese state media shared ...

August 30, 11:53 am (ET)
Chinese authorities have declined to renew the press credentials of a Beijing-based Wall Street Journal reporter, effectively expelling a journalist ...

It remains to be seen how adept the Chicoms are at stopping all cell phone selfies getting out in this, but it did not matter in the Square, as that footage was beamed to the world as shock and awe, and China in slaughter got it's way.

The Australian press is covering  this as they know they are the next jumping off point for China in the big war as much as Alaska. What is emerging is Hong Kong is being cut off by land, sea and air, and when the communists move, it will be a complete death to Hong Kong.

The pictures do not reveal all, as you are not seeing the thousands of PLA operatives who  have been protesting, taking names of other protesters, their home addresses and making recordings of them. This is why Peking did not throttle this down. They are doing what the Chin always do in being plodding, complete and massive. 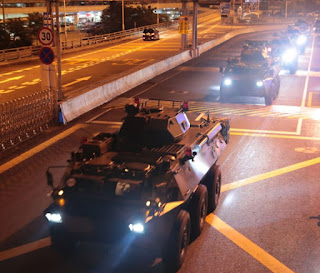 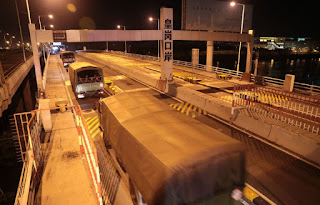 The PLA Navy arriving to allow no escape. 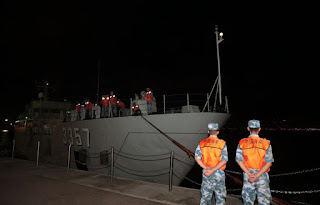 The intelligent citizens fled to Taiwan, but Peking is not concerned about their escape, as Taiwan is on the coming agenda, as Pekin gauges Donald Trump's non response. The question is where is Donald Trump?


Donald Trump is no a Ronald Reagan, railing against the evil empire of Moscow. Mr. Trump talks trade deals as he deals away human rights and freedoms. He is a National Socialist as are the democrats silent in this macarbre theater. The fact is the deep state now supporting Donald Trump wants a crackdown, and helped foment this. They want war to divide up China according to the Brzezinski plan. There are tons of gold in China waiting to be liberated, and there is money in killing the PLA.

Look at this from logistics. America is in South Korea, Japan and quasi operational in the Philippines and Taiwan. There will be  moves into Indochina in operational response.

South Korea will be a bleed point as the Philippines were against Japan, to expend PLA resources, as much as Taiwan in a real war. China could invade Japan and Alaska, but their resources are not capable of sustaining.That is another drawing out and bleed point, while China's lack of food, oil and supply runs  short. If China moves past the Khyber, that land bridge to Iran exposes them as vulnerable in wasting more resources.

So that is why Donald Trump is silent. Hong Kong is expendable for the great game. The situation though with Ronald Reagan, no human lives were expendable. Human lives as in Refuseniks were pawns, but they were not left to die in the gulag.

This is not what winning looks like.and the Kushner fag media owes the people on the right an apology, because liberty is dying as in America due to agents of change fomenting unrest.

DoJ: No prosecution for Comey over leaks | CauseACTION Clarion

https://clarion.causeaction.com/2019/08/01/doj-no-prosecution-for-comey-over-leaks/
So much for the former FBI director perp walk, eh? Despite receiving a referral from Inspector General Michael Horowitz over the matter, the Department of Justice will not prosecute James Comey for the leaks of his memos to the New York Times through a cut-out.


Just remember that the PLA has thousands of agents, criminal schemes all operating in the United States, Canada and Australia.

Remember what Trump winning looks like, as fags praise  it and democrats hold  his robe, as Hong Kong is being crushed the dragon's way.