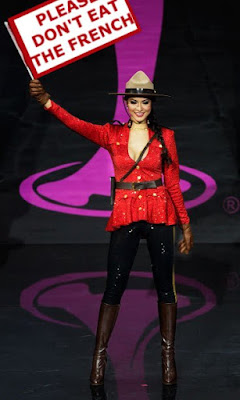 The Lame Cherry is petitioning the regime in Ottawa Ontario of Prime Minister Justin Trudeau, to place labels on all Frenchophiles entering Canada and the Territories in order to safeguard them, as two innocent bears were shot down in an attempt to discover which race, the Black or the Brown, which killed and ate, the noted maestro, composer Julien Gauthier in the Canadian wilds.

It all started out with Maestro Gauthier having traveled to the Antarctic where he turned Penguin music into Humanoid Music, and in 3 years of planning with Biologist, Camille Toscani, where there is only this photo of her attractive self, ventured to the Canadian wilds, and somehow late in the hours of the land of the midnight sun, the Maestro was dragged from his tent by bears, but for some reason the bears did not harm Ms. Toscani. 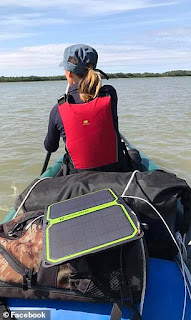 Camille, before I die, I want a real bush friend experience.


Unexplained in this is how bravely Ms. Toscani, fled for her life, the bears did not chase her, and who she bravely made it to another campsite, where they did have an emergency beacon, which alerted authorities to come kill bears and the world could lament there would not be any Grizzly Bear Overture. 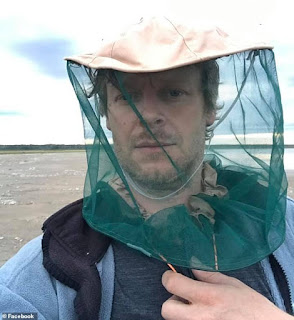 I was not even menstrating in the bush.

Musician killed by bear in Canada
while gathering nature sounds
Irish Times [Dublin, Ireland], by Leyland Cecco Original Article
Posted by NorthernDog — 8/21/2019 7:57:54 PM Post Reply
Toronto - A French artist who used the sounds of nature in his music has been killed by a bear in Canada. Friends said Julien Gauthier (44) was the victim of an attack after a bear entered a camp near the village of Tulita, in the Northwest Territories last week. The police have not yet publicly identified the victim. Gauthier was travelling with a biologist, Camille Toscani, on an expedition in the sparsely populated area, recording new sounds for his work. The pair had planned to travel from Fort Providence to Inuvik, two towns separated by more than 1,500km of wilderness

All of this could have been avoided if Ottawa had simply passed a law, outlawing bears from killing the French. There should have been background checks on all bears to ascertain their mental stability as Donald Trump is about to make the law of the land in the States.
In this way, there would not have been any more mass  bear attacks on the French. We could be assured that all homicidal bears would be in mental institutions, as Canadian red flag laws would have had members of the bear's family petitioning magistrates who would then confiscate all of the bear's deadly weapons.

The French would all be required to wear this label: 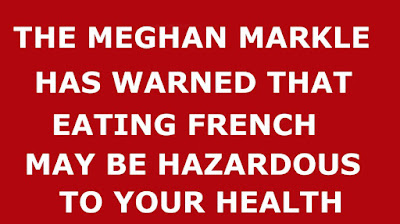 With these warnings and banning of bears eating the French, Ottawa would have avoided all of these problems, as it seems there must be a rather large problem with assault bears and wolves across Canada.

There also seems to be a theme in this in when humans lay down in tents, that bears and wolves try to drag them away. In that, Ottawa must also ban all tents as they are extremely dangerous, along with sleeping bags. If humans do not have tents, and sleeping bags and all the French would be banned from laying down, Julien Gauthier would still be alive. 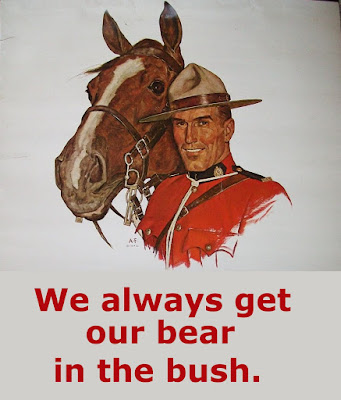 https://www.washingtonpost.com/world/the_americas/parks-canada-says-camper-injured-in-rare-wolf-attack/2019/08/15/ab2e4994-bf93-11e9-a8b0-7ed8a0d5dc5d_story.html
Aug 15, 2019 · TORONTO — A wolf attacked campers at Banff National Park and tried to drag an American tourist away before being driven off, the agency overseeing Canada's national parks says.

There is a bit of a problem in this as it appears that some Canadian had the illogical action of arming themselves with a pocket knife and fighting off a grizzly bear. How could they not just follow the rules and dial 911, and wait for the Royal Canadian Mounted Police arrive  to save them from grizzly bears or wolves who had not yet had the opportunity to read labels to not eat French and more importantly to turn in their weapons for an Ottawa buy back.


So the Lame Cherry petitions not only Justin Trudeau and Donald Trump to sew labels into the French, to outlaw their owning sleeping bags, tents, laying down and sleeping, while a buy back of assault wolves and bears is undertaken by Ottawa and DC. 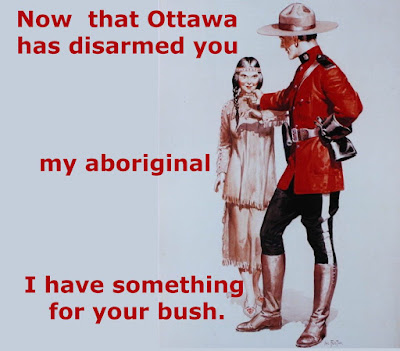