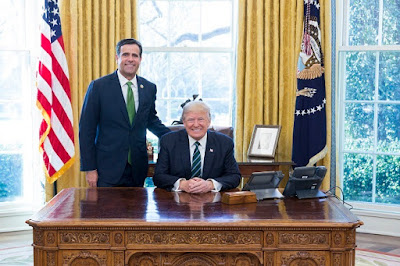 Will Donald John's John put the Rat in RATcliffe?


With nomination of John Ratcliffe of Texas for Dan Coats job as National Intelligence Director, the Lame Cherry is not buying into the propaganda that suddenly we have entered into the "prosecution" phase of the coup plotters, because Ratcliffe has been an Al Franken bulldog for Donald Trump in the House.

See I remember  that fraud Darrell Issa who kept telling us to re elect him and to elect the GOP and he would get the evidence to send Obama to prison........never happened as Issa was a deep state plant.

See I actually look things up in intelligence based data mining in looking for missing links. 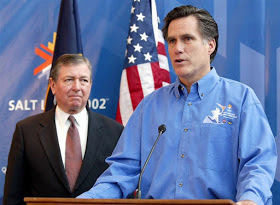 
See when I find on Wikipedia something like this:

Following his public service, he went back into private law practice, becoming a partner with the former Attorney General John Ashcroft in the Ashcroft, Sutton, Ratcliffe law firm. He served as an aide to Mitt Romney as part of a transition team established before the 2012 elections for vetting potential government appointees.


I start the Memory Alpha and remember how it was John Ashcroft, the saintly Attorney General who unleashed Patrick Fitzgerald in a  coup attempt against Vice President Dick Cheney, created by insider Dick Armitage, to place liberal Colin Powell as Vice President, as has only been reported here. 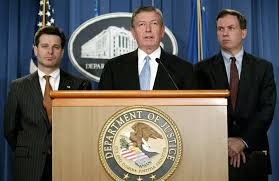 I remember that in the stinky mess of Pissgate, that it was Katie Walsh who was running the finances in stopping donations to Donald Trump, while her House fink finance, was proposing to her at Number 10 Downing Street, where MI Theresa  May, and soon to be rewarded Prime Minister May would derail Brexit after created the Pissgate dossier in Michael Steele with the Clintons to frame Donald Trump.

What does Walsh have to do all of this? She was John Ashcroft's protege and when Donald Trump fired Walsh, it was Mike Pence who saved  her, and who should now be in billion dollar monopoly control of your private information, but Gerritt Lansing who was hired by the RNC when Walsh was there for data mining, in pushing aside better programs for the new WinRed data mining operation, selling your private information.

So the person Donald Trump just put in charge of all intelligence...... was born in Obama Illinois, was raised up by the Bush fam, worked for John Ashcroft, was so well thought of, that Ashcroft made him a full partner in crime, and worked for Mitt Romney, the #NeverTrumper.

Gee if I was in the Central Intelligence Agency and saw something like  this in any other nation, I would flag this guy as an intelligence asset, who was a sleeper, and would analyze this  as John Ratcliffe was playing a part just like Lindsey Graham is for the deep state, so Donald Trump would bring him in as the Martin Borrmann of Hitler's last days, in being the gate keeper.

adam.curry.com/art/1553964162_uPMkhDnd.html
In one of the odd leads in this, Missouri kept surfacing in John Ashcroft serving on boards, and John Ashcroft having been the benefactor of Katie Walsh, whose husband proposed to her at 10 Downing Street in a real British insider control of the 2016 elections.


There really are only two conclusions in this, in this is either Donald Trump, once again being led around by his small mind by the swamp rats to get their boy installed for Mike Pence, or Donald Trump is the deep state. 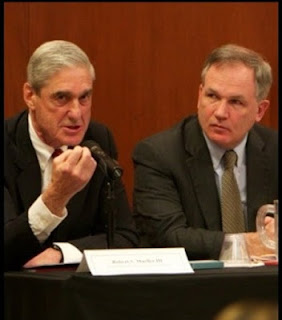 The Faces of Justice

Fired FBI Director James Comey has reportedly added a longtime friend with one heck of a resume in former U.S. Attorney Patrick Fitzgerald to his legal team.
The report from Talking Points Memo cited two Capitol Hill sources that say Fitzgerald is aboard to help “navigate [Comey’s] dramatic role as a potential witness in the investigation of President Trump’s campaign and potential obstruction of justice.”
Fitzgerald did not comment and known Comey attorney David Kelley did not confirm or deny the new hire. 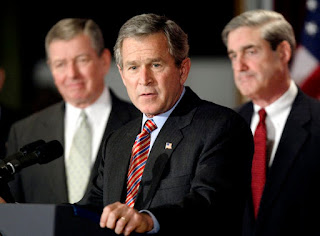 So pardon this American thinker in not sucking down this green kool ade as it just does not smell right as it has the scent of pedos, swamp gas and things that go bump in the night.

Too much cover is being given to John Ratcliffe by the #NeverTrumpers. Any time that happens, it indicates he is one of them. Remember Peggy Noonan was for Ronald Reagan, Shep Smith was right wing, and John Roberts was a Conservative, before they all knifed us in the back.

Democrats asserted Ratcliffe was unqualified and too partisan to serve in such a role, considered among the most nonpartisan in the federal government, and some Republicans also privately expressed discontent with his selection. Senate Intelligence Committee chairman Richard Burr was slow to congratulate Ratcliffe for his selection.Senator John Cornyn, a member of the Republican leadership, stated, “I have confidence that John understands the difference between being a member of Congress and being (the Director of National Intelligence), which obviously is a nonpartisan position," while Democratic senator Ron Wyden, a member of the Intelligence Committee, stated, "The sum total of his qualifications appears to be his record of promoting Donald Trumps’s conspiracy theories about the investigation into Russian interference and calling for prosecution of Trump’s political enemies."


At what juncture will John Ratcliffe hold the robes of those who bring down Donald Trump?

The Missing Links, just who are they. 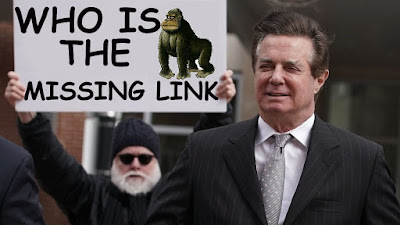