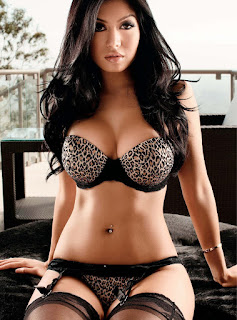 I am the Alt Chin

You get what you pay for and as you deadbeats have not been paying from your ill gotten portfolios, there will be zero entertainment in this, but just the facts.

I witnessed a story where the Mockingbird was brainwashing people that there was not an alternative to China in Donald Trump's trade war. That is bogus.


Can Trump 'order' companies to look 'for an alternative to ...

https://www.americanthinker.com/blog/2019/08/can_trump_order_companies_to_look_for_an_alternative_to_china.html
No doubt, President Trump's opponents would litigate any invocation of this act, challenging his declaration that China's trade practices constitute "an unusual and extraordinary threat," just as ...

It is bogus that China can mount an effective counter strategy to Trump Trade Wars.

https://www.cnbc.com/2018/07/19/4-lethal-weapons-china-has-to-help-win-the-us-china-trade-war.html
Jul 19, 2018 · There are many reasons as to why China wouldn't do this — it would make China's own holdings lose value and there's no good safe alternative for their dollars, but if they really want to .

This is what American policy looks like if Donald Trump was an American and not Democrat Don.

What is the reality in this of the king pin, is President Vladimir Putin. Donald Trump makes peace with Russia, and it solves China by playing the Russian card. America replaces China with 4 times the people, in 1 billion out manufacture China, 1 billion fund through their oil American exports to them, and 2 billion more are the golden goose of Africa.

China has no weapons.

The one in question is lowering the value of their currency, but the minute China does that, it devalues China on the international stage, and for revolution sake, it costs disgruntled Chinese 8 percent more to exist in that shit hole. Inflation to China kills China.


So no entertainment, just the facts, just the reality of what US policy should be, and you can ask yourself the question in searching for the answer why the Nazi conglomerates of America have not produced this effective policy, instead of one which is robbing Americans in Republicans States in Trump Trade Wars.