The Coincidence of Presidential Assassinations and Mass Murder 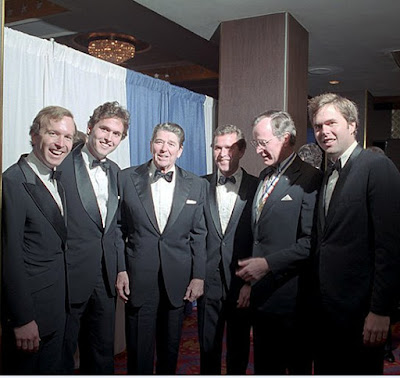 Ronald Reagan and the Destroyers of His Legacy


I am currently reading a very entertaining book by Ronald Kessler, In the President's Secret Service. As I was beginning Chapter 9, a name popped out at me which I had recently heard, and as it is not a common name, I wondered at the connection between George W. Bush and events that go bump in the day.

See in the above photo of President Ronald Reagan, are George HW Bush and his four sons. This family has literally moved heaven and earth to destroy Ronald Reagan's legacy and Conservatives in the United States political system. What you will be reading are degrees of separation and coincidence, that keep coming up, and yet in this pattern, the mind begins to wonder how this all can be just coincidence and like names and events appearing.

This begins not with the Bush family, but with the leftist Obama voter, Connor Betts of Dayton Ohio. We now have absolute confirmation that Connor Betts was on prescription medications in Xanax, was mixing them with cocaine and alcohol, and this is what causes the mass shooting in Ohio, not a semi automatic rifle.

I have stated plainly here that taking God out of people's lives as a barrier to violence, and then removing that part of the brain which keeps people from violence, by alcohol and drugs, and the end result is Connor Betts.
It was not a firearm which caused the Ohio shooting, but a liberal party and mind altering drugs.

I will quantify the above though in addition, that it was not just Connor Betts shooting people in Ohio. It was Dayton Police, who in the spray and pray teaching of the Jewish Mosaad, the Police shot citizens in Ohio, this time it was liberal police state brainwashing of police which caused Americans harm in addition to Connor Betts liberalism. 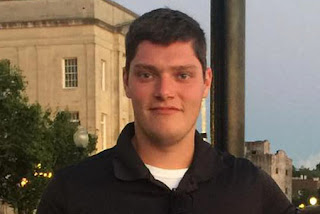 Dayton mass shooter Connor Betts had cocaine, Xanax and alcohol in his system when he killed nine people with an assault rifle, police revealed Thursday.
Dayton police said Betts had “a pipe device and a baggie of cocaine” on him after he was shot dead by cops during the Aug. 4 massacre in Dayton’s trendy Oregon District.
A preliminary autopsy determined that officers fired at least two dozen shots at Betts, striking him through “gaps” in his body armor, according to Montgomery County Coroner Kent Harshbarger.
The autopsy also found that two of the victims were hit by bullets fired by the police officers and one of them died — but that the cops did not fire the lethal shots.
“While it weighs heavily on us that our response caused harm to these victims, we are comforted that none of our rounds caused the death of any of these innocent people,” Dayton Police Chief Richard Biehl said, police said on Twitter.


It was in Ronald Kessler's book that I came across this paragraph in George W. Bush with his wife,  taxed the Secret Service, in taking a dinner trip to a friend's house, Anne and Clay Johnson. 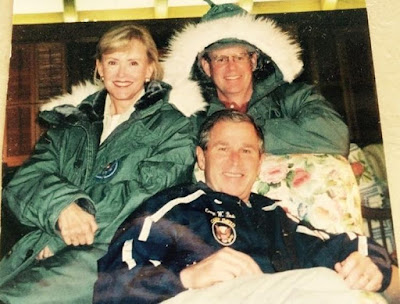 It was the guest list though which was puzzling, in Protector of America, Robert Mueller with his wife were included with an intimate friend of President Bush, and then the name popped out which has been in the news, in Roland Betts was also included in this intimate trio of the witch hunt Robert Mueller, and a family name of Betts, as in the Ohio shooter.


When George W. Bush was President, he and Laura had dinner at the home of Anne and Clay Johnson, a close friend from high school. Guests included Bush's Yale friend, Roland Betts and FBI Director Robert Mueller III, and his wife Ann.


Who is Roland Betts? He is described as a very close college friend of George W. Bush. He is a liberal and a great supporter of the democratic party. There is more to this in forensic psychology which will have you wondering of the coincidence in why George W. Bush gloms onto Roland Betts. 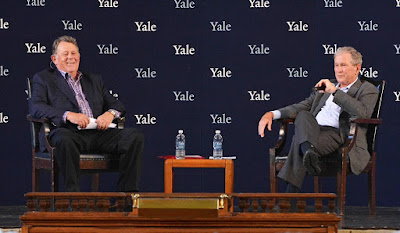 https://georgewbush-whitehouse.archives.gov/news/releases/2002/02/images/20020209-3.html
President George W. Bush and friend Roland Betts walk a private trail along the Snake River in Jackson Hole, Wyoming, Saturday, Feb. 9, 2002. The President and Mrs. Bush are staying at the Jackson Hole residence of Roland and Lois Betts.


This is Roland Betts with his family. His lovely wife Lois is beside him.  You will begin wondering in this as you will recall the infamous photo of George W. Bush which appeared after he left the White House. 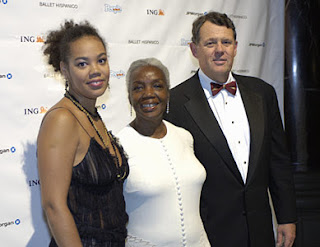 
Yes, Michelle Obama who hates White people, and the Obama's said they hated George W. Bush, but as soon as Bush left office, the Bush's and Obama's could not be more intimate. It makes one ponder in Bush psychology in the reason he kept Roland Betts around is Betts was living the Bush dream, in George W. Bush has always wanted a Negress as his wife in the Bush jungle fever as Stanley Ann Dunham had over Barack Sr. 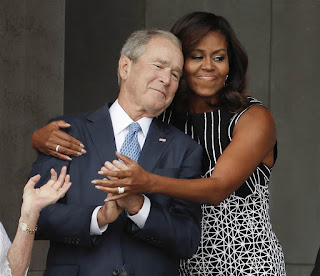 George W. Bush with the lovely wife of another man.


It is the Bush family connection though to the Reagan assassin, John Hinkley which has never been solved and has been a deep state puzzle.
There were odd things about the Reagan Assassination, from reporters stating they heard shots coming from behind them in the hotel, to Neil Bush having dinner with the brother of John Hinkley before the event. The Hinkely's and Bush's were family friends, and it begs what are the odds and the coincidences in this as Vice President Andrew Johnson was not dining with John Wilkes Booth's brother nor was Teddy Kennedy dating Lee Harvey Oswald's sister.

All things are possible when it comes to the Bush family by coincidence. 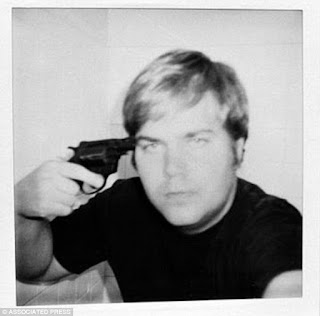 https://whowhatwhy.org/2016/08/16/bush-angle-reagan-shooting-still-unresolved-hinckley-walks/
Why did George H.W. Bush and his cabinet determine that John W. Hinckley Jr. — the man who in 1981 tried to kill the newly inaugurated President Ronald Reagan — was a lone nut, and no conspiracy, foreign or domestic, was involved? How did they arrive at this conclusion just five hours after the shooting, without any thorough examination?

Bush Son Had Dinner Plans With Hinckley Brother Before ...

www.voxfux.com/features/hinckley_bush_connection.html
Not only is this lunch between Hinckley's brother and "Sweet Deal Neil" (who later gained lasting infamy from the Silverado S&L scandal) well documented, but in late 1981 the Washington Star newspaper (which closed down a year later) reported in its society pages that John Hinckly Jr and VP George H.W. Bush were ninth cousins to each other ..


Loaded into this was an intelligence and security briefing by legendary syndicated columnist Jack Anderson in 1981 AD in the year of our Lord, who reported that John Hinkley was connected to a shadowy group of Iranians, and all of this has been covered up.

A second gunman, known as 'Brother Yussef,' also was sent to kill the president, it said.
The Islamic Guerrilla Army is the same group suspected in the murder of a former press aide to the Iranian Embassy, Ali Akbar Tabatabai, outside his suburban Maryland home on July 22, 1980.
The article said the FBI and Secret Service still are investigating Rollini's story, but that a '50-page Secret Service report makes it clear that Rollini knew in advance' of the assassination attempt.

So in the thread of connections murdered Black Americans in Dayton Ohio have a connection to the assassination of President Ronald Reagan decades earlier.

Ronald Reagan was shot by John Hinkley.
The Hinkley family were friends with George HW Bush, who set up Iran Contra to impeach Ronald Reagan.

George HW Bush's son , George, has an intimate college friend, named Roland Betts, who by coincidence has the same last name of the Dayton shooter, Connor Betts. In this George W. and Roland Betts both share the same taste in Negroid women for intimate companions.
George W. Bush's other friend in Robert Mueller III was the person chosen to bring down Donald Trump and stop the Reagan revolution manifesting again.


All of this ties into gun control being pushed in like events, all from the same patrician leftist sphere of fake news.

Oh and you also have a friend that you dine with in this group who was chosen by the deep state to destroy another President.


It just seems there are strange coincidences with the Bush family that no one, even the Kennedy family ever experiences in all their weirdness and tragedy. 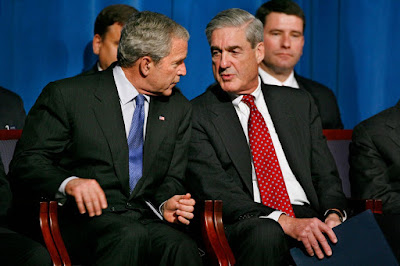 
Once again another Lame Cherry exclusive in matter anti matter, because no one else will point these odd things out.