The Issue is Drug Control not Gun Control 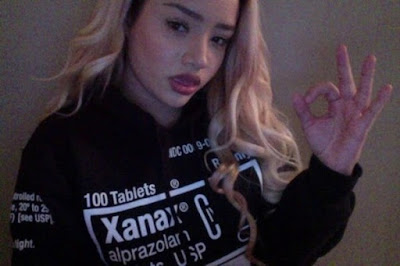 
Just an educational point for the uniformed President of the United States after his statement.


“We don’t want to see crazy people owning guns,” the president said. “Mental illness is something that nobody wants to talk about. They pull the trigger. The gun doesn’t pull the trigger. We want to look at mental illness, so we’re doing that. I’m talking to many Republicans. They want to see something happen. They don’t want to have insane people, dangerous people … having guns. Republicans agree with me on that.”

But first, this just in on who is a crazy person owning a gun, according to the world media.


I digress as the President was making a point on crazy people not owning firearms.

Back on subject, for our uniformed President, the reality is Connor Betts of Dayton Ohio, was not crazy, but as this blog has noted time and again, when a society removes God's morality as liberals do, and when a society has people in it ingesting mind and mood altering drugs, and alcohol, the natural human reactions to not engaging in violence are removed.

Coroner: Dayton Gunman Had Cocaine, Alcohol, Xanax in His System

Connor Betts had cocaine and other drugs in his system when he opened fire in Dayton, Ohio's Oregon entertainment …

So the uninformed President should be speaking to Republicans not about crazy people, because crazy people are not the issue here, but the reality is it is the mixing of narcotics, prescription medications and alcohol which are the issue.

Perhaps if Mr. President had kept his promise in stopping the violence in Chicago, which is the hub of illegal drug smuggling into America, after Birther Hussein unleashed MS 13 there on Blacks and Hispanics, to launder that money into Wall Street coffers which benefits New York, Goldman Sachs etc..., then Connor Betts would not have at least had the cocaine, and if stricter controls were placed on Wall Street pharmaceuticals and doctors handing out mind altering drugs for immense profits, then Dayton would not have happened.

https://www.washingtonpost.com/news/post-nation/wp/2017/01/26/trump-calls-chicago-violence-very-easily-fixable-and-blames-it-on-political-correctness/
Jan 26, 2017 · [Donald Trump says a 'top police officer' in Chicago said he could stop surging violence in a week] Police in Chicago have blamed the surge in violence on gang members and illegal guns, many ...

It is disingenuous of this President to be this uninformed or to be informed and engage in this demagoguery in smearing people with mental issues and infringing on the Second  Amendment.

Now I am not the President, but a poor orphan girl, but I do educate myself. Odd in the thousands of people Mr. President has no one who has managed to inform him that his 2020 campaign issue has a reality hole in it, that you could float a whale through.

But then again, when you have advisers like the Princess who can not operate a search engine or comprehend numbers, this President is on par for his golf course statements.

https://www.politifact.com/illinois/statements/2019/aug/07/ivanka-trump/ivanka-trump-conflates-chicago-gun-violence-statis/
Additionally, the city of Chicago experienced yet another bloody summer weekend of gun violence. As President Donald Trump came under intense criticism for his divisive rhetoric in the wake of the ...