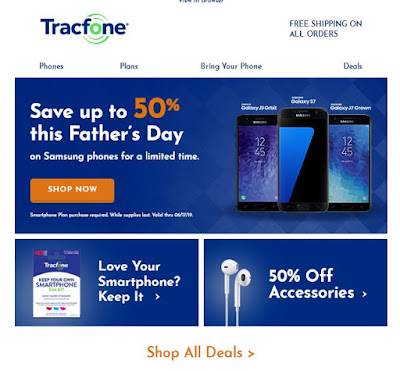 
I know the United States is in economic recession for the past year, when a Mexican company like Tracfone is being squeezed by AT&T, so it is bare bones selling 15 dollar off year long service contracts, and offering 50% off on phones and accessories, as the poor are not able to purchase anything.

See this is bigger than the Stock Market tanking again after Robert Mueller uttered his impeachment call of Donald Trump, because the stock market is a fiction of the money laundering scammers. This is about real people, and the entire US economy under Obama Nazi Conglomerate concentrated wealth, not being undone by Donald John Trump,  being gouged where the price of food is being inflated  due to energy inflation, as the poor are in competition in the United States with all of these non tax paying invaders being let into America for slave labor.

These Mexicans and Muslims are not running payroll taxes, but are expected on their fake Social Security numbers to pay April 15th, but that is not happening, as that money is in Mexico and Mecca, and the government knows it, but keeps this human traffick around as it sells  bling for the big conglomerates. All the while real Americans can not afford homes, cars, clothes and school, because an American can not compete with foreigners who are not having to pay 1/3rd of their income to the IRS.


Donald Trump is dumping in 1.5 million legals and 1.5 million illegals every year. That kind of competition is the American Genocide of the Black and White Protestant class.

The American is being broken one penny at a time, in raping the savings, the investment, the living, the equity and the retirement from the Citizen.  Yes take your retirement to have a baby, put a kid in college, but with the reality that the tan skins will be the ones by Obama policies, owning the businesses and the land, that prejudice is going to reflect Somalia Twin Cities or Mexico Denver in your White and Black skins getting a job to pay off those loans.

The United States in recession. It is only a matter of time before war or depression follows, as the move with HAARP to void Americans of farmers for robotics is in a timely process.  The United States simply can not house 500 million tan skins, as the resources in water to energy is simply not there. In a liberal green world, the tan skin is a cancer which will consume all resources and leave a ghetto America, with fenced enclaves for the remaining rich protected by the police state.
That is what these policies are producing and there is not any way to not produce the worst of times in this disaster policies, designed to genocide Americans.

And as none of you have factored in the reality of the American udder, as numbers of these shit holes like Mexico have over half their economy in skimmed US wages sent back, what happens when America implodes, which it indeed will? Numerous African, (Nigerian scams), Mideast Islam and  Latin American nations are going to implode as they export slave labor, to have American money returned to prop up their socialist feudal realms.  Take America out of the picture and these festering sores of the cartel exploitation become cankers eating  to the core of civilization.

Poor Americans, who work, generate the US economy. Those Americans are being removed and the definitive signs of it all, are the constant price slashes as these billion dollar conglomerates no longer can remain in the black. In the above, Mexican Tracfone is having problems. This in turn is a problem for South Korean Samsung, which becomes a real problem for the rest of the world, as South Korea is the techno electronics leader and it is not that trash coming out of China.

This is not just economic recession, but world regression as events fold onto another, in civilization is in the process of degrading, devolving, regressing, instead of being innovative and advancing. It is why the United States is being brought down, so it will no longer dominate, and the feudal cartel will dominate with a few drones and the keys to international finance.

If Ronald Reagan could have worked a deal with Bill Casey of the CIA to provide a living for American Protestants, then Donald Trump could have too. That did not happen, and MAGA will become STAGNANT.

Happy Father's day, because the handwriting is on the wall.