The Spiders in your Smart Phone 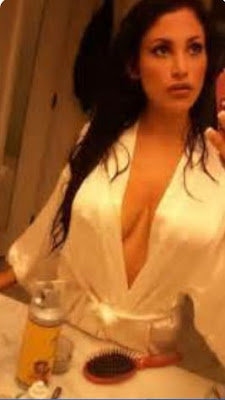 Arrests for such threats are routine. For example, the Secret Service arrested Barry Clinton Eckstrom, fifty one, who lives in upper St. Clair, Pennsylvania, after a Secret Service agent, alerted that the man was sending threatening emails, SAW HIM TYPE the following, into an email he was sending from Pittsburgh area PUBLIC LIBRARY: " I hate and despise the scum President B*sh! I am going to k*ll him in June on his father's birthda."
Eckstrom was sentenced to two years in prison and two years supervised release.

https://www.historyonthenet.com/barry-clinton-eckstrom
Barry Clinton Eckstrom was a mentally ill man who wrote threatening letters to many public officials, including President George W. Bush in 2007

To review what the Secret Service disclosed to Mr. Kessler, an Agent was monitoring a computer at a public library where he knew his person of interest was typing a letter from. How it is not disclosed, but what is indicated is this was a live feed link to this public computer, which was a Windows system and the Secret Service was reading the letter as it was typed. This was active in 2007 AD in the year of our Lord.

This security takes place at H Street, Joint Operations Center, 9th Floor. In this, you do realize that the Trump Twitter account is part of this tracking and the idiot comments directed at the President are logically in part an enticement by Agents to goad the lame brain into listing themselves, just as the Tom Arnolds and Alyssa Milanos are on Twitter to Pied Piper the flies into the web for the spiders.

These are the Class 1 to Class IV persons of interest who are tracked 24 hours a day. White Supremacy does not exist outside of the FBI trolls steering the scattered few. White Supremacy is a cover to tap into as much the left as the right, as this is a complete web of interconnection.

So the above article in the FBI monitoring in "near real time" is a deliberately misleading, as from my personal experience in posting things here, I am frequently monitored by wetware who are reading what I type as my old laptop slows down. Frequently I have a bizarre lock up of the browser which reveals TWO BROWSERS are open on the same pages. This is a glitch in this system apparently, but this ability to read what you are typing live on any computer in the United States, and apparently public libraries are all hardwired directly into national intelligence. Do you understand now why Wifi is free  in areas? It is subsidized by the NSA from your restaurants to your libraries to gain easy access to anyone.

All of this tracks back to being implemented in the 1990's, in a most expensive and detailed spying program on Americans.

https://en.wikipedia.org/wiki/Stingray_phone_tracker
The StingRay is an IMSI-catcher, a controversial cellular phone surveillance device, manufactured by Harris Corporation. Initially developed for the military and intelligence community, the StingRay and similar Harris devices are in widespread use by local and state law enforcement agencies across Canada, the United States, and in the United Kingdom.

https://www.cnet.com/news/fbi-prepares-to-defend-stingray-cell-phone-tracking/
The FBI has used "stingray" cell-tracking technology since at least the mid-1990s. Now it's the focus of a constitutional challenge. The Federal Bureau of Investigation's secretive "Stingray ...

FBI is behind mysterious 'Dirtbox' spy planes that can ...

https://bgr.com/2015/06/03/fbi-dirtbox-stingray-spy-plane-program/
New information on the matter reveals that the FBI is indeed behind the planes, and it uses more than a dozen fake companies to conceal its air support missions, which include these "Stingray ...