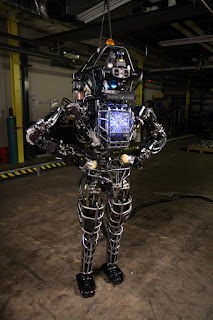 And he that is courageous among the mighty shall flee away naked in that day, saith the LORD.


The teaching from the Holy Ghost this day is one which most of you have no idea of as you trust in the police state and Pentagon for your security and  safety, and not God.

The fact is, is that America and the People of the West are the exiles in speaking a Indo European, or India, or Mideast language based from the time that the Lost 10 Tribes appeared, who were the fathers of Americans and western Europeans.

Americans are Samarians, or the Kingdom of Israel. History is repeating again, as our forefathers once had one of the best militaries in the world, but like America, the population aged  and there was rot in the luxury of this people who had abandoned God and went into debt.
Grey hairs are spoken of by the Prophets of God in Israel, and those same marks of weakness are in the United States, now home to a vermin Sarmitan people imported to possess the land.

At one time in history, the American and British forebearers were the finest cavalry in the world. When the Assyrians conquerred Samaria, those horse soldiers comprised the lightning fast branches of the Assyrian military. The Israelites escaped north to the Caucasus, and into Asia and Europe, and would later appear as the horse soldiers of Caesars legions called the Roos.

The above warning of the Prophet Amos is sure. The time is coming when the US military will flee in being driven before the wind of other military. Call this Custer's Revenge in all the assinine detractors of the deep state and the aboriginals who have not let him rest in peace for their sins, but the time is coming when those who have not supported the true  Americans, will have a reckoning in discovering what it is like to have a military vanish and for that military to be vanquished.

Those are the Words of the Prophet of God in duality, in what took place is in process appearing as a horizon event again.