Now after being tortured by Seth Rogen and Steve Carrel in Knocked Up and Steve Carrel and Seth Rogen in 40 Year Old Virgin, I can 100% state that the two worst actors and acting humans on the planet are Carrel and Rogen. If only the finger guns they keep pointing at their brains actually had bullets in them to put them out of our misery they create in polluting screen television.

What convinced me of this is Paul Rudd.

What does Paul Rudd of Lenexa Kansas have to do with this? Well Paul Rudd stars in both of these horrid movies and he tries to salvage Knocked Up, but in 40 Year Old Virgin, Rudd looks like he figured out that Steve Carrel wrote the movie so that he could movie fuck Paul Rudd's wife.

Here is the proof. 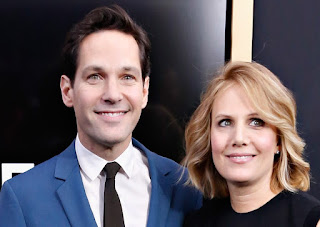 Yes Mrs. Paul Rudd is pretty. Surprisingly she is a good actress, better than her husband by a long shot, but Paul Rudd does a good dead pan, unless of course someone gets them to sign a contract so they can movie fuck Mrs. Rudd.

This started with writer director Judd Apatow wrote a part where Rudd gets cucked by this freak who keeps getting naked in movies to show his cock off. Apparently Carrel got off on this as he wrote a movie to cuck Rudd on screen by getting all over Rudd's wife.

I have never figured out why Rudd got involved with these weird shit freaks. I mean Knocked Up is like the shitty cast of the Office and 40 Year is like Rudd figured out these assholes fucked him over on screen as the Cucktoid of Cucktoids, and Rogen and Carrel were in on the joke and Rudd figured it out to his humiliation just as filming began, and the Rudd's wouldn't break the contract, which was more about they would never work in Hollywood again if this Charlie Rose mafia would be offended by not taking the cucking.


What the hell is up with Carell's wife, is just what is the symptom of them all. 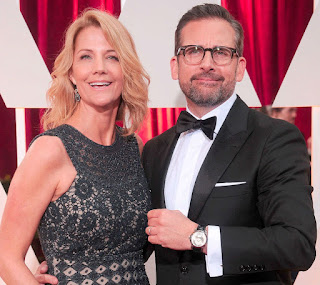 
The most degrading is Rudd was playing drunk and showing his ass for faggots to jack off to. Carell wrote this shit for a colleague who actually salvaged his pathetic misogynistic comedy of abusing women.

Yeah that is the reality of the two worst actors and human beings in the world.

Who knows maybe Paul Rudd will go postal out of Lenexa and cap these two pricks to salvage some of his dignity.

Paul Rudd deserved better than that.