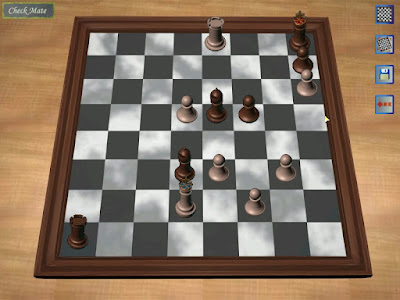 
I had to share a theme in what is preached here in always making a move in life, as this European chess game which I play is interesting in if you sit on your spaces this game will light you up, but if you are always aggressive, it will sit back and you can defeat it.

I was not paying attention in the above game, and I lost a knight about halfway through the game, shifting the balance of power and after that the computer became more aggressive and I could not get out from under the assault.

It came down to the above that while I had the king pinned, I was facing two bishops, a knight and rook.

The computer had been pounding me and I should have been checked, but for some reason an aggressive move I made, gave me a one up on the computer moves and it started reacting to my attack, instead of attacking, and it came down to the point of the knight started to block, and I nuked the knight which led to check mate.

I was honestly going to quit, as I was tired, but decided to keep at it to see how bad I would be beaten, and instead it was a win.

This is not Spock on Star Trek in Tri Dimensional Chess, because there are holes in this game and if I do not set up the board for defense and attack lines through, this game will whip me. When I first installed it years ago, I remember playing it and getting creamed every time, and  then one time I saw I was going to win, andI just sat there thinking, "What kind of trap did this game set for me?, as it did it all the time and I would lose, but this time after some time of study I just moved and it went check mate, much to my delight.

It is the thing with each chess game, that they all have to be played differently, including Microsoft's version or it will exploit your weaknesses and defeat you. The thing is though if you play the games enough, you will learn the holes in their attacks. Most games have a theme of attacking with knights which cause numerous problems. My answer is to just nuke them. A knight can not devastate you if it is off the board.
I prefer in most games to kill one bishop which makes the other one in most cases worthless and take queen for queen, and then play the game on those terms.


Always make the world react to your positions or you are moving to catch up and reacting to their actions which you have zero control over and are always on a below 50% possibility of prevailing, which compounds with each reaction lessening your odds. Those are Baden Baden odds and why  casinos always win. 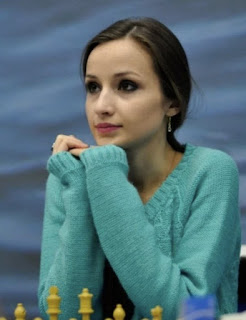