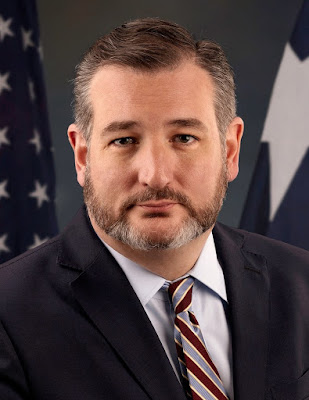 "I’d love to come in and meet with you on the gun issue and many other issues that include life, liberty and the pursuit of happiness... We can live-stream the meeting so the American people can hear your bulls--- 1st hand," Milano wrote, adding she'd like to talk about 1 Peter 4:8, which says: "Above all, love each other deeply, because love covers over a multitude of sins."

I really do not understand people who gamble on sure things.  Everyone always calls Muhammed Ali the greatest, but like all things in life, it is illusion in boxing as Ali staged his fights for victories. You don't fight who you will lose to, but who you will beat.

It is one thing  for President Donald Trump to mix it up with losers, but it is another thing for Senator Ted Cruz to invite a problem of the intelligence left in Alyssa Milano to the stage, where the risks are 3% in Cruz making a blunder he can not fix, and a 97% reality that he just elevated someone who could never be elected to anything, a place in the most exclusive club in the world in the US Senate.

Yes celebrity makes good theater for Senator Cruz and these quasi gloms like Alyssa Milano, but  it accomplishes nothing but elevating stupid.

That is why when Ms. Milano challenges Ted Cruz to hear his bullshit and then adds Scripture to her taunts in smearing Ted Cruz already as a sub human incapable of caring for others, and doing a live stream for her to exploit, that is the no win in this.

Ted Cruz is capable at debate. He has proven that, but what good will it do as a titan of debate to squash a vacuous ranter like Alyssa Milano, as it gains zero standing.

That works for Alyssa Milano as Ted Cruz apparently did not realize that when Milano quoted Scripture at him, it was Milano twisting Scripture where she is the one being superior in compassion and love, while Cruz is the sub human, securing borders, denying queers their rights, denying women abortions, dividing invader families and being a Nazi.

Living for God's Glory
…7The end of all things is near. Therefore be clear-minded and sober, so that you can pray. 8Above all, love one another deeply, because love covers over a multitude of sins. 9Show hospitality to one another without complaining.…


The Word in Scripture is Agape for Love. Agape is a love God has for all. It is akin to Checed in Hebrew, a caring to prefer someone, and what Alyssa Milano misses with her liberal self righteous hordes is that it is a MORAL PREFERENCE FROM GOD.

HELPS Word-studies
26 agápē – properly, love which centers in moral preference. So too in secular ancient Greek, 26 (agápē) focuses on preference; likewise the verb form (25 /agapáō) in antiquity meant "to prefer" (TDNT, 7). In the NT, 26 (agápē) typically refers to divine love (= what God prefers)

This may seem odd in this conversation, but what is morality? Morality is not what Alyssa Milano defines it as, but this is defined as moral preference based upon God's dictates.
You must understand that Alyssa Milano, Rob Reiner, Bernie Sanders, Barack Obama and all liberals including Debra Messing have their own excuses for what morality is. Morality to them is embracing human failure as an excuse for their failed choices.
Abortion is a solution for failure at sex. Sodomy is a solution in failing to not be a deviant. White hatred is an excuse to failing at not being capable of competing in healthy ways with Caucasians.

State those things to Alyssa Milano and responses are sexism, homophobia, racism as defined by the liberal excuse.

No one can have a discussion with any liberal, because Alyssa Milano has already damned Ted Cruz, as deplorable as Hillary Clinton in racism has judged all voters not like her as condemned.

The entire context is living for God's Glory which Alyssa Milano was damning Ted Cruz with. The fullfillment of God's Law is to Hate Evil, and to Hate Evil is to first believe God in what He states. That places one in right standing or Righteousness with God. That belief is that God would produce a Redeemer in Jesus the Christ to make up for all the failures or sin which people can never atone fore, and in that each person proves they are genuine by caring for others in literally looking out for others. That means for one thing, Alyssa Milano not condemning Ted Cruz with misused Scripture, and setting traps to destroy him as Pharisees engaged in against Christ.

Alyssa Milano and her type might in reading this start misusing Scripture again in "Judge not and you shall not be judged", but that misquoting of Scripture fails to note that the translation is about damning others or condemning them, as Milano engaged in. Christians are to DISCERN, to JUDGE, to WEIGH others in order to be wise to the ways of this world, in order to not be ensnared by the world.
Ted Cruz was not very wise in being snared by Alyssa Milano in he has allowed himself to be judged a sub human. It is as this started a reality of Ted Cruz has gambled and already lost a hand. He does not appear to understand what he allowed, because his mind would not engage in what Alyssa Milano did in smearing him.

The reality is Alyssa Milano enters Washington DC having branded Ted Cruz the sinner in the world while she is the Pharisee perfect in her morality, not God's morals.

The people on the left judge Christians, Conservatives, Republicans as deplorable and mock them. There is not any debate point which can produce any understanding when it begins with Alyssa Milano perfection and Ted Cruz as sub human. 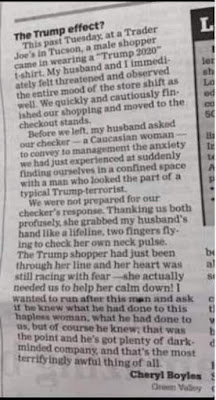