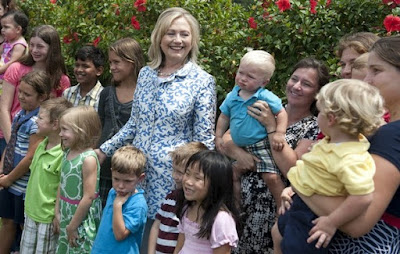 One of the things which has fascinated me concerning President Donald Trump is not the coups nor the impeachment, because Webster Griffin Tarpley already explained that.

What has most interested me about Donald John Trump is "pussy grab", not the tape which was leaked to the press by Paul Ryan, but how it was not about Donald Trump, but about the Clintons.
Yes pussy grab was about sex deviants Bill and Hillary Clinton and everything which followed from Harvey Weinstein to Jeffrey Epstein, is Clinton connected, and it is being connected for the absolute reason of keeping Hillary Clinton out of the White House.

As few of you ever reading this have attended or even in pillow talk been whispered to in what the meetings Lindsey Williams has spoken of, the meetings of the cartel are beyond the board rooms You simply just can not go in and blow John Kennedy's head off, or send the CIA in for the Kennedy's to bring down Richard Nixon as President.

Consider Epstein and Weinstein, as it is beyond Donald Trump going after rapist Bill Clinton in the 2016 AD year of our Lord campaign for President. These are Jews, powerful Jews, who assist Mosaad in the American Intelligence wing of the academy. You simply just do not  take out Jew assets and get away with it, as Mosaad will come for you.
These Jews were taken out, literally Epstein was murdered and then it was covered up at the highest levels of government, as Epstein had to be silenced, as he was, as this blog noted, the key who would bring down Hillary, Biden and Obama.

So how does it all work? In the meeting, it is voiced that you have an interest in settling a score. As there really are not any NSA secrets in what even the cartel members live are, everyone knows the reason behind this.
You will notice that Bill Clinton was raping women to his fury for years, but he never had this kind of trouble, until Hillary Clinton appeared.

Hillary Clinton appeared. This has to have something to do wth her.

Think back to 2015 in Hillary Clinton was having all kinds of criminal legal court appearances in New York Courts, and suddenly they all disappeared, and off she ran for President.
Someone though, the Control, engaged leftists like Edward Snowden, Chuck Manning and Julian Assange to begin leaking damning information. The left was taking out one of their own in leftist Hamrod Clinton.

Remember even further back in Clintonscope, how this all started when Bill Clinton journeyed with a Canadian to Clintonstan to steal uranium in Asia and sell it to China. The Canadian held Uranium One, and this is what was behind the murder of LaVoy Finnicum and the Bundy trouble which had FBI trolls coming unglued in calling for the mass slaughter of these protestors.

That Uranium deal with China moved the cartel to humiliate Hillary Clinton in having her defeated by a designer negro from Indonesia and Kenya, so Obama could be President, and Hamrod had to serve under this coon.

You can run the common threads through all of this, as any FBI investigator would, and what is the constant in this is Hillary Clinton, sexual deviants, Jewish Mosaad and uranium.

This blog can reach conjecture, but what this all looks like is someone beyond Donald Trump in the midst of this great game of coups and impeachment to split the democratic party to foreer have those two parties in Nazi and Coummunists rule, in the American Genocide, had for some reason, a special contact with a human, who appears to have been sexually harmed, and Hillary Clinton's hand was in it.

As the cartel never gives anything away, a contract was sold for all of this sexual deviancy to appear and keep Hamrod from the Oval Office.
The conjecture is, who could have been so important to a cartel member that they went to these lengths? It seems impossible it was a pet human. It projects to someone intimately special to the member. I do not mean it was sexual. I mean in forensic psychology that this human was special to the cartel member in vulnerable ways. I am not projecting this as some moral assocation, as it may have been, but it might have been an ownership situation where Hillary Clinton violated that human in some way, as no one touches another cartel member's family or possessions.

Hearken back to the Franklin Scandal in Nebraska which had the Bush family dripping all over it. It involved the milltary at Offat Air Base to the CIA in MKULTRA mind control, in turning humans through stress into a double personality they could exploit as in assassins.
Children from the Jesuit community were handed over to be raped and murdered, and it reached to Bohemian Grove. Sex rings whether the Podesta cults or the DC Madam exist for intelligence agencies, but Franklin was interesting as it was run for the Bush fam in the GOP.

CIA Director William Colby spoke of the violations of the system in all of this, and how the sex ring perpetraitors could not be touched. Colby later was assassinated, in retaliation for something he did, and it was inside the house, and those who did it, got away with it like Jeffrey Epstein.

Look at the thread in this, in where all of this originated from, and it comes out of the FBI New York Offices, in being the control in Trump matters, Epstein dead, Paul Manafort to Harvey Weinstein, and remember that Weinstein had tagged to this from the begging the Hollywood Jewish producers who were raping Corey Feldman and Corey Haim.
Someone was wrapping all of this up in headlines to sweat Hillary Clinton. Hamrod still thinks she has the horse in this race for protection, but something beyond the oil barons who thought John McCain was going to be President is involved here. This is the committee at the top and there was an operation which directed the New York FBI office, US Attorney's office like they were puppets on a string. That is real power beyond Presidents and in the guise of Obama speaking of the "powers that be".

I am not going to solve this for anyone here, as I have enough problems in needing the escape donations to vacate this whirlwind, but this fascinates me in what really took place, as this is beyond uranium, this reaches to an intimacy of someone being wronged and contracting to the lengths of the remedy of their choosing. In forensic psychology, it appears they want to dangle not the presidency, but Hillary Clinton like a fly spun in a web, and keep her around for the revisitation of it all.

I could inquire of this, but have not the strength or the time, to satisfy the curiousity and not post it here, but how one of the most powerful people in the world, in the malestrom which has engulfed the United States, was so violated that in all of this, they took the action to make this the issue and contracted for it.
It is deep, like a god with an insect, and yet not a daliance by a deliberation.

Most people have a 15 minute focus on life. This is not minutes but decades and it is enjoyed as more time passes

https://www.youtube.com/watch?v=cCDzRtZLUkc
Jun 10, 2016In these audio tapes from the 1980's, we hear Hillary Clinton bragging and laughing about getting a pedophile off a child rape charge. Keep this in mind when going to the polls in November 2016 to ...

https://www.coreysdigs.com/child-trafficking/are-bill-hillary-clinton-involved-with-child-trafficking/
Apr 11, 2019The question on everyone's mind - are Bill and Hillary Clinton child traffickers? What would be their motive? Money is certainly a driving motivator for the Clintons, and it's a $150 billion dollar industry. They most definitely have worldwide connections to pull off operations for child sex trafficking, organ harvesting, or slave labor