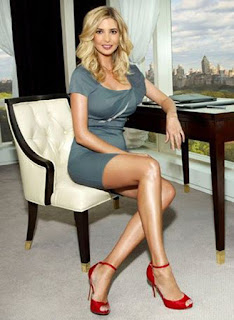 
I am not here to confirm nor deny, the following. It is interesting though in what this seer was shown. As five of his visions have been fulfilled, the last two are of interest for the present and the future. 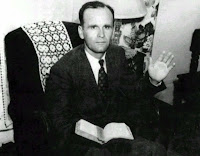 In 1933, Christian minister William Branham received seven visions of the future of America. William Branham is best known for his role in the healing revival of the 1940’s and 1950’s.

Vision One: He saw the dictator of Italy, Benito Mussolini, would invade Ethiopia and according to the voice speaking to him, Ethiopia “would fall at his (Mussolini’s) steps”. However, the voice continued and prophesied a dreaded end of the dictator, for he would have a horrible death and his own people would literally spit on him.

Vision Two: Branham saw America would be drawn into a world war against Germany, which would be headed up by the Austrian, Adolph Hitler. The voice predicted that this terrible war would overthrow Hitler and he would come to a mysterious “end”. In this vision he was shown the Siegfried Line whereat a great toll of American lives would be exacted, but Hitler would be defeated.
In a separate vision at a later date, William Branham saw that President Roosevelt would declare war against Germany and in so doing would eventually be elected for a fourth term.

Vision Three: Although there were three ism’s in the world, including fascism, nazism, and communism, Branham saw the first two would ultimately come to nothing, but Communism would flourish. The voice admonished him to keep his eyes on “Russia” concerning future involvements, for Fascism and Nazism would end up in Communism.

Vision Four: William Branham saw tremendous technological advances coming right after the end of the war. He even saw an egg shaped car with a plastic bubble roof, going down beautiful highways completely under perfect remote control. There was no steering wheel in the car and the occupants of the car appeared to be playing a game like checkers.

Vision Four Fulfillment: There are countless examples of how this vision was fulfilled, including the advances in computers, microwave ovens, smart phones, the Internet, space travel, supersonic flight, medical science, nuclear power, and even driverless cars, which already exist today, but are waiting for a system of highways that can accommodate driving them safely.


Vision Five: The fifth scene that appeared involved the womanhood of the world. In this scene there appeared the fast moral decay of women. Starting back when she received her so-called liberty to enter into worldly affairs by means of the vote, she soon began to wear clothes that were too revealing. She bobbed her hair and adopted the clothing of men. Finally, the vision showed her all but stripped naked and she merely covered herself with a tiny apron about the size and shape of a fig leaf. With her womanhood so little valued, a terrible decay of all flesh came upon the earth and with it perversion even as set forth by the Word of God.

Vision Six:
Then there arose in the United States a most beautiful woman clothed in splendor, and great power was given to her. She was lovely of feature but there was a hardness about her that defied description. Beautiful as she was, she was yet cruel, wicked and cunning. She dominated the land with her authority, she had complete power over the people. The vision indicated that either such a woman would literally arise or that this woman of the vision was merely a type of an organization which is scripturally characterized by a female. Though the voice did not speak out and reveal who she was, he felt in his heart that this woman represented the rising Roman Catholic Church, and he inserted in parenthesis beside at the end of this vision which he had written out, (perhaps the Catholic church).


Vision Seven:
The voice bade him look once more. As he turned and beheld, a great explosion rent the entire land, and left the land of America a smoldering, chaotic ruin. As far as the eye could see there was naught but craters, smoking piles of debris, and no humanity in sight.
The vision then faded away.