Arc of the Cherry 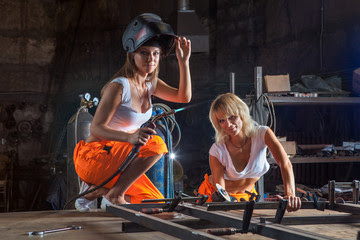 I hate some days when I am sick and healing, as like today, I caught a skunk which refused to enter a live trap for a month. I shoot the thing, it keels over, and I take the gun back in, and there the bastard is moving around again, so I go back, get the gun, and administer round two.

That skunk though, decided to pull a blanket that was there, through about 6 spots in the trap, and wad it in there. I was like, this really is a pisser, but it was only the start.

So I go water cattle, and Miss Daisy has been bored, so she has been knocking over trapping set up I have for squirrels. She did this twice, got her ass chewed, and sure enough did it again after knocking things loose, to this time breaking the weld.

It was not my welding though, as this was some old Chevy hub and I am certain the guy who did the job has been rotting down for decades. So I carry the thing back to the yard, and when I get there the welder turns on, but I get no spark.

Granted, the welder is an old Lincoln, I reckon 50 years old, but sure as hell it is not working and I need that post back together, and I can not afford another welder.

So I start trying to get the screws out. I get them out, but the thing will not budge in the metal. I pull it out and welders are heavy, and try getting in the back and get the same shitter deal. So I put the screws back, turn it on, and just tell God maybe He woudl get the thing working so I could fix things. I check. I get a spark, and spend the next hour welding things up that Daisy broke, being bored.

This is not about shit days, but about a method of welding which I have never seen or heard anyone mention, as it sure is not taught in good bead school.


See in the real world, what you end up welding are old rusty metals, painted old rusty metals, metals of different thicknesses, metals which they tell you that you can not weld like cast iron and galvenized, and metals with holes in them. With an arc welder, all of the above are trouble. For me though an artist with a welding rod, if I can not get contact, I turn up the arc to 225 and burn off whatever is in the way.

In this post or Chevy hub, it was some shit some shit welded together of an anvil I think. It involved thin light metal, with holes in it from Chevy and galvanized angle iron.ddd

This is the method I wanted to share as I barely had contact in the torn metal, it was thin metal and the galvanized has to burn off to weld together. The method I pioneered is what I call puddling. See in thin metal or metal with holes in it, the arc will burn through, and you really never get that good of a bead or weld in under 90 amps. I usucally do most of my welding at 100, as the wind will blow out the arc and I do weld in real conditions.

So what I do is carefully go closest to the metal, strike the arc, but I do not bother with welding. What I do is make passes in burning off residue, and then lay on rod metal which I think runs at 50,000 pound break strength. Once I get that light coat of heavier metal, I then in short bursts, start puddling, or welding in a spot for a few moments, and try to get a quarter inch of metal built up. Once I have that bead laid, I keep going back to the spot and laying in more puddles. It helps if you go from two sides as you want it to cool from glowing. You just dance back between the locations and pretty soon you have metal built up, to lay in a good several beads. This was 90 degree angle and I got it filled up to hold. I never worry about pretty in this stuff. My focus is on holding and my stuff holds.

Where the metal was broken I had holes that Chevy drilled in long ago, and in those holes I started arc passing. Sometimes the holes get bigger, and sometimes they puddle. I just keep touching at them, and eventually the holes close up, and once that happens, you just run you bead again.

I turned the work over, still had the breaks visible below, and as I had the metal build up on top, I just ran my beads in puddling to fill up the 90 degree and cracks, and then went to work to produce something which would hold. Yes it was allot of work for a squirrel, but I was not welding for squirrels, I was welding for a 1500 pound Jersey who gets bored, smells my scent on a post, has to knock it over and in two days, she stepped on it to break it.

You have to trap where the animals are, but I had to move the post for now, as Daisy is done trying things out to break my things, as I am wondering about the welder as it was one of those devil days, and some asshole who does not like me, was resisting me, but that will not last in Jesus.

So the skunk is airing out. The pole is back, and I am feeling like I did not need another overworked and sweaty day in the cold air, as I am trying to heal up.

You can weld things though with an arc welder, if you get creative past what they teach you. My work is proof of that. It holds and that is what I weld for.

Oh and if you weld like the pictures above, you will get a welder burn, as bad as a sunburn. You got to cover up and if you look at the arc light, you will feel like you have sand in your eyes, after the spots in your retina fades.


Once again, another Lame Cherry in matter anti matter exclusives. 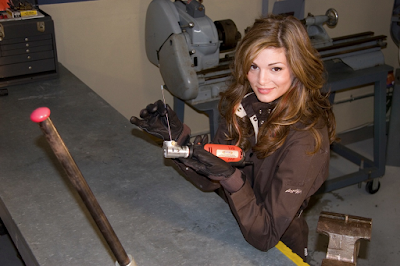