Democrats Destroy Themselves for Trump 2020 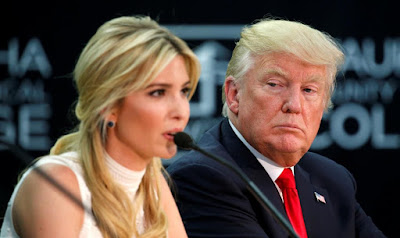 Of course you may call me President in Waiting.... 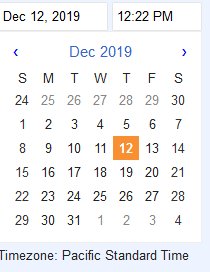 12/12 full moon: December's full moon will be a special one


It is an interesting conversation, well it is not a conversation, but the essence of it is that when Nancy Pelosi, Adam Schiff and Jerry Nadler were notified, as they were not summoned, but were notfiied by an individual that all the power, money and perversions they have indulged in, has an absolute price in their political destruction, there might be allowed the uneasy shift in the chair and the whimpering of their interests, but when that person appeared, to quietly inform them the debt had come due, they all accepted it, as they knew the alternative was going to be an end for them, and their families as bad as hell on earth.

See the over the top impeachment of Donald Trump, is meant to shock even the senses of most leftist, and accomplish what Webster Griffin Tarpley revealed, in America would be ruled by a split Nazi or National Socialist Democratic Party and an Obama Communist Party, with the GOP nullified to Green status and the Christian Protestant genocided in both Black and White race for the Islamic Jesuit ghetto dwellers, moneychanged by the Jews.


This blog informed all of you that Donald Trump wants to be impeached. He wants a Senate trial, and so do Republicans, so do not let the Bushboys fool you that the GOP is not interested in slugging it out in the Senate, because every Republican running, and that includes Donald Trump is going to use the Senate trial as a platform to get re elected, advance their political prospects, pay the dues to the cartel who put them into power, and use that Senate trail as one continuous campaign commercial for FREE.

Democrats will be smeared with the facts, destroyed in their corruption and abandoned at the ballot box. Impeachment trials will trump a market crash, a stagnant economy, the American genocide and gun control, because American nimwits will be drawn into it, and the biggest nimwits of all will be guilt ridden liberals who will not want to join the ranks of the anti Christites like Rob Reiner, in his haterful diatribes against White Christian America.


Just study the chosen faces of the boobs who the cartel chose to split the DNC.  A senile old bat, and two Jews who look like a monkey could out think them. Seriously, liberals are embarrassed by these poster people who reflect horridly on them.


They have gained zero traction with the public, and worse yet, you have noticed that the Hollywood liberals have gone silent, as they are getting impeachment, but on nothing that will stick, so Trump will come back stronger, and the people responsible are these trolls in the House who are ridiculous.


It becomes worse in the beauty pageant, in just look at the repulsive faces which will be in your face all of 2020. They seem to have an affinity with horses being in the family tree as they could eat fodder through the fence. People like looking at attractive people and these democrats in the Senate who are supposed to rally a nation to convict Donald Trump are going to be looking at handsome Donald and pretty Melania, and the verdict is already settled, and in the settlement voters will retaliate against Democrats at the ballot box.

With the repulsive Klobucher, Wyden and Warner as the poster people, Donald  Trump in his new National Socialist Trump party of 2020, replacing the GOP, stands to have elected super majorities in the House and Senate, so all of those amnesty, tax hikes, gun grabs and whatever else has been espoused by this President will be passed and his voters will be shocked if they awaken from the stupor in how they got swindled again.

It is because all of this is, and has been planned out years ago as liberal Webster Griffin Tarpley revealed and he was not supposed to tell the world that secret.

What is puzzling in this, is the face of Jewry at the forefront. Perhaps it had to to with Mosaad election theft for Obama, perhaps it had to do with Mosaad being involved in the coup against Donald Trump, but Jews have been thrust further into the front of this than usual, and they will be blamed.
The Anti Christites being the worst in Rob Reiner, incessantly smearing Protestants. It is reprehensible and that is why it is, because it is supposed to be. The face of Jewry is becoming anti American and anti Christian. Where Adam Schiff strolled to, and Jerry Nadler plumped himself, became the snarling face of Rob Reiner of absolute hate, typified by Hillary Clinton's racist slur of Americans as deplorables. 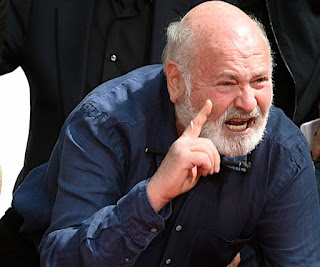 Facing the Trump 2020 Show Trial will be these Republicans taking center stage and becoming superstars.

In the reality of this, if these Republicans play their carts right with President Trump in 2020, Marsha Blackburn could replace Mike Pence as Vice President. Lindsey Graham will be the next Secretary of State, John Thune will be Secretary of Agriculture and Ted Cruz will be on the Supreme Court.

What will be left for leftists in America will be the snarling face of Anti Christite Rob Reiner, and a host of turban wearing communists and terrorists. Democrats in a Senate Trial will shatter their party worse than Lincoln did in 1864 AD in the year of our Lord.

The worst of it is, in the lame ducks who are running for the democratic nomination in fuzz head Biden, bad heart Bernie, Gramma Lizzy and Bungholer Pete, is Donald Trump will not have to run against them, as he runs against Congress. That will sap needed attention from the candidates, and that includes Hamrod Clinton who is running again.
Put it this way, if democrats get Donald Trump by framing him, he is still going to be re elected as Americans retaliate, as there is nothing Hillary, Biden or whatever dying geezers they put forward can say, which will separate them from what their party did.
If the Senate does not get Donald Trump in a trial, then democrats look like losers, and the public is not going to vote for a loser party who can not even make a frame stick.

The Senate is going to be an Arena like Rome, without Christians. Donald Trump will rule the democratic circus and make it a political blood bath. Everything about this helps Donald Trump win in 2020 AD in the year of our Lord as that is what it was designed to do. Just as FOX is shit in the hole for impeaching Trump, it means that a new media will appear in Kushner media which will become a multi billion dollar network over night.

All of this is planned out, and this is the glass slipper for Futurus Ivanka to step into as the President in 2024 AD in the year of our Lord.

This will be the biggest and worst political realignment in United States history and it is democrats who were ordered to do it, and they will rip their liberal party in two, for President Donald John Trump.