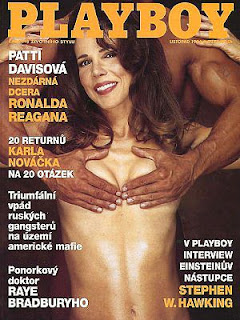 I am reading Ronald Kessler's book on the Secret Service and am disappointed in the devil in the details he provides, which is either a clever misdirection by the Secret Service in order to lure criminals into exposing themselves and to protect leaders more easily, or the book provides insights which should never be made public.

It is no secret in this blog that there is a huge problem with the American police state. It criminalizes people who should not be criminals, and the problem is the sorting process to hiring officers and agents, turns out these shaved head penis looking types with pasty skin, who have far too much attitude and get off on glaring at people.
The protect and serve is gone by design, and what remains is intimidation and supsicion.

America would be far better off if all the highway patrols were gotten rid of in their robbery and County Sheriffs offices were expanded in their jurisdictions.

I am fascinated by the allure that people have who go into law enforcement in why one chooses to be a street cop and one the FBI. All are a psychopathy of validation in what they choose or are washed out to in failures. It may sound like I do not like law enforcement, but that is not the case. the police state is the problem and the training to look at everyone as threats half the problem with Americans who are acting out in being over policed.

I admire greatly the Secret Service, even if there are bad cases in their ranks too. This though for being about cops is not about cops, but about the people who they are supposed to protect, and that is the problem when they are assholes.

Three of the people which Mr. Kessler mentions are Patti Davis, Daugther of Ronald and Nancy Reagan, and from other sources, the Bush Twins, are the focus here, because I simply can not comprehend people who try to ditch their Secret Service protection, because they are so low self esteem that they think being protected is being controlled.

In a normal person, which I am, the first thing that would come to my mind with an Agent is I would  worry about them being harmed while protecting me. That is a horrid responsibility to know someone might get hurt in a job protecting me.
I would do as they instructed, because I would be aware of the reality that if I ditched them, a chance encounter or a terror threat might get me attacked, kidnapped or killed, and then the real problems start, because the Agents would be there first and might be harmed. Criminals would definitely be harmed or killed. An Agent would have to deal with that for their entire lives and so would their loved ones.

Then there is the projection that if it was a lunatic, it might inspire other lunatics causing more problems and deaths. Then the reality would be known that some idiot was ditching protection so terrorists might try something.
What if a kidnapping was successful? That activates the entire US federal police state as they can not have people in power harmed to intimidate the American regime, because then some dictator might decide to see who he can push around in starting a war.

Ditching an Agent could change so many lives and get people killed. It could start a world war in things projecting out. For that matter, everyone sees John Kennedy's brain's splattered in Dallas and think him the victim.
I ask what about the Secret Service Agents who had to deal with that. What about the Kennedy family, and more to the point, just because John Kennedy was parading around in a convertible in Dallas, after he had been warned off weeks before to not go there, he gets himself killed in going beyond what the Secret Service cautioned, and Americans have had nothing but gun control laws heaped on them infringing on their lives, and it has inspired other nuts to all of these rampages, just because John Kennedy thought he knew better. 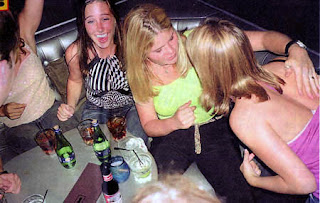 That is what I do not understand about Patti Davis of the Bush twins. Why in the hell their parents did not law down the law or cut them loose is beyond me, because there are people's lives at stake here beginning with the Secret Service and then the military if it escalates.
It is selfish and goes to the core of how unChristian people can be.

That is why in Mr. Kessler's book, I was pleased to read that Patti Davis was dating Peter Strauss, an actor I have enjoyed for his entire career. Ms. Davis had been jumping out of vehicles to ditch her protectors, which the President did not need in concerns about everything from Cold Wars, his health, nuclear missiles, a horrid economy and his getting shot, but on the day Peter Strauss was with her in New York, she was showing off berating the Secret Service Agents.
Mr. Strauss having enough of it, told Patti Davis, "You either show these Agents respect or I am going back to California".

No one knows what people are really like, from the Trumps to their security. It was out of bounds when Agents posed with the sleeping child of Don jr. As stated, there is something wrong with the screening in law enforcement and it is not being fixed, nor is society. Things manifest and then we get glimpses of how horrid people are like the Carter's treating the Agents with disrespect in not allowing them to say anything to them.

Agents though have a hard job they have chosen for their own brain work forensics. I would though not want one around who said, "Take a bullet for a protectee? What are you nuts!" I also would never put an Agent into a position where they were at undo risk by chasing me down the street for jumping out of a car.

I would have loved to have been in the Secret Service. No I would not have wanted to go on Presidential details. My psychology is more I would have enjoyed prep work on locations and after being in the family way, would have loved being assigned to Ronald Reagan. I think Bill Clinton would have been ok too as he was out of his rape phase, and he had a dog I could play with, because he had a bimbo to play with, and in that as long as you knew you were working Brothel House every day, it would have been an ok job.

Knowing my fortune though I probably would gotten the Bush's, Hillary or those preening Obamas, and would have had to go looking for a job as some security suit for Mogan David.

People though have to police themselves, and that goes for superiors who are jacking police around on quotas which are causing the problems in communities and it goes for the citizen who is nuts. We all have problems, and Agents have them too in people need to think what a crappy job it must be to see Michelle Obama's big ass in enough cloth to cover two sofas in the morning. Instead of causing a problem, just make the day a good one by not causing a problem.
Put enough days like that together and everyone will settle down long enough for Peter Strauss to tell them to be human. 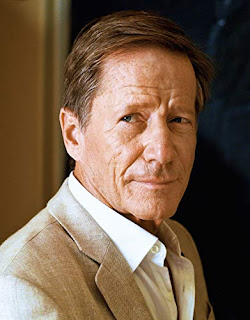