Dr. Trumplove: How I learned to love Impeachment 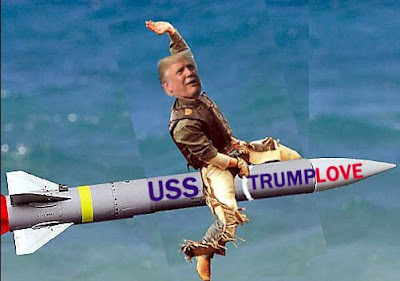 President Donald Trump has done nothing but disappoint and discourage me for three years, and breaking his word, placed me on a list that I will not vote for Donald Trump in 2020, unless he changed on major points in doing what he promised.

In stating that, I am delighted about Donald Trump in impeachment. I know what the outcome of all of this will be, as it has already been written by the socialists who rule America for their plunder, but all the same I thoroughly enjoyed Donald Trump sending the View into Trump Derangement Syndrome in bitch slapping that old hose bag Debbie Dingell, who got a widow's pension in ending up with her dead husband's House seat to impeach Trump. I had no idea that Congressional seats were hereditary, but there Debbie Dingell......and that name just sounds perverted, widow whines about Trump stating her heathen husband is in hell, and there is fat Meghan MeCain fatting on about how bad Trump is.
It would be nice if fat Meghan McCain spent some time in real America, as that is how real Americans talk all the time. They are overflowing with biting satire, which is not bullying, but is always the question of why Blimpy McCain does not love herself enough, enough if her bastard old man hated her so much, that Megs is hiding behind 12 inches of blubber as her emo shield. 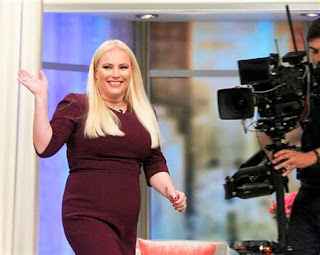 “There’s a special kind of horrific monstrosity in this man that does this kind of thing to widows,” McCain said.


Yes that is the stuff of Trump and until he starts talking about Megs and her emo shields of blue whale sized blubber, he has not even dusted off the kind of language that fatty needs to hear on a reality check as her old man doomed poor people to Obama rationed death.

Then there is Speaker Nancy Pelosi. So she impeaches Donald Trump and the she does such a bad job of it, that Nancy is refusing to send the articles to the Senate for trial. Instead she has Chuck Schumer railing about wanting witnesses, to plug the damn holes that Jews Jerry Nadler and Adam Schiff created in this impeachment lynching in which Trump is accused of no crimes. 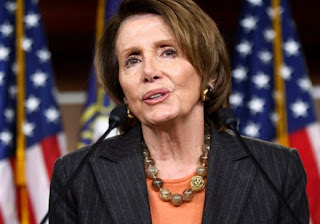 I really want to show Donald what my peach meant for him.


Last night, Nancy Pelosi decided to adopt one of the dumbest strategies anyone has ever thought of in regards to how to handle impeachment. Namely, she’s threatening to not send the articles of impeachment, which passed last night in the House, to the Senate. This would mean Democrats are essentially obstructing their own impeachment push.


Pelosi has been botox up the ass missing the mark in all of this from the start. Now she is trying to blackmail Leader of the Senate Mitch McConnell to change the Senate into a Kangaroo Court. By the time Schumer's witness list was done, we would have Stormy Daniels and Karen McDougal doing reenactments of Trump balling them. It would have nothing to do with Ukraine, but none of this has anything to do with Ukraine or impeachment. 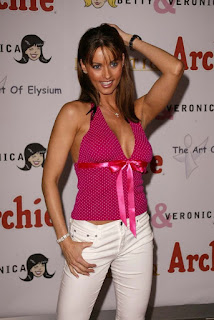 Yes Meghan, Donald has a monstrosity and you will never experience it!


The best of this was that pancreas and brain voided Justice Ruth Bader Ginsburg who just can not keep her mouth shut, because deep down she wants Donald Trump to bend her over and make her bark like a dog on command. That is why all these women go nuts over Trump in they want to get it from a real man who will treat them like the little tramps they long to be.
Ruth decreed that all Senators who are not impartial should be recused from the Trump impeachment trial. From that traitor Mitt Romney, to hot box Kamala Harris, the entire 100 are the least impartial people on the planet. As you can not have a trial without Senators, it appears that Ruth has joined Nancy in not wanting a Trump trial. Maybe they have girl on girl sexting about fantasies of Donald calling them up and saying, :"Hey babes, Melania is gone shopping, how about you haul it on over here and I show you what granny sex was meant to be. Get your medicare paid up sisters, as you both will be needing hip replacements after the Trump Tower hits the top floor".

The worst of this is, Ginsburg dismissed Trump and called him stupid on Supreme Court review of impeachment, when it was Ruth's mind not hitting all the buttons on the elevator. 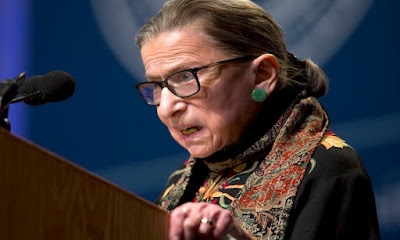 I want Donald to paddle my bottom and call me his Jewowah!


So one day into this, Donald Trump has the View fat cows all wetting their knickers naughty and he has Pelosi and Ginsburg making reasons why the trial should not go ahead.

Democrats have a real problem in this, as the Presidential election is November 2020. Attorney General William Barr has stated the conclusions for prosecuting the conspirators against Donald Trump will appear in May.
That is June, July, August, September, October of surprises for democrats as indictments are handed down, proving Obama Biden were election tampering on Donald Trump to install Hillary Clinton.

Cough Cough * If you are not aware, that is who is in the running for the democrats, so the long hot summer of 2020, will begin with a Trump acquittal or the absolutely nutty botox idea of Pelosi stating she will not forward the impeachment until the democrats retake the Senate, which is not going to happen.

Donald Trump, now has the democratic mob with pitchforks and burning brands having tried to lynch him, running away from the Senate gates. That is not the image democrats need to be sending to their voters. The 2020 candidates have literally disappeared from the public's mind. That is by design of the socialists who rule America, as this elevates Donald Trump to the crusader who is battling an unAmerican foe who is a liar and a coward.
For all of those twat brains like John Cusack and Debra Messing, I am certain that none of them signed off for this in their joy for impeaching Trump, has produced an indictment which is not being served, because there is nothing in the indictment. This is bringing their ruin in having backed a battle with empty muskets and not any fuel for the tanks.

What democrats designed themselves into, was to launch an attack, and then like Pharaoh got drown crossing the red sea.

To be effective, Trump should have been impeached in June 2020, to meddle in the GOP and allow that slimy Mormon Romney to try a coup again to seize the nomination. Instead the democrats powder is botox wet and the nothing is going off.


I will remind all of you again what this blog stated before all of this started. Donald Trump had written a script which he read on a phone call to Ukraine, to bring about all of this in his Phase III of operations and to make his political campaign in 2020 about all of this. Donald Trump is getting exactly what he wants, and he has several hundred talking points which he is going to drive home on cue, to spike Meghan McCain or Jim Acosta for trolls, and he has psychological triggers for his voters and they were working for millions in donations (Yes where are my donations?) and riling up the voters to vote for Trump.

This has only started and day one had The View genders wet for Mr. Trump and Pelosi and Ginsburg moving for no trial to protect Trump.

https://www.youtube.com/watch?v=Gia_YZqIIvA
Jul 6, 2008Calling Dr. Love - Kiss Copy righted by UMG music Lyrics: You need my love baby, oh so bad You're not the only one I've ever had And if I say I wanna set you free Don't you know you'll be in ...