Is it really Cremation without Zyklon cocktails 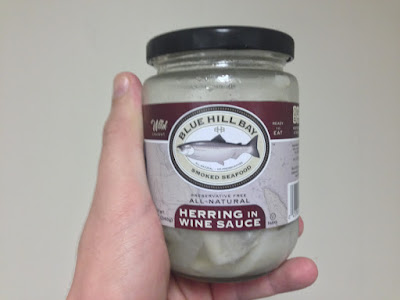 Cremation is of a Viking question.

The basics of it are not found in the Semite peoples of the descendants of Shem. Their method was embalming or burial in honoring the body. This was policy as the areas were stable, in regimes were not constantly overthrown and tomb robbers were not looting the dead, which would of course end the benefits of preserving the dead.

In more populace areas in the east, cremation became a mainstay early, as for health reasons in wet climates, peoples could not have rotten bodies contaminating ground water, being dub up for tigers to chew on or spreading plague.

The Vikings adopted cremation as they had wood, frozen soil and were a mythic people. Hanging bodies on scaffolds which were staring at you for 9 months was not pleasant, nor seeing critters gnaw on the frozen vittles. Burning solved frozen ground and dead who never went away.

Most peoples buried, as that covered up the decomposing stench, solved the problem of teaching large predators as was the case in Africa that people are easy food, and allowed for a mourning place which peoples could visit to work through their grief. Plains Indians spent a great deal of time visiting their dead.

The Bible is silent on cremation. There is not law or custom against it. I think I was quoted at like 1300 or something for the mother to fire her up, while 7000 was the non embalming burial. I was not spending 10,000 on her to be stuck with that bill, and chose the non embalm after discussing it with TL, for the simple reason I just felt it was for me, in I was not going to have the thought whispering to me that I was a cheap bitch in not following through. I lied about what kind of person she was at the eulogy and buried her in what she did not deserve in the least. If I could have fired her up on a pile of wood on the rock pile, I would have gone through with that as I would have considered that my doing and respectful. The state is not going to let you torch your relatives in the open air though. So I was stuck with what was my gut feeling on the subject.
She would have been ok with cremation and mentioned it to me, but I wanted it done with too, and not dicking around waiting for a body to get the ash heap as the weather was damned severe last year.

Always wondered why they do not charge by the pound and go flat rate. As the mother was like 100 pounds, reminded me of Francis Parkman's Sioux squaw hag as she was all leather and bones. It would have cost the same as my big fat godfather who was pushing way past 350. I always figured all that fat must have set up one hell of a plume and dropped the gas meters a few pounds as he would have made up 5 work camp Jews.

The only judgment I have on burying things is, I have noticed that people who scatter the ashes sometimes are lost more, than people who have a burial plot. Some reason it helps people know where people are, even if it is the body. Pretty easy just auguring a hole and dropping the tube down it for burial, a sort of do it yourself.
I like the trend we started around here in grave side burials. No preachers getting in the way, not cooking, no Church to suffer through, just some poor bastard like me lying about the person, the few people who cared or were shamed into coming, and they drop them in the hole and away you go feeling like you did something.
It was a cold day we buried the mother. I have never been in that cemetery when it was not a horrid ass day. Middle of nowhere all wind. If we would have scattered her ashes that day, I bet they would have hit Cuba by night fall. Canadians are too free with their winter wind while only letting a few good women escape that land. Two people will know what I mean by that.


Anyway if Jesus did not come back, I would like to be buried in the rock pile about 100 yards from the house. I got old feed bunks, dead critter bones and other junk out there. Is my kind of plot and if TL wanted to light me up on top, I would not mind as long as TL used enough fuel. Don't think I would want them goddamn coyotes carrying away my skull and gnawing on things undone. I just hate them goddamn coyotes as you know them bastards would leave me sitting out on some hill, half my hide off, nose bone, holes for eyes and big gaping mouth,  hair looking like a dragged around corpse, and

I suppose I should have used respectful language and all, but the Viking understands my kind of discourse as it is the stuff Vikings talk about on beaches, eating roast beast and contemplating things like, "Ja dat Leif, he was one tuff bugger. Took three poplar and an oak to finish him off in the big smoke. Was his big bones, doncha know. Dem bones are hard on the forest. Why when we lit up his uncle Tor, it was three oak, but we liked the smell of the oak tree smoke".

I see they had pickled herring in the store.

I never did quite figure how that wine sauce got in there, as no Viking would do that to wine in an experiment. The old women would say it was sinful wasting it, even if it tasted good.
All that dill, and leftsa and lutefisk, and they still turn out rosettes, krumkake, to make you just speechless in they must really have tastebuds after all, as pickled herring is something to sail to Vinland for.