Gawddamn that HAARP chases Tanskins like Raid in a Shithouse 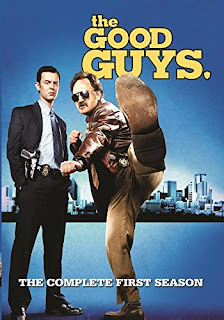 I noticed something strange in the Weather Spiders a few weeks ago in one day, it was Thursday of this week, that a spike was recorded in record cold. I was wondering what the hell this was, and nothing appeared, and then I started picking up other forecasts generated by HAARP in 20 below zero temperatures.

This blog has warned the cartel that all this cold weather is going to drive all them Mexican, Muslim and Hindu slaves out of the American north, as they can't take the cold. It is a mater of should the cartel rob people again by high fuel prices to heat their homes or should the cartel sacrifice industries which use slave labor.

It appears that it is ok to genocide tanskins and to destroy slave employ industries in the north, as here comes another cold wave, were the tanskins will exodus to nice places like Virginia.

I would think that some of the cartel board members would be upset about this, but apparently if you are in agriculture and construction, you can pound sand, as selling over priced oil to Americans is more important than keeping vermin in the cold northern states.

I always thought that the cartel had a sort of non pecking order, but apparently there is a disenfranchisement from dairy to Wall Street.

The secret of this new storm is California, as the NOAH report I read was amazing in like a curtain, a high pressure ridge will drop, let in a super storm,  yes Arctic cold storms now cross America from California, and then the high pressure ridge will appear again and let in no more storms.
I have been wondering how the hell they are going to handle farming in America, as the industry from potatoes to wheat to sugar to corn was obliterated last year. The ground is saturated, so any snow is magnified for flooding and if HAARP brings in a drought next year, that is the end of most of Agri business farming as conglomerates with robotics will take over.

I'm just amused in this, how cockroach these Mexicans are viewed by the cartel, along with the Indians and Muslims. They dump them into Republican states like North Dakota to flip them Nazi and the problem is they keep freezing them to death and driving them to the warmer places to rape, rob and murder Whites and Blacks, as selling oil shale is more important. After all Walmart in Fargo selling to beaners is just as good as Wall Mart in Denver on the bottom line.

See I have perverted sense of humor, as I would never do this stuff like taking a 90 degree tanskin, promise them things, and stick their ass in 40 below Fargo. I honestly have watched these vermin in my location as they flee every 2 weeks in how goddamn stupid they are. They dress like it is California. Tennis shoes, light jackets, that spandex shit. Christ Almighty, that is like jumping out of the shower and into the freezer, but it is the reality in these tards have no idea what cold is. They find out, as they do not show up for work as their vehicles do not start, and soon enough are heading shit stream south where winter never comes.

These Weather Mods must shit their gerbils out in the toilet and stick them in the freezer wet, to shiver dry, as they are heartless in what is being done to the tanskins.

Thing is, I was promised that gas prices by the end of the year would reach 2.00 a gallon for gas. Last check it was 2.50. That is not exactly Trump Triumphant, no more that Trumpflation is destroying America like a rotting cock with gerbil fungus.

Maybe the American north is to be some Al Gore globalist buffalo commons park, as that was the original plan in putting everyone into a Chicago gulag. Kill off the Whites and Blacks by economic depredation, and kill the tanskins off by HAARP and you got a place where the Obama's can drive around in a Range Rover, looking at wolves tear tanskins to death which they shove off the end gate for feeding time.

Maybe Donald Trump should give Jared Kushner the keys to HAARP. Kushner could turn the Mideast into a giant tundra for a few years and have his peace plan....hell have the oil too, as that cold would have them Muslim and Jew running from the cold like salmon at spawning time.

I used to like winter. Go hunting, go trapping, go ice fishing, all the pussies were at home watching football, and I had an old 74 Ford 4 x 4 tooling around with the world to myself. Now all I do is write the blog, hate the cold and I just can not get into watching stupid Mexicans freeze to death. I do not work for HAARP though. I just live in the futurescape and warn everyone of cause and effect.