Why is President Trump not focusing on this Obama Criminal Act? 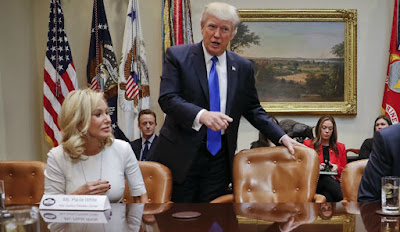 The Viking shared this with me and I am posting this information as NONE OF IT was featured by any of the right wing media, because the fact is President Donald Trump has provided States and Counties the 10th Amendment Right to force votes to stop American communities from being invaded by foreigners.

If they vote to bar refugees, as expected, Burleigh County — home to about 95,000 people and the capital city of Bismarck — could become the first local government to do so since President Donald Trump issued an executive order making it possible.


The Lame Cherry will provide the information in this all started under George W. Bush in funding "charities" and by this Birther Hussein took those charities and money pumped into them to bring invaders into Conservative Christian States and Counties to flip them to Obama communist democrat.

One of the worst is Lutheran Social Services, and I was puzzled how it's offshoot of Lutheran Immigration, hired an Obama official to be their president.

Do I need to repeat that in anyone asking what is going on her in this corrupt system as a Michelle Obama State Department Official, who is married to a bunny hugging animal rights nut at the National Wildlife Federation, are in control of a Lutheran Charity? 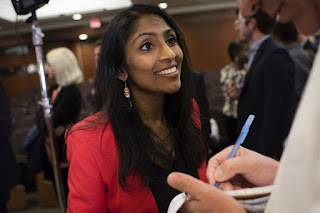 As you can see, this Obama invader charity is not affiliated with the real Lutherans. These are the Fag Lutherans of the deep state overthrow of Christianity in the United States.
This is the group that fractured the American Lutheran Church in America, and in my community we now have a big new Church built as the congregation left the sodomite ELCA behind.


So this Ceylon wetback gets run for Governor of Maryland and democrats there don't want her, so Obama gets her hired to run the American Invasion.


Let the Lame Cherry interpret how this happened. George W. Bush and that man thing Michelle were cuddling, and she gets a call from the wetback who Maryland rejected. Michelle makes a call, NOT BEING IN OFFICE, and a quid pro quo is engineered that LIRS will keep funding and get more funding if they hire this wetback, and the deal is done.

There are about a dozen felonies in this from bribery, misuse of public funds to abuse of power, all to overthrow and destroy the United States of America.

It is past time that Donald Trump's spiritual adviser who is supposed to be policing these programs gets to work and starts asking the questions that need to be asked.

https://sputniknews.com/us/201911021077206503-donald-trumps-spiritual-adviser-reveals-his-abandoned-plan-to-build-crystal-cathedral-for-god/
According to Religion News Service, the White House has appointed her as adviser to the Faith and Opportunity Initiative, an office that conducts outreach to the religious parts of his base. The pastor is currently touring the US to promote her new book, Something Greater , described as a memoir about her journey of faith.


Jonathan Hayes is the current federal director of Refugee Settlement in the Trump regime and it is past time that Donald Trump, Mike Pence, Stephen Miller and Paula White haul Hayes ass into the Oval Office and ask him how is it that an Obama official got a quid quo pro to undo Donald Trump's policies?

Oh and as you do not know this either, YOUR MONEY IS BEING USED TO SUE YOU, in order to keep the invasion of American and your genocide on track.

The Lutheran Immigration and Refugee Service, which works with Lutheran Social Services, is one of three national organizations that is suing to block Trump's executive order. The group's president and chief executive, Krish O'Mara Vignarajah, said her organization has closely tracked the response and is aware of no other local government that has voted to reject refugees.

Where do you think they get the money for this? This is taxpayer money.  The plug needs to be pulled on this and that starts with Donald Trump, and the question is in this fake right wing media, as to why NONE OF THEM INFORMED YOU that you could stop the dumping of foreigners into your state by voting for it!!!!


Bismarck Mayor Steve Bakken said the city government has no say in the matter, but he sides with those who want to stop taking in more refugees.
"Right now it's a blank check and that equates into a lot of questions," Bakken said of the number of refugees that could be placed in the area. "We have burgeoning school enrollment, veterans' needs, homeless needs, and Native American needs.
"This isn't about heartstrings, this is about purse strings," he said.


Once again, another Lame Cherry exclusive in matter anti mater.