How the World began - How the Universe ends 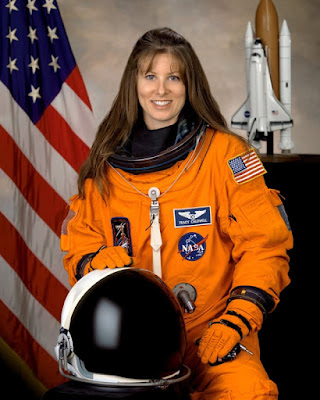 The Lame Cherry has pioneered for a number of years that the missing Einstein collective law was Light = Light, as his other theories are not laws, and what has emerged in science is not physics but theoretical physics. Each time their math discovers something bizarre, they use equations which are even more bizarre, creating dark space and other ridiculous fiction, which they then all Stephen Hawking preen over like they are God.

On Coast to Coast AM, there was a Canadian guest named David Rowland, who was a most interesting guest, as he literally was bringing facts out which expose all the theoretical physics for the house of cards it is.
There are not any disclaimers in what Mr. Rowland states on this blog, as some things are wrong as in reincarnation, which is not people, but demons influencing dupes to think they had past lives, in the great deception. There are though factual things that David Rowland states which are correct. 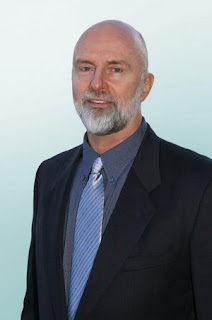 One most important fact is the Big Bang did not happen. Science in the legendary Hubble, relied on the Red Shift, or the Doppler Effect, which states that as stars and galaxies move away from earth, they show the red light spectrum. This has been the basis for expanding universes and the Big Bang, which apparently was supposed to arise from a molecule and all appeared in the expansion.

What Rowland states though is fact in an ambulance siren sounds lower at distance and gains in pitch as it approaches, due to more sound waves hitting your ear drum. That is caused by air resistance. There is not air nor matter in space, so the red shift can not take place, which is the Doppler effect in the ambulance sound.
Adde to this, there are galaxies which are in blue spectrum light, meaning they are not moving away from earth. That is impossible in the expanding universe as everything has to be moving away from earth, especially since the Milky Way is really a fringe galaxy in which earth is in one of the outer spirals of no consequence.

Once there are holes in established theories, they crash like evolution. You don't find missing links, because there are not any missing links, and in even human history, science has not found one shred of anything evolving. Yes breeding can improve genetics, but you simply do not find in the wonderful 4 amino acids of DNA present, any jump starting of new single cell or multi cell life in 6000 years of recorded history.

Once we know Big Bang is a fraud, as fraudulent as Einstein E - MC2 or energy is just matter in motion, then this leaves the question that George Noory was pleading all physicists for an answer to, and that is. "What started all of this?"
As I was listening to the discussion, the answer came to me, and these are the facts according to Isaac Newton who was  Bible adherent also, as I believe Jesus Who created all, was the greatest scientist ever, and in actuality, the Bible explains all of this, and no one has paid attention, any more than the human examples.

The Bible says that Jesus was with the Father, before all things which were made, were made. That means as Rowland states that the universe is timeless, and always was, and always will be.

For simple explanation, call this the GOD LIGHT UNIVERSE. In that Light of not the Newtonian Laws we have now, appeared a Will, Thought, Jesus from this Light, which Said, "Let there be light".
This was a different light though than the Light. Think of this as a light shift, where in away Einstein's Energy went into motion, and gaining a specific gravity or motion, it slowed down, and became MATTER, which is the universe we are growing in.

The original Universe did not disappear. Think of it as the soil or the womb, where a tree sprouted forth or you came to life in, from that seed or Thought.

There are not two universes, any more than two earths in one of dirt and one of air. There is one earth and they exist as one universe, in separated dimensions.

Time appeared in this sprouted universe, as did gravity, as material here is different, but at it's source in every atom is that God Light, so it is influenced by will.

The Bible teaches this universe has a purpose and that is to change the matter or material you are, into the same Light of the original universe, or to be like God in Light and not darkness, which satan is defined as in being anti God.

In the Revealing or Revelation of Jesus the Christ, when He returns a second time, there are described all kinds of not of this universe dimensional laws. The Bible says 'Heaven and Earth will pass away, but not my Words".
A city called New Jerusalem which is a cube of 200 miles actually floats down from the original universe. The sun disappears and the Light of Christ is what provides Light. That is not how this universe operates, so it means that the original universe was energy in a high frequency form, it extended to expand into matter which is a lower vibrational frequency for the purpose of God to re create Himself in humans, who choosing the Light become as Him. After this process is finished in Spiritual reproduction, this universe speeds up to the original Light frequency, as time disappears and timelessness appears again, as all matter which degrades, is transformed, people by what is called the Tree of Life, which increases the frequency to a higher vibrational rate in people.

What you are reading is the combined law of physics. You are the example of this in plain sight as St. Paul states that nature declares God and His Plans, if you just look at it. It is in the simplest of form, and it is correct.
If science would cease with their fixation on numbers, and their fiction of theories, they would begin to understand what this soccer ball pentagon framed universe is, based on the complete universe it came from, and what this universe will join to, and add to the original universe.

If they did that, Lame Cherry would be a name of awe as Einstein's name was. I know by God's Grace that, here am I, absolutely correct about all of this.

David Rowland is a remarkable mind in he questions things, and while his perspective is still secular in why some of his conclusions are incorrect, his statements started my pondering, and the Holy Ghost is always most generous in providing the complete formula to answer the questions I have.

This universe ends in a wonderful transformational Light of Christ, in the twinkling of an eye. This age ends in horrific rendering of Justice by fire and upheaval, for a 1000 year transition, before the great sorting process and the passing away of matter, to high frequency energy.

In your reading this, you now know more than Einstein and every physicist who ever was in all the universities of the world. And it all is correct, without discounting God or causing chaos with more numbers bringing wrong answers.