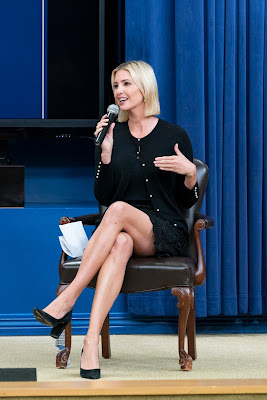 It has been almost 8 decades, since the night that Germans rose up and shattered the Jewish prison which had imprisoned them in Kristallnacht, the night of the shattered glass. Few though understand it's meaning from the leftist National Socialist or Nazi political position, as the racists who obliterated the Germans in the Ashkenaz financiers who started the two world wars, to confiscate German colonies and then German industry, were the criminals who wrote the history, blaming Germans and covering up their rapine.

There is a very good article, which I will quote, entitled The Jews Who Stabbed Germany In The Back. That of course will trigger an anti semite response, but if you read the reality of historical facts, you will understand that there were loyal Jews like Adolf Hitler who fought bravely in World War I, and then there were socialist Jews who were the same as the modern Muslim, using Western Constitutions against the founding races, in order to subdue and supplant a Christian people.

Jews were highly successful as they are today. Donald Trump's cabinet overflows with Jews. The Kushners are loyal to Donald Trump, while others like Steve Mnuchin is loyal to the financial order.
Jews were not of religion though. They were two castes. The rich and the poor. They were in the rich sect divided into Nationalists and Marxists. That is what is lost in this term of Jewry.
The Nazi seized upon the worst of the two types. The poor ghetto Jews were filthy with typhus. The rich Jews had raised terrorist children who were assassinating monarchs and fomenting revolution.

Those 'give us your poor tired and hungry' was a Jewess, writing Schiff propaganda to bring European terrorists into America, who were all socialist and communist revolutionaries. Once again, the traces of this have been unleashed in Adam Schiff in Congress, championing the Ukrainian and Russian Soviet Jews, typified by Trump accuser, Lt. Col. Alexander Vindman, who is about to be rightfully removed from the White House.

Into this, the German Jew of the early 1900's, was educated and affluent. Many had become Germans and thought of themselves as numbers of American Jews do as Americans. These Jews looked out at eastern Slavic lands as their own German lands, The Greater Germany. These German Jews had genetic rights to those lands. This was before the Nazi movement in Germany. This was Jews espousing the annexation of Slavic lands as German.

German Jews were prominent supporters of the army’s efforts to colonize the East. The territory won from Russia, they argued, properly belonged to Germany. Since the Ostjuden spoke Yiddish, a dialect of German, they were Germany’s racial compatriots.


These German Jews were aloof of the Russian Jewry, because for the most part, Jewish situations in Russia mirrored Germany. The few in Russia who were successful as in Ukraine, were a clean people. These were the people that Stalin later starved to death in the millions to gain their farms.

In the midst were the serf, the peasant, who were unclean in covered with lice and vermin, and disease was spread from them, like the Warsaw Ghetto Jew was filthy with typhus.

It is amusing that the namesake of Colonel Klink, who in real life was Werner Klemperer, a dripping leftist Jew in America who starred on Hogan's Heroes, relatives in German in Victor Klemperer, abhorred eastern Jews for the filth, ignorance and poverty they were. German Jews had as little in common with Russian Jews as American planters had with the Nigger slave race of the day.

Again, this is Jews stating this, all before Nazi's appeared.


Not that German Jewish soldiers felt a kinship with Russian Jews: the invaders were often appalled by the squalor of shtetl existence. These were exotic foreigners, alien to German Jewish culture. When refugee Jews from the East began flooding into Germany, Grady remarks, German Jews mostly recoiled from them instead of welcoming them with open arms. Grady quotes Victor Klemperer’s comment about eastern Jews: he did not “belong to these people,” Klemperer wrote: “I thanked my creator that I was German.” In spite of this cultural friction, Eastern Jews mostly welcomed the Germans who had delivered them from Russian rule.

Into this political and racial Jewish situation, where German Jews did not want the filthy eastern Jews migrating to Germany with their poverty and disease, exactly as Americans do not want these human wave dumps of raping, filthy, low IQ and DNA Mexicans, Muslims and Hindus displacing them, the German Jew was producing a resistance to this group who the Nazi would link to rats spreading the plague.


There was a group of terrorists though in Germany who were communist Jews, and they had been spreading the union ideology, which broke out in strikes, which crippled Germany at the crucial time of the war as America, entered the war.
Germany was on the verge of victory, and the Americans with Jewish communists brought down the German government of Kaiser Wilhelm, which was the most progressive of all Europe to Jews and the German workers.
Germany was far ahead of the United States, France and England in 1918 in workers rights and an absence of racism. They were the renaissance people of Gothe, Bach, Freud, Reil and Luther.


In January 1918, strikes broke out across Germany; workers demanded peace, more food and more democracy. Two prominent Jews, Hugo Haase and Kurt Eisner, were among the leaders of the strikes. Afraid of a revolution like the Bolsheviks’ in Russia, the government quickly arrested the striking workers—and sent many of them to the front. In Berlin, flyers were handed around blaming the Jews for the uprising, though most Jews—and most soldiers—had little sympathy for the strikers. One Jewish newspaper, the Allgemeine Zeitung des Judentums, proclaimed that the strikers had “weaken[ed] the army’s military clout” and added that they were “stabbing the frontline army in the back.” Jewish writers, like other Germans, freely employed the fatal figure of speech.


It was the Marxist Jewish strikes which crippled Germany, and snatched defeat from victory is what cemented in the German mind. The rape of the Woodrow Wilson treaty for the end of the war against Germany, further robbed Germans, and it set off the political environment, where a half Jewish leader named Adolf Hitler, rose up in leftist Socialism, against the genocidal political opponent of Soviet backed communism in Germany, led by Jewish intellectuals.

The first publications schooling the German people on this were Jewish nationalist publications, blaming socialists (communsits), liberals and Jews for the concentration camp which "peace" had locked Germany into after November 11, 1918 AD in the year of our Lord.


Stern in his book about the intellectual roots of Nazism, The Politics of Cultural Despair, wrote that “No single idea played so powerful and so pernicious a role in postwar Germany as the notion that an undefeated army had voluntarily laid down its arms in the hope of a just peace. Because of it, Germans were able to feel that the Allies had tricked, not defeated them,” and that sinister elements of German society had aided this betrayal: “socialists, liberals, and Jews.”


There is never going to be a discussions of this ever. The propaganda control censors blogs as this one, which deliberately uses the taboo words of Nigger, Jew, Beaner, Mic etc... for the simple reason when those words are forbidden they become wore slurs and young snowflake children who want a world where they always win, build a world of Hitler, Stalin and Mao, which unleashes the police state to destroy anyone communicating ideas, which make people think, all based on historical fact.

This blog has always stated, Jewry is not the problem. They are a successful and arrogant predatory people who have accomplished much. It is when Jews in that delusion become the Adam Schiff's tearing down elections with foreign actors involved, and are not like Milton Friedman who liberated Americans to prosperity under Ronald Reagan, that the problem arises, as there are too many Steve Mnuchin fellow travelers with their billions aiding Nazi conglomerates who are displacing Americans, as Germans were, and are relying on foreign slave labor as the Nazi Reich did for a false prosperity.
The Jewish elders sold their poor to work Nazi work camps, over toasts with the Nazis. That is a fact. Americans are being sold by their leaders as the Queen sold the British to be removed from colonies they built.

Ask yourself why so many of these German Jews like Albert Einstein fled Europe for America? Ask yourself why nuclear scientists got into America, when FDR was turning away boatloads of Jews who were poor coming out of Europe?
Ask yourself why there were numbers of German Jews who served in the Reich in the fight against British colonialism, French intrigue and Soviet genocide of Germans, all sponsored by the Rothschild, Schiff  and Rockefeller Ashkenaz financiers and industrialists?

It is why there is a Jewish slum lord, in Jared Kushner, fighting for Donald Trump in his Jewish interest with the failed Benjamin Netanyahu, against these other Jewish interests which are centered around Adam Schiff.
As Webster Griffin Tarpley noted, the democrat party is going to be split by the cartel into an Obama Marxist and a coming Trump Nazi or National Socialist wing to rule America, with the GOP conservatives degraded to Green Party status. That is what this fight is about in America and why fake impeachment is produced as much as the constant turmoil as America is remade as Lincoln remade America in 1864 AD in the year of our Lord.

Secular Jewry is fighting against secular Jewry, and it is in America, the Israeli state and in Austria. The revolution is upon the world and there will be world war again. This is a political fight now as it was a political fight then. It is secular and not religious. It is secular Jews throwing out Orthodox Jewry from the Israeli state.
Those who have been intimidated to use the forbidden word are the silent ones as were in Germany, who said they would never let this happen again. It is happening again in Europe and the Americas, and it is all due to censorship and silence as this is