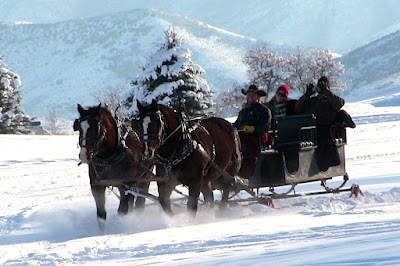 I did not want to be remiss in not saying Merry Christmas to all the good children of the Lame Cherry family. Jeffrey wrote a nice letter days ago, but I have not had the time to thank him or others, as we have had unpleasant weather here, as most of the people in the world are having.

TL just mentioned to me that it did not feel like Christmas and asked me what I thought, and I agreed, as we have been through the hell of the mother and then Uncle was just a.........an eye closing wincing of what harm would come next.

He broke his word to us in not returning to his wonderful daughter's home for the winter and then decided he could play both ends against the middle against us to keep us in line, but that is not going to work with me. I was under pressure in wondering each day what he was going to yell at me for not performing to his standards, and I was really trying to not blow things as I wanted he and his family to be able to find closure and be a family again.
It came down to the last day of yelling, and honestly being put into a primate pen of people who will steal things, and I simply am not going to compete on things like that, and get blamed for things I did not do.
I probably surprised him in we did not return, and now he can have the people he chose as if we were not good enough, then his other choices will teach him a hard lesson.

I suspect that he is not going to last for a very long time. It just is a matter of things, in he had his opportunity to make things right with his children and turned into the same belligerent my dad was after he was sick and the same manipulator my mother was after she went into bitch mode.

None of that sounds like Christmas, but for the first time in years, I do not have to worry about some geezer dying on me and me being responsible for impossible decisions. So the relief is a Christmas present to us.

I do not like the weather being 20 below, but it is supposed to moderate and I will work on that too by God's Grace and Strength. The cattle are fed, birds are doing ok and the cats are good. I just miss not having the time, transportation or money to do the things that used to make winter bearable. My life used to be a world of bow hunting, duck hunting, waterfowl hunting, upland game hunting, trapping, deer hunting, ice fishing. That would take me through from September to January.
I hated January as it was a block of 4 weeks of cold. This year in 2020 I know it is as long, but it looks shorter broken up, so I am more pleased about that.

I thank the few people who have donated. I would that others would have the "Richard and Stephanie Spirit" as this would all be easier as Vikings need some good news at times too.

I know it sounds Charlie Brown, but I dislike the retail of Christmas. It starts earlier every year, because the stores are going broke, because the US economy is broke from all that money held in Wall Street, and as Katherine Austin Fitts said, "someone stole 21 trillion dollars from Americans and that money is still out there".
You know who that is, and I told you it was there long ago. I just would that Trumpland in all of his billionaires would have remembered me in the Joseph dungeon the past 4 years for solving Pharaoh's dream.

Someday I hope for a sleigh horse and TL and I will go for rides and just enjoy pleasant winter nights. I still feel my entire life has been wasted and the time has been wasted.  Even for the saving Grace of saving so many lives and changing things for good, I still wonder if it all mattered.

I am contemplating my next move as we just took out sourdough bread from the oven to warm the house up a bit more, if I will read a really poorly written book or take the laptop into an away place and re read a story I plan to torture Richard and Stephanie with. Stephanie tolerates my tales and I have not written a short story in a long time. I have another I would like to write, make a movie out of it, but that is a monetary issue, and if I have time, I wanted to write about a dozen space type adventures in short stories and publish it on Amazon. I like good short stories, as the thing I am reading now just sucks in details and cliche writing.

I think the book reading is going to win out and then I will peruse the story here to see if it is ok to send. The computer froze yesterday by NSA again, and I thought I lost the story, I forgot the name and when I opened the files, thank God it appeared, as I did not want to rewrite that much from memory.

Well it is time to fire up the afterburners and jet.


Merry Christmas, good tiding and great joy for Christ is our Savior.