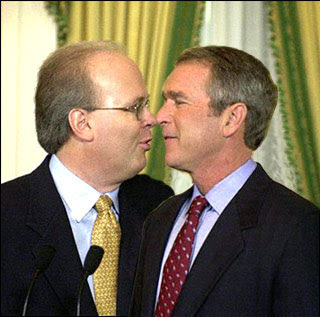 Look there were signs from the beginning that George W. Bush was a bit strange in the company he kept. Sherman Skolnick made it an open secret in W swang about 90% guy and 10% Laura, as that marriage like Obama's only produced two kids who did not look like the guy on the birth certificate.


Bush, Blair and the war in Iraq: Blackmailed ... - Sott.net

https://www.sott.net/article/280829-Bush-Blair-and-the-war-in-Iraq-Blackmailed-pedophiles-or-just-war-criminals
One way is by blackmailing politicians. And in Bush and Blair, they had plenty of opportunity. As Sherman Skolnick reported years ago in Bush Bisexuality Asserted In Scorching New Book: It relates to George W. Bush's homosexual relationship, since about puberty, with Victor Ashe, long-time Mayor of Knoxvillle. When some in Congress began ...

Men just do not carry on the way W does with other men, if they are not in the Obama way.


Something though changed as W. ended his presidency and started rejecting "What Jesus would do" and started expressing his attraction in public.

The infamous photo of W. goosing Michelle Obama in public, started off their love affair. It seems as George W. aged, he moved from being a fagsexual to his form of Wagsexual. George W. Bush apparently had enough of the scent of sweaty men, and the girl side came out in him, in he became the wagsexual in rubbing around on sweaty dykes and shemales for his sexual attractions. 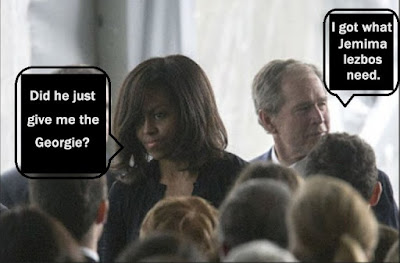 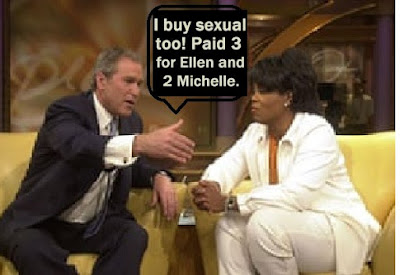 Do any of you think that a Michelle Obama or an Ellen DeGenneris, is going to hang around with a straight white, Christian, man, take heat for it from the radical left, suffer the consequences........because they like George W. Bush that much?


George W. Bush was the most boring person in Washington and Texas. He went to bed early, he conversed like an inbred who could not pronounce words and there was nothing interesting about him. DC socialites detested him, but suddenly Michelle and Ellen are fascinated by this guy?

https://www.washingtonpost.com/blogs/reliable-source/post/george-w-bush-still-goes-to-bed-early/2011/09/17/gIQAvLhFaK_blog.html
Sep 18, 2011George W. Bush still goes to bed early. He made it to a Tuesday night dinner party for participants at the Washington home of longtime supporters Wayne and Lea Berman, his former social secretary. But at 8:45, he stood to address the room. "Nothing's changed," he announced. Well, sort of a joke, sort of not: He did stick around to say a few words, but indeed, didn't linger much longer.


I mean just look at the guy. No one wants to be around the 80 year old fuzz brain whose story starts with, "Yeah I got me an apple phone.............you know I like apple sauce as it is easy to chew...........I'm glad my dog only licks my nuts", yes that is what it ends with, and no one wants to hear that, so what is the real agenda, as George W. is not preaching the Gospel and converting souls bent for hell. 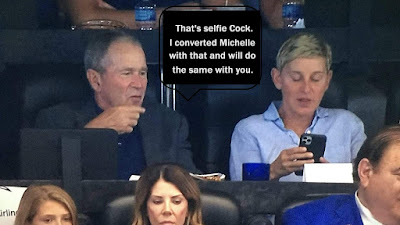 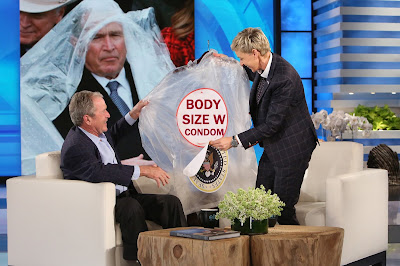 
Now why is that?

As he sure as hell is not hanging around with Franklin Graham. 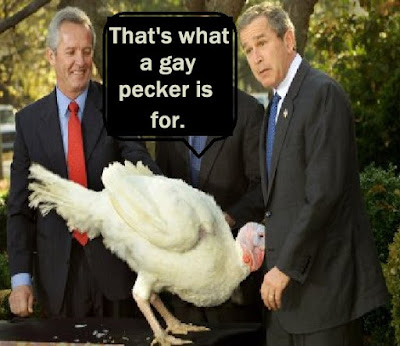