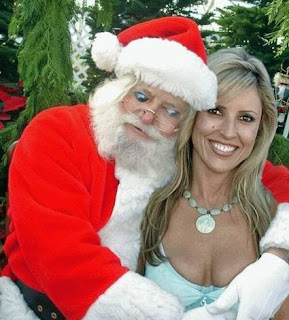 
As another Lame Cherry exclusive in matter anti matter

I wonder where the Secret Service is, as it is always absent with Croc State conspirators are threatening the President, as Joe Scarborough in another Delusion of Grandeur, has announced he is going to destroy Donald Trump.

The crime was that candidate Trump mocked Mika Brzezinski.

If readers need a reminder who Mika is. Mika is the daughter of Zbigniew Brzezinski, who was  Jimmy Carter's security adviser, who bragged he created the Soviet genocide in Afghanistan, and is the source of Islamic Terrorism, as this Pole had a fixation on making war on the Soviet Union.
The Soviet Union is gone, but America is now the nation fighting Brzezinski's terrorism. 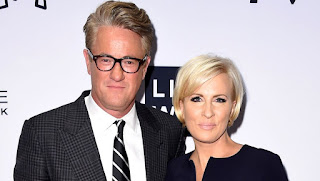 Scarborough Virtually Admits: I Aim to Destroy Trump Cause He Mocked Mika  ∞ nwsbstrs


Yes Mika Brzezinski is the daughter of the horrid man who brought about 9 11, the worst attack on American in history.

Mika is also the girl who Charlie Rose said, before he was ruined for being a pervert, who used to run and play with his balls, as her father played with Charlie on the tennis court.

I had forgotten as everyone has, in what Donald Trump was mocking this homely woman about, as the only reason she ever got a job at Dan Rather's Fake News CBS is she was Zbig's daughter. What Trump said in 2016 AD in the year of our Lord, as Mika was being manly in trying to take down Donald Trump, was she was bleeding badly from a bad face lift. I have added the bad face lift, as I thought the point of a face lift was to look better, and not look like Ivan the KGB Cross Dressing Agent. 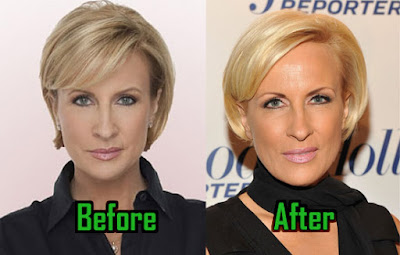 https://thehill.com/homenews/administration/340018-trump-attacks-morning-joe-in-tweetstorm
Jun 29, 2017President Trump bashed the hosts of MSNBC's "Morning Joe," Joe Scarborough and Mika Brzezinski, in tweets early Thursday that said Brzezinski was "bleeding badly from a face-lift" when he ..


Joe Scarborough must have a thing for KGB men as this is what he put his order in for, and as he has sex with this thing, this must be the sinister thing he gets wood over........then again, in looking at Joe Scarborough, I wonder what woman would get hot over something that looked like Gumby from claymation.
Who knows, maybe all Mika had as a perverted menstrating teen was a Gumby to stick up the whazoo. Zbig would come home, hear squeals and Mika would call out, "Oh I am just playing with Gumby, my father if international Muslim Terrroism".

.Dear Santa bring me a new Gumby as the last one smells fishy.


Was the swollen Gumby spot so much that Mika wanted her adulterous man to look like synthetic rubber in what she used to dive him head first to that fishy scented area, and now Joe has taken over for the cartoon character.

The thing is when it is racism against White People, in hatred, as Joe Scarborough or the Quadroon in Obama that Scarborough defended. Obama can call Sarah Palin a pig with lipstick on her, and Joe was just fine with the horrid attack on a woman. 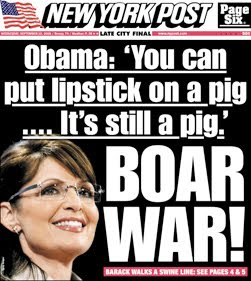 Obama: 'Lipstick on a pig' - POLITICO 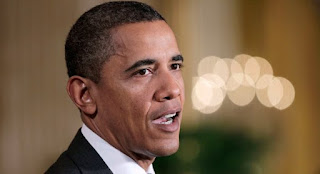 Yes a Designer Negro, in Joe Scarborough's mind, could politically rape a White woman, as Joe has no sensitivity to that kind of malicious attack.

https://www.newsbusters.org/blogs/nb/mark-finkelstein/2008/09/10/mitchell-laughs-lipstick-hes-not-talking-about-palin
Sep 10, 2008Joe Scarborough was equally emphatic in letting Obama off the hook. Joe definitively declared that in talking about lipstick on a pig, "I'm sure Barack Obama wasn't thinking about" Sarah Palin's convention speech line about lipstick being the difference between a pit bull and a hockey mom. 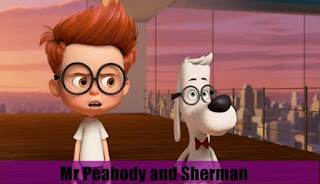 Scarborough: Obama wasn't ready to be president, was ...

https://thehill.com/homenews/media/368049-scarborough-obama-wasnt-ready-to-be-president-was-glorified-state-senator
MSNBC's Joe Scarborough on Tuesday said "Barack Obama wasn't ready, in my opinion, to be president" and stated Obama was just "a glorified state senator" during a discussion on "Morning Joe."

But that not being enough, Joe Scarborough and Mika Brzezinski in their sexual lusts, transform themselves to cartoon characters of Shermie and Mr. Peabody. So Mika has the hots for little boys and Joe has the leg tingling for women who look like dogs.

On Criminal Minds in forensic psychology, they would have a scene of these lustful duos involved in things that even the censors do not have a name for it, as people become what they are attracted to in first sexual experience.
That is what it appears by what these two gravitated to in each other and transformed themselves into for the other.

Hmm do they hire people to play their parents to knock on the door, or do they have some illegal hired for that. 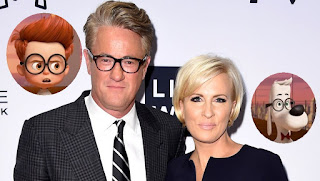