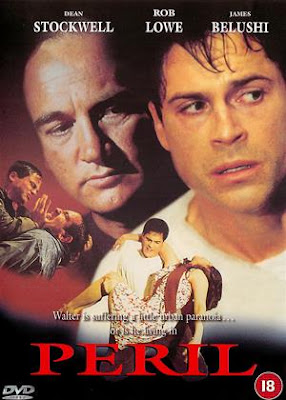 As I type this, I had just suffered through the most horrid movie ever in John Cusack and Sammy Jackson in something called 1408. See one of our local stores was going tits up in the Trump Depression and was selling these package movie things like 10 movies for a few bucks, so figuring I can watch shitty movies, is better than no  movies, we got like 40 movies to watch for a few dollars.

Yes they suck, and the worst part is the Cusack horror was 2 dollars from the thrift store, while the following movie was in a package deal and I honestly have to say it is one of the best movies I have ever watched as I was laughing through this bizarre horror drama starring Rob Lowe.

Now Rob Lowe I adore for being a Conservative, but I never had any respect for him when he was whoring around and I honestly have never seen a movie he has been in, as the guy just puts me off as an actor. That has all changed in Living in Peril.

https://www.imdb.com/title/tt0119555/
Directed by Jack Ersgard. With Rob Lowe, Jim Belushi, Dean Stockwell, Dana Wheeler-Nicholson. The young architect Walter leaves his wife Linda to go to L.A. to draw a mansion for Harrison. On the highway a truck driver almost drives him off the road. Walter calls the truck-company to complain. The driver gets fired.

Jack Ersgard directs and I think his entire family wrote it as there are Ersgards all over the place, but in all honesty this movie is only second to the Lost Boys, starring Corey Haim and Corey Feldman, for being entertaining horror.

I am debating how not to give things away, but the story is about Lowe being hired to design a house for a rich guy in California, and Lowe ends up being stalked, and I did not see the punchline coming, as there is so much hysterically bizarre stuff going on in the characters are are off the wall, and the things the writers came up with, just made me burst out laughing even in horrid scenes. 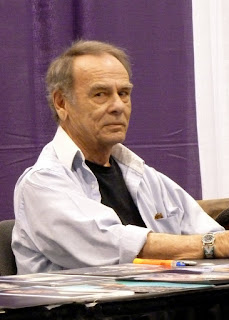 Dean Stockwell, another actor I never liked as he was so creepy in Battlestar just shines in this movie as the loony apartment manager from hell. He hits this bit part thoroughly, along with all of the secondary actors.
The only drag is the actress who plays Lowe's wife. She is preggo and a whiner, but everything else is just pretty good, including Jim Belushi, who is not a great dramatic actor, but when his time comes, he does a good Jack Nicholson impersonation in the Shining. 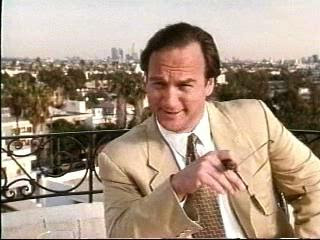 There is a Dean Stockwell scene which should not ruin the story, but Lowe in his drafts has them get all wet. His German neighbor tells him it is rats pissing on his papers. So Lowe goes down to Stockwell and starts talking about rats and pissing on things, which Stockwell looks at him like you do sitting there as Lowe sounds absolutely nuts talking about rat piss.
Stockwell finally erupts and says, "Where in the hell did you come up with a crazy story like that!!!"
Lowe reveals it is the German and Stockwell screams at him, 'Well you can't believe that German as he is nuts!!!". and slams the door in his face, leaving you wondering just like Lowe, "Well how in the hell did my papers all get piss on them then!".

It makes me sad when a Jack Ersgard creates such a delightful script, attracts some really great actors for this movie, and then directs superbly and no one has ever heard of this film, as this movie is simply watchable and it is never boring as it carries you along.

Rob Lowe is great in his dead pan, helpless, ignorance. He does remind me of Johnny Carson in his skits in you can see him move from doing dead pan to going back to trying to act like he believes the odd things going on. 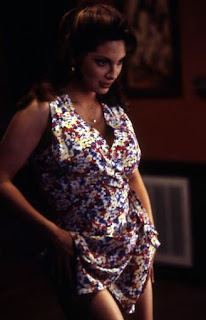 
This is a 50 dollar movie which cost me 30 cents. Yes I got a pile of really marginal movies, but this Lowe movie stuck in there is one I will be watching again soon, and will keep for special occasions like The Lost Boys, which is my favorite horror movie as it reels you in with humor and then runs to stark raving vampire terror.

This movie moves flawlessly between scenes and when compared to a Cusack and Stephen King shitty writing, shitty script, shitty directing, shitty relying on special effects and shitty Cusack and Samuel L. Jackson. you realize that Jack Ersgard produced a modern Alfred Hitchcock drama, because he understood it was STORY which makes a movie and not blaring scores, blinding special effects and actors who take themselves way too serious in being spoiled brats who should have to work for a living.

So that is the review. Living in Peril is  one of the best suspense horror dramas ever created and if I ever have the opportunity in haivng a big donation, I am going to see what the Ersgards are up to, as they write wonderfully, cast wonderfully and they make wonderful movies.