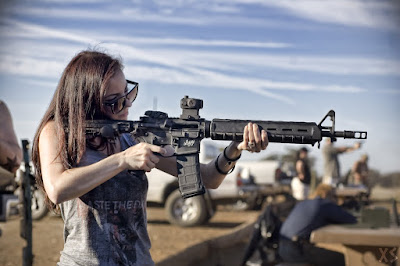 It is an interesting dichotomy of life that Lenin was thinking about becoming a Christian Priest, until he became a communist and ushered in the slaughter of hundreds of millions and the enslavement of billions, as it matches that in the United States the Tree of Liberty in Virginia, has become the adder of tyranny in biting poisonous venom to it's Citizens.

Virginia in Obama communists ushered in infanticide laws, the genocide of Protestant Black and White Americans with Muslim and Jesuit tanskins, while feeding off a nation, and building a multi trillion dollar enclave of the elite who serve this system of the police state, wars and criminalizing Americans.

Virginia moved then to like other Obama city states in Chicago and New York to ban the ownership of firearms. In what has become a King John and Robin of Luxley reality, as 75 of the 95 counties in Virginia passed laws that they were Second Amendment Sanctuaries, as the Chief Law Enforcement Officer, the elected County Sheriff was refusing to confiscate firearms.

What has followed is exactly what this blog has stated would follow in Coercion Laws are about to be implemented, in the State will refuse to provide funding to counties who do not enforce firearm confiscation, meaning the State in confiscating money from Counties, refused to return the People's money back to them, in order to blackmail those Counties to submit to unConstitutional Law.

The reality of this is, that the Counties will begin finding creative ways to not send money to Richmond Virginia, and that is why plans are being forwarded that the Governor will unleash the National Guard to arrest Citizens and confiscate their firearms.


Democratic Virginia Rep. Donald McEachin (4th District) did have some ideas as to what those consequences could be.  One way to get counties to fall in line is to cut funding; another, he said, was to bring in the national guard.
“They certainly risk funding, because if the sheriff’s department is not going to enforce the law, they’re going to lose money. The counties’ attorneys offices are not going to have the money to prosecute because their prosecutions are going to go down,” he told the Washington Examiner.
“And ultimately, I’m not the governor, but the governor may have to nationalize the National Guard to enforce the law,” he continued. “That’s his call, because I don’t know how serious these counties are and how severe the violations of law will be. But that’s obviously an option he has.”


I fully expect in this, if this was Hillary Clinton 2020, Elizabeth Warren or Joe Biden that Governor Northam would issue an appeal to those presidencies, and the BATF, FBI along with their counter terrorism units would begin sweeping through counties, like King George and the Red Coats.

Of course there would be bloodshed as the mountains of Virginia do have holler folk, and they would begin taking pot shots at this martial response.

At this moment in the United States, in the State of Virginia, the People there are criminals, as the people of other states are moving from California to Washington, to join the City States in banning firearms.
None of this is going to change, but only become worse, as the reality is Virginia is a human traffick dump of socialist Muslims and Jesuits, joined by the metro elite whose high salaries come from the federal confiscation of funds, and handing this out to civil servants in million dollar homes.

The Coercion Laws began under Ronald Reagan for raising drinking ages and forcing people to wear seat belts for their own good. Yes tyranny is tyranny, and there is always a despot seeking absolute power hiding it in public safety.

REAGAN CALLS FOR DRINKING AGE OF 21 - The New York Times

https://www.nytimes.com/1984/06/21/nyregion/reagan-calls-for-drinking-age-of-21.html
Jun 21, 1984President Reagan got a glimpse of a New Jersey high school's program to combat drunken driving today and called for a nationwide minimum drinking age of 21.

https://www.theatlantic.com/politics/archive/2014/07/four-times-the-government-held-highway-funding-hostage/454167/
Jul 16, 2014The federal government can't force states to comply with all of its whims. But it certainly has the means to put the pressure on. Congress is debating how to extend funding for the Highway Trust Fund, the money that has in the past acted as the federal government's muscle in enforcing laws at the state level.

With the coming genocide of American White and Black for the tanskin foreigners, what is Virginia and California, will become states flipped in Florida and Texas, and with that a national mandate to confiscate firearms in complete gun control, save for the criminals and the elites.

Donald Trump did not shut down foreign settlement in America, but made it easier under John Kelly of Homeland Security. These Trust Self Evident are not evident to wealthy elite and ignorant 3rd world vermin, so Donald Trump has a definitive part in this as does the Wayne LaPierre NRA which has been involved in more gun confiscation than Obama.

If the world lasts that long, you can count on by 2050 AD in the year of our Lord, that White and Black Americans will face the same expulsion that colonists did in Rhodesia, South Africa, Kenya, Tanganyika, in being forced by the new unConstitutional majority to go back to where they came from.

This is just starting.