Reaching out to all Jews 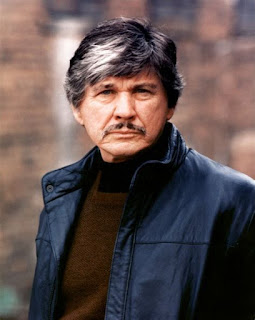 I go to a zoo and beat up goddamn gorillas for fun.


The Lame Cherry has like most Americans a great deal of financial, physical, psyche and emotional burdens and scars, and are trying to cope the best way we can, so when these Jews keep having problems and want the police to die more for them, something needs to be understood.

If your Jewry is so important to you, unlike Mark Levin who does not parade around in a skull cap, then just figure wearing your Jewish accessories is going to give you problems now in Jew York City, because you voted for liberals who have been infesting Jew York City with Muslims, while you drove Blacks out of their homes, and they all hate you. That is pure and simple and trying to say that hate is bad or unlawful is still going to get your ass handed to you, because the police are not on instant death alert to die for you when you get bullied.

Sara Carter was priming the pump on this Jewish incident which I post below. Some damn fool thought that being a Jew in your face was still a good idea. He goes by the name Yonatan Herzfeld.

Ok, his name is Jonathan. If you want that Hebrew shit go to the Jew state, give up your religion as Benny Gantz does not want you there, serve in the military like all Jews, and go wear your skull cap and do Jew things.
If you are in America, go by Jonathan, and give up that Herzfeld stuff, as you are not a German. Jews hate Germans and make an industry off the holocaust in hating Germans, so get your Ashkenaz name right and stop being German, as you are Asian.


Next, that last attack in New York by the big handsome black fella, whose name I forget, this blog pointed out that Jews in the synagogue, locked the doors, left the Jews in the rabbi home to get butchered. So don't whine about people on the subway not helping you to lynch a Nigger bullying you.
Your own people abandoned a rabbi to the blade, so don's expect the goy to bet broken in pieces by a big Coon who is bullying you.

The New Yorkers on the train had it right in you brought it on your self. You made yourself a target and then were running around filming the Coon, when people told you to stop.

As I said I got lots of problems like most Americans. We are facing real genocide in 25 years in White Protestants will exist in enclaves until they are voted to be exiled to wherever. Jews in Goldman Sachs just stole billions of our money again, on top of like 21 trillion dollars missing from the  Treasury. Trump Tax under Gary Cohn robbed us for Jews and the elite. So for you having money to live in luxurious New York, you got a fancy cell phone to stalk Jigs with, and then you got the cash to go to college, that is not the life of most Americans.

Listen, you Jews, you got John Kennedy shot to get nuclear material for your bombs. You got a country that is a US welfare state costing America billions. You got Americans killed in your Greater Judea Wars. You got atomic bombs. You got guns up the ass in the Israeli state. You got Mosaad thinking America is their dope trade depot.  You are looting the stock market, so it is like, you got the whole goddamn world, and you are whining about some Coon bullying you in New York?

Here is what White Protestants do in Texas to handle their problems.


Here's the vet concealed carrier who shot the TX church shooter and stopped the killing  ∞ americanmilitarynews.com

Yes I know this is unique like being a rugged individual and taking responsibility for yourself, but it seems Jews have a problem in some people have a problem with them. You Jews are very successful at gaining control of things, so you probably are a little slow in the mental functions of the fight or flight thing, in you expect others to do the fighting. So that is a Lame Cherry advice to Jews in America, as ancient as reptilian brains.

Jews need to learn to run or buy a gun.

I would me more than happy to star with Ivanka, our future President when she converts to Lutheran to do an Ad Council , public service announcement 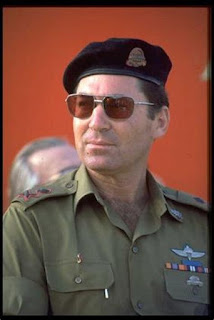 I'm General Dan, how about I shove a Jericho nuke missile up your cock and circumcise you!

We would have photos of Jews who fight back like General Dan Shomron, a real favorite of mine, as he led the Raid on Entebbe, a real rip snorter that Jew was. I mean Charles Bronson never ran away from a fight with a Nigger or anyone. He was a Pollock Jew, so not everyone was John Banner making people laugh. Of course Charles was an American and left his weird ass Jew name on the shelf as he knew how to get along. You never saw Chuck wearing a goddamn skull cap or thinking a smart phone was a weapon.

So Jews need to get guns for themselves in their liberal ghettos. I would recommend something revolverish, a 32 as they are slight people these Ashkenaz or they get fat and loud like Rob Reiner, and all that hand blubber does not hold a gun well. Get enough Jews to buy some 32 revolvers and pack, and paying high prices and an affordable model will appear for real Americans.

I think that is about all I need to say about this reaching out to all Jews in this helpful message as their reptilian brains are all screwed up in thinking they can shove big Blacks aside and they will take it, and as the Jew moon slowly rises in the east, the words of Horace Greeley come to mind: 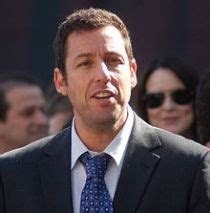 I got a gun. You hate Jews. Let's see who wins.


A Jewish student attending Stony Brook University found himself victim to a growing number of anti-Semitic attacks in New York and around the world when he was attacked Sunday while riding the New York City Subway.
The student, Yonatan Herzfeld, 20, was wearing a Jewish skullcap, also known as a yarmulke or a kippa, on his head, a symbol of Jewish faith, when a middle-aged African American male chased him off the train “shouting about my kippa and drawing a circle, referring to my kippa saying, ‘what’s that you got on your head,’” Herzfeld said, according to a report by World Israel news. He then attempted to record the incident on his phone.
“I wanted to have evidence for whatever he was about to do,” said Herzfeld. “He then chased me off the train so fast I couldn’t even grab my suitcase and I had to circle back into the train to get it. The train closed and I stood as far from him as I could.”
Herzfeld tried to escape his attacker and search for help, however, his cries fell on deaf ears as he passed through the busy station, according to the report. “No one did anything when I was screaming for help,” he said. “Many were yelling at me to stop filming him, telling me that I brought the incident upon myself.”
“When the train pulled up to Times Square, he was in the car ahead of me, and the only way out was to get past him,” Herzfeld said. “But he kept coming closer towards me, so I was backing up closer and closer to the wall until there was no more room.”
“I screamed ‘help’ several times at the top of my lungs, and that startled him for a few seconds, which gave me enough time to use my suitcase as a shield and push past the mobs of people. They all stood frozen.”