The Federal Comptroller to save Donald Trump 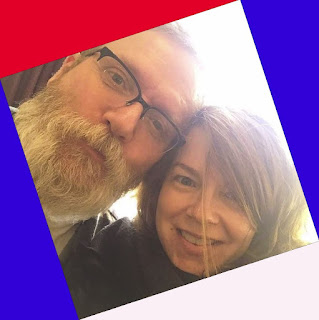 There was a most interesting development which the media did not focus on, and the Courts simply swept away in "Boys will be Boys", in an analyst for the FBI, whose wife apparently was working for Jack Burkman, the lobbyist who was attempting to uncover what happened to the DNC hacker, Seth Rich, after Rich was murdered on a Washington DC street after appearing at a gay bar, were both involved in a plot which go the husband, Mark Tolson convicted on 7 days in jail, for his hacking into the Burkman accounts, copying emails and then having his wife, leak them to the press.

All of this was said to "protect" Robert Mueller, who Tolson now says needed no protection.


"After snooping through Burkman’s account, Tolson sent screenshots of the messages and offered the password to an unspecified journalist, court filings say," POLITICO reports.

The entire Seth Rich murder was in a long list of Clinton connected deaths of people who ended up dead after they decided being around the crooked Clintons and their fixers was distasteful to their liberal mindsets.
Rich discovered that Bernie Sanders was a fraud, copied the files, sent them to Wikileaks, quit his job at the DNC and was moving to New York and ended up murdered walking hom.

Burkman got into a great deal of circus with the Rich family and others, and somehow in this Robert Mueller inspired one of his proteges to protect the old man, without being asked, by creating federal wire crimes.

Lobbyist says he was nearly killed by man he hired to ...

https://www.washingtonpost.com/local/public-safety/lobbyist-says-he-was-nearly-killed-by-man-he-hired-to-investigate-seth-richs-death/2018/03/19/a4261e48-2baa-11e8-8688-e053ba58f1e4_story.html
Mar 20, 2018Jack Burkman, the lobbyist who has put a sizable donation to solve the murder of Seth Rich, canvasses the neighborhood of the murder on January, 10, 2017 in Washington, DC.

The point in this is not the FBI hacker and his wife. The point in this is what this blog has been focusing on for years, in the entire police state in America is broken. There is a psychological screening which weeds out people, but weeds in a host of these people who think they are above the law, and somehow discern it is ok to frame Donald Trump, because that is what James Comey and Barack Obama would want.rir

These people do not think. They are reactionaries and are a real threat to America as has been proven by the past  decades when children were burned up in Waco Texas, mothers had their heads blown off in Ruby Ridge, LaVoy Finnicum was set up for execution in Oregon, Hutatree was framed, and lastly in a major story, Donald Trump was framed.
In all of this, there were two people in the DOJ and FBI who actually attempted to not abuse the system against Donald Trump. Otherwise, it was wholesale law breaking by those with badges and oaths.

When Loretta Lynch was confirmed for her hearings, Mormon Orin Hatch of Utah, held up the book by DOJ attorney, Sidney Powell, exposing all the corruption at the DOJ, and told her to read the book and fix the DOJ. That did not happen, instead Pissgate took place.


Sidney Powell | Author of the Bestseller Licensed to Lie

https://sidneypowell.com
Sidney Powell is a former federal prosecutor. A veteran of 500 federal appeals, she published "LICENSED TO LIE: Exposing Corruption in the Department of Justice." She serves as senior adviser to America First Policies and senior fellow for the London Center for Policy Research.


This blog has pointed to the psychological profiling of people in the police state is flawed. It was designed that way to get these people who will break the law to uphold the law. Robert Mueller during his tenure at FBI holds responsibility for part of this, as he was a real stickler for protecting the agency and being a hard case against people, innocent or guilty. Robert Mueller began rotating Agents in and out, meaning established Agents were displaced, as Mueller meant to put his mindset on the FBI.
Robert Mueller was a leader of high morals and tragic failures. His leadership was leadership though. The problem with the FBI spiraled into was when James Comey, another Mueller protege was appointed by Barack Hussein Obama.
Where Mueller had the necessary curbs, James Comey had none. Comey suffered from a messiah complex and thought of everything in basketball terms. Literally, he had a number of Obama a political minders embedded at the FBI, who Comey said never read reports, so people who made applications for FISA warrants, were not being supervised, and like Mark Tolson were off engaged in activities that the FBI would never allow.
James Comey is the poster boy for the problem of Robert Mueller's psychological imprint on the FBI, in Mueller produced a standard of law abiding conduct, but Comey morphed into a lawlessness which could violate the law. 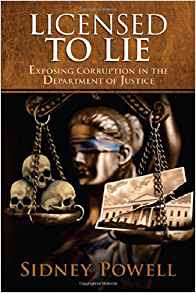 There is a disease at DOJ, FBI and other agencies as Obama manifested from the IRS to EPA. Americans becames criminalized while the debauchery at FBI was running rampant.Fed The chief of counter intelligence in Peter Strzok was committing adultery with the FBI attorney in Lisa Page, who was working under the DOJ's national security attorney John Carlin, who was one of the Mueller proteges who progressed the framing of Donald Trump.
Robert Mueller in his justice at all costs has manifested some historically problematic proteges who shattered the protocols of justice at the FBI.

For the record in this, the Lame Cherry advocates that Sidney Powell be appointed by President Donald Trump as  Federal Comptroller, to review the entire security and intelligence sectors in the United States, to literally erase the mindset of what reflects Eric Holder in the abuse of power at DOJ and the flaw in Robert Mueller's psyche which produced the manifestations of James Comey.
The DOJ must in psychological rescreening remove problems, and flag them to not be hired by local or state law enforcement.  The entire DOJ must realign itself to the mindset of Attorney General William Barr who understands the law is to protect Americans and not criminalize them, and that law enforcement is to protect and serve, and not intimidate and entrap.

Unless this is undertaken America is looking at 40 years in an attempt to rid itself of this psychopathy, for the fact is Obama engaged in mass hiring of FBI law enforcement to embed these types who will disregard the law to protect the inner sanctum, and not Americans.

The fact is that Mark Tolson and Sarah Gilbert Fox are innocent in this as they are like children who have absolutely no comprehension to not act out. The rudderless James Comey had Agents acting out in trying to "save" things because all trust had evaporated under Loretta Lynch and Sally Yates as much as James Comey. Mark Tolson would never have been triggered, if his personality profile had not that character in it, and he would not have acted if he thought Robert Mueller was capable with James Comey at the helm.

I detest more regime officials, but America is in dire straights of needing someone who can restore the checks and balances. Director Christopher Wray has purged the few, but in his protecting the FBI, he has stonewalled Congress. His character has appeared to be strong enough to keep the FBI from swerving into another Pissgate shoreline, but what of all those Obama employees who will still be there in 10 years, and another James Comey appears for the next Obama who activates all of these fellow travelers again, as the same political appointments will take place and America will not have any Protestant Christians to elect a Donald Trump to expose this next time, while a Hillary Clinton would clamp the lid of cover up down and we would still have Loretta Lynch, James Comey, Bill Preistap, Andrew McCabe, Peter Strzok and John Carlin in power with the CIA's John Brennan expanding the deplorables trials to even Alexandria Ocasio Cortez as she would be a rival of Chelsea Clinton, just as John Edwards was framed and removed.

America needs a Sidney Powell to a 10 year appointment as the FBI Director, with full oversight by the House and Senate leadership, with a yearly published report of problems and people named, with the recommendation that the Attorney General fire these violators and they will not be reassigned nor hired by state and local authorities.

The President needs to pardon General Michael Flynn, place Mr. Flynn into the intelligence community again to advise the President and appoint Sidney Powell as Federal Comptroller to rectify the problems of the Department of Justice. 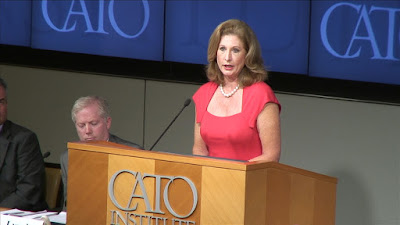