The Klustermench who Framed Donald Trump for Barack Obama 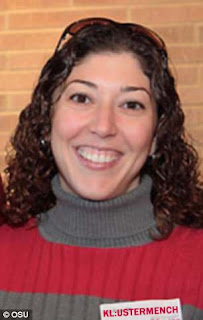 
Former FBI Attorney Lisa Page in her victim's apology for her ethics and criminal violations in being part of the Klustermench framing Donald Trump for Birther Hussein Obama, went back to the well worn mote of protection that the Department of Justice were professionals, above reproach, and whose actions were always above reproach, no matter what their personal texts or adulterous actions were revealing.


The CIA Disease Lisa Page Brought To The FBI

It is of necessity that a name to define this group of fellow travelers be coined, for the reason as Robert Mueller's investigation uncovered, Attorney General Barr's investigation followed, and US Attorney John Durham initiated a criminal probe for these activists, that defining name for them must be found, and that name is Klustermench, from the German. A cluster of fellow travelers who are a people unto their own selves.

As information surfaces, the public is discovering the names of the Klustermench. Lisa Page entering the propaganda of the Daily Beast, allied herself to this group, as along with Peter Strzok, she was of a group who were planting information in the media to frame Donald Trump and to further the framing of Trump and his staff.

Strzok promised Page that there was an insurance policy, a plan to keep Donald Trump from being president. There has emerged another fellow traveler at the FBI, who was tasked to write the application for the FISA warrant to go after Donald Trump, and this Klustermench's name is Kevin Clinesmith.

The evidence that these bureau officials hated Trump is overwhelming. It wasn’t just text messages but Congress would discover that the bureau planted informants in the campaign, leaked erroneous information to the media to taint the administration and a FBI lawyer Kevin Clinesmith altered FISA warrant applications used to spy on a Trump campaign volunteer.


Clinesmith's Obama sage for Hillary Clinton is most relevant, because if it was not for him, there never would have been an FBI spying on Donald Trump, from fake Pissgate Dossiers.

What is of most interest in this was that Clinesmith submitted an early FISA application, but an Attorney at the DOJ, who is a rather unsung hero,Stuart Evans, in this person reviewed the FBI applications and refused them. It was not until Clinesmith altered documents and left out information, that the DOJ forwarded the application to the Court. 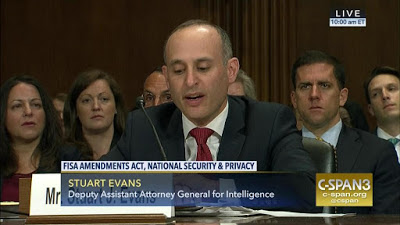 
The Obama Pink of Trump Impeachment

If Clinesmith had not manufactured an application which left out necessary information the Court's needed for the review, in the Courts would have rejected the warrant as would the DOJ, the entire frame up of Donald Trump by foreign intelligence of MI6 and Mosaad, feeding information to John Brennan of CIA and James Comey of FBI, would never have involved the FBI framing innocent men like General Michael Flynn.

As this Klustermench progressed, Clinesmith as Strzok was informing FBI female agents that what they were doing guaranteed that Donald Trump would not be President. In an exchange Clinesmith called on this after the people elected Donald Trump, messaged that he knew they had slowed the momentum. That means Clinesmith deliberately worked to destroy the momentum of Donald Trump in election tampering, and overthrow the 2016 elections. This came from inside the US regime, not from Moscow. This was an admission by two FBI employees that what they were engaged in, was deliberate, to elect Hillary Clinton.

This degraded even further in Clinesmith's supervisor,  Trisha Anderson, did not even read the warrant that Clinesmith prepared. She simply signed it.

Anderson was not supervising Clinesmith, apparently knowing what Barack Obama and James Comey expected of her, for future employment, and this was the application that then went to the Department of Justice and the Courts issued. An application the DOJ trusted the FBI supervisor had reviewed and read.
Are you understanding the term Klustermench now? 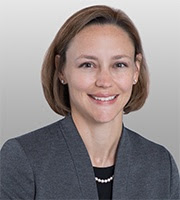 Trisha Anderson, the Principal Deputy General Counsel for the FBI and head of the National Security and Cyber Law Branch, signed off on a Foreign Intelligence Surveillance Act (FISA) application on former Trump campaign advisor Carter Page—before it went to FBI Director James Comey—despite admitting not having read it.


Clinesmith apparently had willing accomplice in another of the Notorious 5 at the FBI has been identified as FBI attorney Sally Moyer. In knowing how attractive Lisa Page is, the Klustermench under her all start looking like MAD TV characters, in Miss Swan identifying Donald Trump as "he looka like a man".

Moyer was the gatekeeper in the Hillary Clinton investigation. She filtered what emails could and could not be used to prosecute Hamrod. It was such a remarkable job that Director James Comey usurped all authority from Attorney General Loretta Lynch and announced that he would not indict Hillary Clinton, because he was not concerned about legalities, but that he could discern Hillary Clinton's intentions.

https://www.thegatewaypundit.com/2018/06/fbi-agent-sally-moyer-who-text-fck-trump-is-registered-dem-filtered-wh at-evidence-taken-from-hillarys-devices-could-be-used-in-probe/
BREAKING: Sally Moyer, aka "Agent 5," is a registered Democrat. She rooted for Hillary to win & IM'd "f*ck Trump" when she didn't. As FBI's Nat'l Security Law Branch chief, Moyer told agents investigating Hillary which evidence from her devices they could use & which they couldnt — Paul Sperry (@paulsperry_) June 24, 2018


What the FBI devolved to under James Comey from Robert Mueller, was the entire DC office was controlled by the Kustermench. This group of underlings, had zero respect for their superiors who were people like Andrew McCabe, James Comey, James Baker, because these were political officers of the Obama and Bush deep state. The officers indicated how they wanted cases to go, in Hillary Clinton would not be charged and the Klustermench withheld information and when the wink and the nod informed the Klustermench that Donald Trump needed to be framed, stories were planted in the media and FISA applications were manufactured.

In all of this Lisa Page to Kevin Clinesmith, excuse their volatile texts, unethical actions and criminal collusion for Barack Hussein Obama as just emotions which bled through. In history, those same type of emotions bleeding through produced Krystalnacht and Molotov Cocktails, and in this Trump era have produced anti Christite diatribes from Rob Reiner in hate speech, comics beheading Donald Trump and organized calls for terrorism against Trump supporters, in direct political intimidation which traces back to Barack Obama unleashing black wilding on Wisconsin white state fair goers.

These people under Lisa Page, as stated, all look like MAD TV characters. In growing up as a child, our group had people who looked like this, the little brothers who tagged along and would horrify others by what they would do, as their was not any brain disengagement TO NOT DO SOMETHING STUPID.

We are facing in the Klustermench though a reality which is sweeping beyond Donald Trump, because in motus operandi, persons of interest are never caught in their first acts, as they have engaged in this before, meaning evidence suppression and evidence manufacture.
The real question lurking which Attorney General William Barr must appoint another US Attorney to review is, we know that this Klustermench was involved in other legal situations before arriving at the FBI. Lisa Page was a prosecutor. It is of importance now that the defense attorneys who had cases appear before her, apply for petitions to the Courts to set aside all convictions and review all evidence against their clients as Lisa Page has proven she planted stories in the media to frame Donald Trump.
Kevin Clinesmith worked at the Department of Energy. All of his cases must be reviewed for ethical and legal content now, as oil companies can claim abuses of manufactured, altered and withheld information in their cases, as Clinesmith engaged in the same activities against Donald Trump.

This is the avalanche of the Klustermench, as there was a culture of CIA rot infused into the FBI by Obama and Bush political minders. Donald Trump is where it ended. What must be discovered is where this all began in their careers, so they rose to the attention of Obama advocates who hired them to install them into the Klustermench.