The Kurz Tide: The Nucleus State of Europe 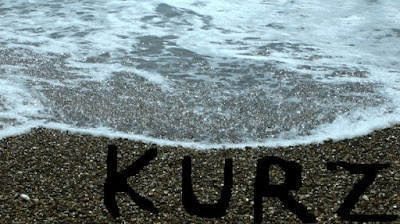 There is a coming tide which has gone unnoticed in the United States. It is a tide which centers on why Sebastian Kurz in Austria is not moving to form a new government in Austria, after 3 months in having been restored to power.

With Donald Trump having secured China, his entire focus is now poised on bringing the Europeans into line. It is not any accident  that Boris Johnson of the UK has been straddling the fence in waiting for a super majority to appear from Brexit, to place the English as king makers in the coming tide.

France is being crippled, as a group of 10 nation states are pushing back on what the European Union should be, and who should belong.

The counter-proposal is laid out in a three-page document, obtained by POLITICO, which is backed by Austria, the Czech Republic, Estonia, Italy, Latvia, Lithuania, Malta, Poland and Slovenia.


The 10th nation in this is Germany. What you are witnessing are the Axis alliance of World War II. The lines are being drawn for trade wars and real wars.


If you want to protect Europe, prepare for trade war

Germany is in flux and only Sebastian Kurz is stable in the Mother Country of Austria. France put into power the feckless German leader of womanhood to the European Union. Her weakness has now established that the European Union is a bureaucracy of stagnation. As Germany surges to the right, and Germany suffers economic crumbling, a new vista is appearing, for Sebastian Kurz to create a 10 nation nucleus of Germanic Italian strength to dominate the European main body, with France in implosion and England gone from the Union.

What is forming is a Germanic dominated center, with Italian connections, based in the human resources of the Slavic states, all to create a federation in the confederated states of Europe.

The desires have already been noted that  the EU is looking for another President, a real leader, not a feckless female. The one person waiting to form a government is Sebastian Kurz, and with that reality, Sebastian Kurz appears to have the inside knowledge of future events, and is positioning himself for those events.


Somewhere in this, is going to form a front against Donald Trump and the United States in trade wars. This front will appear as America is weakened and America is facing internal impeachment conflict. The most prominent entity to assume this front is Sebastian Kurz as a sort of super statesman of the nucleus state of Europe.

The headlines are revealing a story, of alliances forming, of America intruding on European balances of power, including sanctions on European energy.

https://www.reuters.com/article/us-usa-senate-nord-stream-2-idUSKCN1UQ22D
WASHINGTON (Reuters) - A U.S. Senate committee passed a bill on Wednesday to slap sanctions on companies and individuals involved in building the Nord Stream 2 gas pipeline from Russia to Germany ...


All of these events are melding a German Italian Russian alliance. The same relationship with preceded World War II. There is the same economic group who desires another conflagration and reseating of power, and this is what all of these headlines indicate.

This is the Kurz Tide, the man of the age, is coming of age and positioning himself for future events which he understands are on the horizon.