The Liberals Knew Jersey City Was A Powder Keg 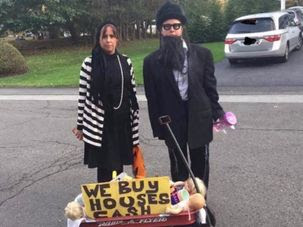 
It is a reality in the pecking order of things, that the American Afroid does have one species below it, and that is the Black Hebrew, because in this racial pecking order of the Nigger at the bottom, the acceptable rankings which follow like Nazi Master Race dogma at the New York Times, ascends then to:


and where the Jew fits in is above all of these groups, as smearing Black Hebrews, is acceptable when it comes to Anti Semitic slurs. The Times writer though does not explain how Black Hebrews, who are Jews are not Jews, but are lower than Jews, because this story of shooting in Kosher Deli's has taken on a life of the Jew victim, now with the smiling foreign worker from Ecuador. 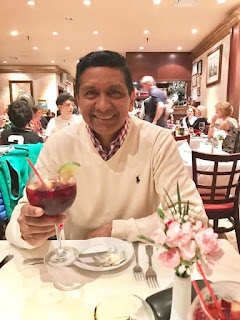 Douglas Miguel Rodriguez did not always make sandwiches and stock shelves at a kosher supermarket in Jersey City.
Thousands of miles away, in Guayaquil, Ecuador, his hometown, Mr. Rodriguez was a middle-class family man who worked as a financial manager for an insurance company,

That is why he was working inside the JC Kosher Market on Tuesday afternoon when two assailants armed with high-powered weapons stormed the store.


The Lame Cherry is going to translate the above in this harp string drama for what it really is, as that is what the Blacks in their Jersey City neighborhood viewed this is.

It reads as 100 rich Jews, fleeing high taxes by liberals in New York, whom they voted for, started buying out cheap Black housing in Jersey, displacing the Blacks. The Jews did not purchase from the Blacks in this neighborhood nor employ the Blacks.
Instead the Jews hire cheap foreign labor, taking jobs from Americans, as the Jews were exploiting the Latin Americans in gaining white collar tan skin workers for their low paying Kosher Jew jobs.

When you know the facts of what was taking place in Jersey City, suddenly this is not all smiling and victims, but the Jews were victimizing numbers of other ethnics.

Now for a further translation.

Many neighborhoods in the city have become attractive enclaves for immigrant workers, like Mr. Rodriguez.

“It’s a city of Chinese grocers and Indian shopkeepers and recent college graduates, all striving for a better life in the shadow of the Statue of Liberty,” New Jersey’s Attorney General, Gubrir S. Grewal, said at a news conference on Wednesday.


Oh so Obama and Trump's paid Visa Vermin, settled by Lutheran Social Services and other charities to take American jobs, are littered all through Jersey City. It costs a million dollars to open a grocery or a shop, so this is most interesting, as you know from your own communities that those Chinese and Indian places, as much as the Mexicans never have the kind of clientele to keep the bills paid, so these are businesses in most cases, laundering money, usually illegal drug money, from these businesses, into the Well Fargo and Chase banks, to return overseas or more to the point, to be dumped into Wall Street for their cut.

What this dolts at the New York Times are revealing in harp string propaganda is a criminal syndicate where Jews are on top, exploiting foreigners, being racists in not employing Blacks and forcing Blacks out of their own neighborhoods. As the background noise is international money laundering paying Jersey's record high tax rates.

Is it any wonder two Black Hebrews witnessing this slave trade and money laundering, exploiting Black communities and targeting Blacks for genocide in driving them out of their homes, went on a "rampage" which is the favorite liberal word for when Jews get shot for these propaganda pieces.

Are we going to see any stories investigating where this Hindu and Chicom money is coming from by looking at their books as the IRS and State Auditors should be discovering where these cash money flows are taking place from. The answer is no.
No more than we will have stories about rich Jews exploiting educated Latins for slum jobs.

None of that makes a good story when the victims are the ones triggering poor Blacks to rise up and fight back in their neighborhoods. Now if this was a White store, then the press would be cheering Blacks shooting the honkeys as Whites deserve it in this Anti Christite age. But this is about Jews, Hadisidic Jews, who the Jews in the Israeli state do not want and who Donald Trump pardons for running the slave trade in Iowa.

You do know that Jews owned numbers of slaves in America before the Civil War right? Well they are back at this again in exploiting poor immigrants, as their successful businesses have been exploiting Americans in banking, Hollywood, media etc...

I will state I do not hate the Jews in the least. I just want this anti gun, hate the Black Hebrews propaganda to gain perspective as New Jersey is a cesspool of human traffick, exploitation, and massive money laundering, and everyone knows it, but no one is stating it in these harp string stories.

And for the facts of the story, the New York Times two years ago, exposed there was a huge problem with Jews buying up houses in New Jersey. They KNEW this violence was brewing as the targets WERE AFRICAN AMERICANS!!!

Once again, this is another Lame Cherry exclusive in matter anti matter.