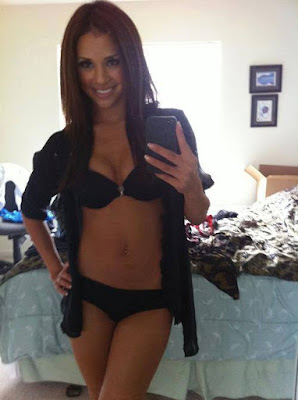 
Being a poor orphan girl, I have to sit in public access areas for wifi, as I can not afford unlimited bandwidth to post this blog. Public sites as fast food chains really suck, as you get ads and nothing seems to want to log in, and the speed is slow.

Public libraries are different. They have good uplinks, but it depends on how many single males without families who live alone and are watching movies, single unattractive women are taking tests to better their vocational outlook, or how many children are trying to kill each other playing video games.
All of those hour long adventures of a dozen computers competing for bandwidth, slows down the rails.

Today we were at the library, with 4 bars of access, and things were downloading ok, but for some reason, in shutting down the computers, it takes quite some time to log off and we just watch that O spin, and spin, as if something just will not let go, and is making certain that everything is being uploaded before the computer shuts down.

This exclusive in Lame Cherry matter anti matter is something to think about and it begins with an August 10th posting, of an article which was online, concerning a quote from Ronald Kessler's book on the Secret Service, in which in 2007 in the year of our Lord, a Secret Service Agent informed Kessler that he was watching a primary type a letter as he typed it in a Pennsylvania Library.

In order for this to take place, there has to be, a universal hub, which is monitored directly by law enforcement. It is well known that ATT, Verizon etc.. all provide this hub to law enforcement. The library hub though must be a like hub, due to what the Secret Service was monitoring.

https://lamecherry.blogspot.com/2019_08_10_archive.html
For example, the Secret Service arrested Barry Clinton Eckstrom, fifty one, who lives in upper St. Clair, Pennsylvania, after a Secret Service agent, alerted that the man was sending threatening emails, SAW HIM TYPE the following, into an email he was sending from Pittsburgh area PUBLIC LIBRARY: " I hate and despise the scum President B*sh!


In following the trail of this, that library event was in 2007, and Homeland which is the domestic hub of this network of surveillance began in 2003 AD in the year of our Lord.

For background in this, during the Reagan era, a federal agent was kidnapped in Mexico, and that agent was found, due to Mexican mafia phone calls, in which key words were intercepted in Mexico, which was monitored by US law enforcement.


The term came about following enactment of the Homeland Security Act of 2002 and reorganization of many U.S. government civil agencies effective March 1, 2003, to form the United States Department of Homeland Security


I was thinking about something the mother told me in passing as she worked for the education system, in the lunch department, where a federal and state grant was using prison inmates to wire the schools with internet access.
I actually found the Federal Communications Program and it links both schools and libraries under the same group head.

Just as Facebook and all social media platforms are direct NSA extensions to profile and provide surveillance, there is a government funded program to direct link all funded traffic, directly to the government servers.
Understand, when the government is paying for the service, it is their property and anything that anyone places on that hub, does not need a FISA or any other type of warrant to access that personal information.

USP, the Universal Service Program, is that open door, and with digital cameras, it collects facial recognition as much as mics with voice recognition, as complete as a smart phone.


There are 16, 536 libraries tracking Americans, and filling in profiles, just as there are 14,000 hubs in McDonalds restaurants,  which are public access, IRS deductions, and these servers are the same Intel chip set, generated from the same government funding.same software with holes in it as Windows for the intelligence community to spy through, and as the CIA produced funding for major conglomerates from CBS to Coca Cola to provide platforms to work through, a series of hubs is not something that is going to be ignored for exploitation.

How many public libraries are there in the US? - Quora

https://www.quora.com/How-many-public-libraries-are-there-in-the-US
There are 9,082 administrative unit libraries (Library districts with multiple branches) Of those, there are 8,895 central library buildings and 7,641 branches. The total number of public library buildings is 16,536. To put that in perspective, there are about 14,000 McDonald's restaurants in the United States.

From McDonalds to 7 11, all of these hubs are franchises set into neighborhoods across America in a grid. Numbers of these locations are money laundering for narcotics operations, funneling funds to Wall Street, all sanctioned with a hands off to ignore this revenue flow to the important people. The police state receives a quid pro quo in surveillance access to control the masses who would interfere with dope money laundering operations in their neighborhoods.

https://www.thesimpledollar.com/ten-places-to-find-free-wi-fi-in-any-neighborhood/
McDonald's. Over 11,500 McDonald's locations offer free wireless access to customers…along with download speeds that are twice as fast as many other national chains. Although their food can be questionable, the coffee is hot, the soda is cold, and you can often find a quiet corner to hide out in.

7-Eleven is free-WiFi spot and has ATMs you can withdraw cash ...

https://piece-of-japan.com/directory/wifi/7-eleven-7spot.html
T-Eleven's free-WiFi called 7SPOT is one of the few free-WiFi spots in Japan. In addition, there're 7-BANK's ATMs in the stores, you can get cash by VISA(PLUS), AMEX, Diners or DISCOVER from them when you need yen.

The CableWifi project, 100,000 free hotspots and numbers of ATM's providing financial information flow. This is the grid which is part of the smart phone network, poor and rich, are all strumming this web to a central access point, which collects all the data, mines if, filters it, and ranks it on four  threat levels, and flags those on the top level.
It was Gary Hart, who wrote the Homeland structure and Patriot Act, before 9 11 ever took place. Senator Hart, the disgraced adulterer, had authored this Big Brother surveillance program, in which brilliantly, you paid to have a network to spy on you without the need for a warrant as it was the government's system which was in plain sight, and George W. Bush signed it all into law, and the right wing cheered.
It seems we have arrived at the time to sing, a song glorified on Criminal Minds, another Mockingbird drama to condition the public and groom serial murderers to perfection. That though is not what this is about.
Nuff Said.

I got a feeling - Eagles of death metal - YouTube