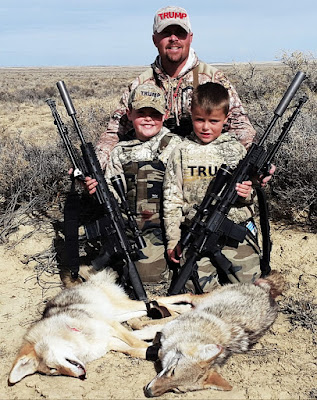 Awhile back, the Lame Cherry, praised Department of Justice Attorney, Stuart Evans, for his protection of the rule of law in FISA warrants being applied for against Donald Trump, and for his work with other DOJ officials in protecting New York City from another Islamic terrorist attack.

The situation is that Google censors all this blog produces, and other search engines are not that concise in searches, and as I forgot the name of the heroic Stuart Evans, I started searching with,
lamecherry, Department of Justice, New York,  and an interesting thing came up, as the only post which came up was the one which had Homeland sent out here by the FBI to interview me, about remote viewing and trying to protect America.

Of all the the things for DuckDuck, Yahoo and even Google to data mine, makes me wonder what the spiders in the wire are hearing in the trends.

There are many things which make me ponder things, like Chancellor Sebastian Kurz, winning an epic phoenix from the ashes victory, after Steve Bannon and a Clinton Jewish operative tried to bring him down, in the Chancellor is not forming a government. Granted, he moved to the Greens exactly as the Lame Cherry stated he would to form a government, but Sebastian Kurz has now stated that he is no hurry to form a government as he expects negotiations to go into 2020 AD in the year of our Lord.
It just makes me wonder what Sebastian Kurz knows and what is he waiting for, as Sebastian Kurz of the Habsburg Dynasty, is a man in the know, and he knows something.


You may remember a few years ago, that Birther Obama, lured out the Iranian Patriots, and then using social media, offered them up to imprisonment and slaughter, in order to protect the communists there. Obama did a great deal of that community organized communist stuff from Libya, Syria, Egypt etc..., as that is what Obama wanted is a committee of communists ruling Muslim nations in order to control them.

Well, you might have missed this, but Donald Trump has really been money pumping in Iran. Thing is as Trump abandoned the Kurds in Syria, which was a big story, the Kurds were still shooting people with American allies after that. This blog told you Turkey was wiping out the Kurds who are ISIS who were working with Iran, the reason that is important is the Kurds in Iran are raising hell now too. The reason is Donald Trump is making a real move to remove the British Obama communists in Tehran that Jimmy Carter and Zbigniew Brzezinski helped install over the Shah, that the indicted Jew leader of Tel Aviv,  who is head of nothing is pressuring Sec of State Mike Pompeo to have the United States become a greater nuclear terror target to Iran, by hammering the Persian Marxists more.

Netanyahu to press Pompeo for more pressure on 'tottering' Iran

Lebanon and Iraq, both countries where Iran has significant influence, have also seen major demonstrations. - 'Shou…


See there is a real power struggle over Iran. Netanyahu in being one Jew, with Donald Trump with lots of Jews at 1600 Penn Avenue, are at odds with France, Germany and England, who just had all this CIA Trump coup plotting, joined with six more European nations in, Belgium, Denmark, Finland, the Netherlands, Norway and Sweden, in the money laundering scheme called INSTEX, which was created by Chancellor Sebastian Kurz to thwart United States penalties on nations doing business with Iran.
INSTEX is in a simple version, taking Venezuelan gold, refined in Muslim Turkey, laundered in UAE Muslim banks, which is used as money for Iranian oil going into China and other contraband nations.

The color of money is gold.

Brussels: Six more European countries have joined the system which is designed to establish cooperation with Iran a…


So it’s puzzling that America’s European allies chose last weekend to announce that six more countries are joining a bartering system, known as Instex, designed to evade the U.S. sanctions on Iranian oil. Belgium, Denmark, Finland, the Netherlands, Norway and Sweden announced Saturday they were joining France, Germany and the U.K..

In the meantime, Donald Trump is in a trade war with Europe, specifically France, and Germany is imploding in cutting auto jobs, as England in Brexit is in flux.  They need the gold of Iran to remain solvent and Donald Trump is causing problems in the grand socialist dream of Europe.

So the President and the CIA, have spread Iran's problems, to the working poor. The problem is the United States has working poor problems in wages stagnated by foreign Visa Vermin replacing American workers, and Trumpflation from high oil prices, as American coal is sold to China and the entire oil shale and natural gas is being dumped overseas. That is another subject, but Europeans are wondering how to protect their workers too.

Today, the unrest in Iran has spread to the working poor. Even Kurdish parties — which have traditionally pursued their own agenda — are now working with organizers of the national movement.

What do you think is going to happen to Iranian thug mullahs, who have been beating up, raping, murdering, stealing and basically no one likes them in Persia or in Europe, unless they are getting bribes, or Obama who was protecting that communist order.


Seriously, what do you think a group of turban heads with terrorists, nuclear and whatever weapons, are going to do to save their heads? How about the bankers of Europe getting screwed out of billions in gold? For that matter, those bankers are Jews in Europe, and Mosaad just took down Netanyahu, as Mosaad is not interesting in peace, there is the reality of a bunch of rather bad people, whose interests are with Iranian Islamocommunists.

I wonder why the trends in Google are pointing to a 3 year old post from August 2016 AD in the year of our Lord, in what the spiders are picking up.

It makes me wonder what Sebastian Kurz in Europe knows, and why he has not played his hand yet, as if he is waiting on something to happen. If Donald Trump wins in Iran, the turban heads lose their heads and Europe loses billions in gold from Venezuela, and Europe loses it's black market contraband which keeps Europe solvent to purchase 5G from China to build Kurz's African trade empire.

Just an odd thing, but then what do I know, eh.