The Weed of Need of Trump's Lane 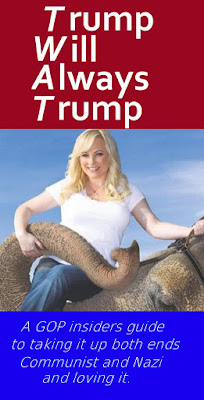 As another Lame Cherry exclusive in matter anti matter/

I was thinking of Joel Skousen in his mention of Qanon being a deep state platform, and thinking if only he knew the entire reality, but then he tends to be a bit one dimensional in his good nature, in a world of malevolence. It amuses me as Qanon could not see much use for this blog, not because the blog is not of any Vulcan use, but because this poor orphan girl keeps dragging the narrative back to where it should be and not where the diversions have you mind's slumming as in the days of Irish depths of Ulsterman,who created a quite pleasant respite in this internet sojourn.

In this Trump political sesaon though in reflections of anarchy of 1864 and in 2020, all is not complete in this facsimilie of time, as in Lincoln's era he was able to martial Simon Cameron, Thurlow Weed, Leonard Swett, Alexander McClure and Henry Raymond who could transcend from poliltics to media, in bribable influences of the Lincoln Union Party.

Like Trump though, he had his #NeverLincolners, like Senators who rose in the Grand Council and would unleash at the nomination process this reality of Abraham Lincoln, which most people agreed with.

Lincoln had a malefeasant regime, heading it as a tyrant, filled with corruption, illegal acts, abuse of power, favoritism to cronies, full of fraud, timidity, inertness, oppression and willful neglect.

Yes Abraham Lincoln had one purpose in life and that was to reward cronies, commit crimes, destroy the Constitution, lose the war, when he was not so sloven that he could get up to be a tyrant in the morning. Donald Trump has not been close to being villified as Lincoln rightly was.

Lincoln though was a shrewd horse trader, which is something Donald Trump is not. In that Joel Skoursen, a gentleman I revere, has it wrong in saying that Trump just needs one non deep stater to show him the way, as Trump is trying to drain the swamp, but he can not do it without help. The reality is Donald Trump is not a political genius like Lincoln, and Trump has to rely upon the intelligence group who helped him keep Hillary Clinton from stealing the election and kept him out of chains from Obama framing of Trump, and in that Trump has a problem as he trusts in people who informed him MAGA was not going to happen, but that Trump would survive to lead the American National Socialist movement or Nazi's, which would be broken off from the Obama communist democrat party, exactly as Webster Griffin Tarpley explained on Jeff Rense, which was the coming agenda for the United States as the GOP would disppear to Green Party level of no one voting for it.

Lincoln placed his hope in Mephistopheles, better known as war criminal, Jim Lane of Kansas, to herd into the Mitt Romney malcontents of malignity toward Abraham Lincoln. Trump did not have a ground  game in 2016, and he did not have a Convention minder in that year either, because Paul Manafort was placed on the ticket by the Missing Link, in order to bring the entire Russian theater to the forefron in 2017 AD in the year of our Lord. There were many purposes in Pissgate Dossier, one being to flush out the foreign supplanters to the American Socialists and another being to put a leash on Donald Trump to abandon MAGA which the President has performed wonderfully at.

Donald Trump is not a player, and not a pawn. Donald Trump is simply going where the politcal road has been paved for him, as Attorney General William Barr who represents the system is moving on a trail to root out that weed which is not the scion of the National Saxons which Dwight Eisenhower and Harry Truman grafted onto the American vine.

If you were paying attetion, in that last sentence you learned more than you have learned from all of your other media combined since 2013 AD in the year of our Lord, on June 13th, when the principle phase of this all began.

For Lincoln, he was rescued by his horse trading in a brilliant political theater, as he rose from the ash heap of history to be re elected and then shot by European interests promoting American radicalism to gain greater control of the American system. For Donald Trump, his puppetry is one of having come to terms with no longer being furious over MAGA, and instead having convinced himself that the greater order is again the answer of American Nazism, the removal of the American race to enclaves, in exchange for the promise of President Ivanka schooled by Vice President Mike Pompeo, where Barron will have a career in wearing slacks, Eric and Don will build resorts on Nagasaki nuclear wastes and Tiffany will continue to audition for the plus size version of Meghan McCain.
Mr. Skoursen believes now that the markets will not crash until after the election, an assessment produced here, as in this Obama two part Super Depression, Trump is the standard bearer, and the horse will not be changed when Donald is trotting this along so well as has been designed.

I was thinking of a MASH episode when a bombadier went insane and became Jesus, and stated of Judas, "Judas could do nothing else as he was Judas". That is all Vatican theology, but no one should be upset with Donald Trump, as he could do nothing else than make the descision offered him. I feel sad for him, as I would not want to be in his station, pretending he is not what he is. Obama enjoyed leading his rats over the edge for Wall Street, as much as George W. Bush enjoyed playing disciple as he set the political arena up for Obama intrigue. Bill Clinton though actually had a sort of democratic dream of balanced budgets and not having Russia raped by the cartel, as he raped women in response to Hillary Clinton being what she is a vulva for hire.
What else could Donald Trump do, but be the Lincoln of the moment in being scorched in the press as a diverseion to the greater picture being worked out. It is not a slight against Donald Trump, but he is not as genius as Lincoln, as Lincoln based his reasoning in stories to teach people why he was progressing to what he was. Donald Trump has none of that  except Twitter bytes which blow the tires out of the truck trying to run him over, and it begins again the next day.

Donald Trump is managing well for as weak of president as he has been dealt a hand into. He is better than Lincoln as Lincoln failed miserably in domsetic policy. It is just a point of what this all is. Donald Trump shuold not place all his trust in the employ of those who placed him there. He needs the Thurlow Weeds and he needs the Jim Lanes, to give him dimension, but he has not shown the ability to rise up rugged individuals, fund them and start a back fire, on the fake smoke of Anthony Scaramucci, who is not very good at Indian  political warfare.
It is difficult to find the last remaining Americans of character in a brothel of political whores paid to decieve people.

With that, this concludes this Lame Cherry in matter anti matter exclusive, and I would that this Lincoln 1864 writing was completed, bugt I have more to guide you through by all the toilet tissue markers I have in the salient points to come.