The Year Blacks Vanish From America 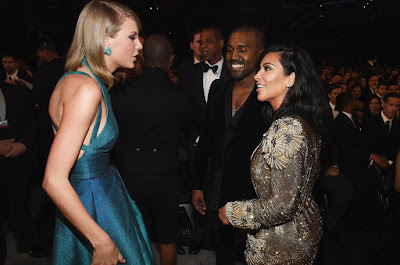 For all the points the Lame Cherry makes about Niggers, not out of racism, but of calling attention to the jeopardy this race is in, not only in Africa, but across the planet, there is a statistical reality which Black Americans are going to have to face, that they will one day be deported back to Africa, not by the White race, but by the transmutant race which is being dumped into the United States.

Some may wonder how with 2 billion Negroid Africans soon to appear on the consumer market of Africa, for the European syndicate led by Sebastian Kruz, how the Negroid race could face jeopardy, but the fact is the dynamics of Black people, point to their extinction in the United States and the coming Negro Park status in Africa.

They are wary of humans but this can also make them aggressive. Killing chimps is against the law in Uganda but permissi…

You are about to be educated on the New World Order in the facts of George and George Bush, who both created consumer cancers of peoples. George HW Bush is the reason that China arose to consume all the world's supplies by exploiting Chinese masses and driving up prices globally.
China though is not going to remain at the top of the heap, as by 2050, the Chinese population is going to begin an implosion due to old age and crippled workers.

It was George W. Bush for humanitarian reasons, saved Black Africans from the diseases of Africa, mainly malaria. Once checked, the African population began to skyrocket, to where there will be in the next decade 2 billion consumers. The Africa 2 billion, unlike the Chinese 1 billion will not work. Instead the model of a living wage will be unleashed for Africans. The exchange will be robotics will take African resourses, and in trade "money" will be provided Africans, who then can on these credits purchase the necessary goods from Europe in NetSpecs. a new glasses that everyone is supposed to wear to mind stimulate the populations to new addictions.
Give them food, bottled drinks and Europe will be rich and Africans will be good little addicts.

That though is the future tense, and the present is the world that Barack Hussein Obama designed, and created for the American Afroid. Blacks thought they would rule with the Obama presidency, instead Blacks became Chicago violence fodder in Obama dope wars for Wall Street.

Just as this blog informed everyone that MAGA could not exist in Trump policies, I keep sounding the alarm that a White Genocide is coming to America, and where the White race goes, so goes the Black race.

When you see Kayne West, echoing the man in black ,Johnny Cash in a benefit prison concert, you are witnessing the last lights of the Black race in the West. Kayne West is the leader of a group of the last Black Americans.
The Afroid was duped with talk on reparations, but that was a diversion, for the real agenda is to bring an end to the Black race, as they are too costly, and Latins will sell drugs to rich people on street corners just as easily as the Afroid.

For the statistics in this, the United States has been importing a slave class of Jesuits for 40 years. This blog warned everyone when Brad Parscale and Katie Walsh had a 200 million list of voters. There is not any way in a 320 million nation that 200 million people are voters. That 200 million indicates that there are in reality closer to 400 million people in the United States.
Jeff Rense several years ago during the Obama regime, had a California statistician who said his numbers pointed them to 100 million foreigners were in the United States. Under John Kelly in the Trump regime, the floodgates opened as Homeland made Obama's illegals, LEGAL. The border wall had no purpose except as a smokescreen, and numbers at the border dropped, because Homeland was handing out legal Visa's for workers who never had to return to Latin America.

Do you wonder why prices are going up under Trump and your store shelves seem to be shorting on merchandise? America under John Kelly reached break point in production. At 1.5 million foreigners dumped across the United States each year in legals, you can understand how the numbers in 40 years have eclipsed the Black race as a voting block and by 2050 will eclipse the White race.

For your education, most of you reading this are White. You have been told you are racists. The Lame Cherry will inform you, that White's are church boys and girls, compared to Latin Jesuits, Chinese coms, Indian Hindu and the Muslims. They hate Blacks, and what do you think groups who are being legalized in the United States are going to do when they have voting power, to vote how money is going to be spent? The money will be voted to the tanskins and the blackskins will vanquished as welfare and affirmative action will vanish. This is the Obama legacy as the image prances around trying to make little Black children think the Obama zombie will rule America. The Latin Jesuit, Hindu, Com and Muslim will NOT vote for Black candidates, but will vote for their candidates of  race.
If you look at the 2020 democratic field, the Blacks in Corey Booker and Kamala Harris can not get funding or votes, because the DNC is filled with the Clinton racist group and the emerging tanskin majority. Blacks have already been ostracized from power in the democratic party.
That is why according to Webster Griffin Tarpley, the cartel has been shifting Blacks to be Trump voters in their last balloting to take place.

One must understand the demographics which will bring the end to the Black race in America. The manual labor market has already disappeared to the  Latin Jesuit hordes. Welfare and the narcotic trade is buoying up Kayne West celebrity status, but with Planned Parenthood butchering Negro babies wholesale every year, as Planned Parenthood set up shop in Black neighborhoods like the drug cartel did of the CIA to dope that population from radicalization.
As the traditional working jobs have vanished for Blacks, that would mean upward Obama mobility should be the case, but the reality is Muslims are moving into the lower white collar jobs, and the Hindu  with the Chinese are absorbing the technical jobs, even if Blacks could perform them.

The Lame Cherry does not state this in racism, but a Black's brain is wired different, as are White people's brains. Each race has a dominant cranial trait. Blacks do not move into the programming field, because it has to do with numbers. Blacks in their creative structure are Kayne West, in capable of profound creative processes which are entertainment. That is not derogatory statement as music is as complex a field as computer programming, IR, hacking, but Asians are better at copy paste codex than the Negroid. It is why you do not see rapper Muslim or Blues Hindu. Their brains are wired different.

So in the reality of reality, Blacks have been replaced in lower tier jobs. Blacks have reached the Tanskins ceiling in the upper jobs. Their numbers are being neutralized by the tanskin slave labor force, so their voting power and consumer power is gone. The Black is hemmed in economically and in competition, they will be overwhelmed, and when that takes place, the historical reality has been that Whites were forcibly removed from their colonial homes in Africa. This will come full circle as the Black will have put to them, that returning to Africa is the best outcome for their future on that plantation.

And the reality is, once robotics become self replicating, there is not going to be a necessity for the numbers of tanskins either. What China is facing, will be the reality of Blacks in America and Africa, being expendable, once the resources run out for this living wage trade.

Barack Obama was not the epitome of the Black race upon the world stage. Barack Obama was the precipice that the Negro Race is about to crash into first. First in the United States, and when African resources run their course for Europe, which will look to space mining, the Black race in Africa will reach implosion fifty years after the warning in America, around 2200 AD in the year of our Lord.

The data, the numbers, the statistics, the realities do not lie. Blacks will vanish from the United States, and the traitors in their leadership who have led them to this holocaust, as the Jewish elders led Jews are responsible, and for all purposes Kayne West is the last prophet of the Black American Race.

This once again is a Lame Cherry exclusive in matter anti matter. There is a symbiotic relationship to the rise and fall of the Caucasoid and Negroid races in this world, and in America. You are not going to hear about this in any other media, because all hell would start breaking loose in Black communities over this betrayal.

The Lame Cherry is the only media source championing the Black race in warning of it's coming doom.