Too important to have to do that 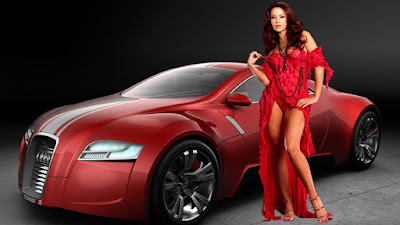 There is only the road and me,
and my arrogance makes three.

Something happened today which was something which I have never witnessed before, and as TL and I were doing an errand for Uncle, we pulled into town, where a festival was starting, so there were more two legged creatures in town than I like.

So being polite, as I am always polite in giving people the right of way even when I have it, and turning on signals, I put on my signal as a kid in a new shiny pick up had pulled up to the corner. I was still a long ways off, and there were about 8 vehicles pulled up to the light, when the kid took off across the intersection.

This was surreal to me as time froze, and I thought, "That kid really is not doing this, because in front of hm was a big black Cadillac," and with that he slammed into the side of the car with the textbook loud smash and crash.

I simply could not believe what I was seeing, and had people behind me, pulled over on the corner, and upon seeing no one was hurt, but the kid with a his arm over his head in OH SHIT, turned the other direction and left as it was none of my business, like everyone else went on their way.

I know that kid was not looking at me, as I could have seen his white face. He was not someone who was outside, meaning he did not work. As this was a part of town where nothing is in it but fast food, I figured with TL that he had gotten up around 10, and went for breakfast in daddy's new pick up or the new pick up that daddy bought, and was going home to the air conditioning.

That is when the accident took place, as he was so in his world that he did not see an 8000 pound car in front of him, in either texting or running the cd player. He of course was too important to sit and wait or even check for sure nothing was in front of him.

The other  rich person in the caddy was not exactly like most people on the same page either, as that car took no evasive action in they did not see the kid coming. I suspect like most rich people he was too occupied with thinking "You watch out for me as I am rich and I the right of way".

I was told when I first started driving to ALWAYS drive for the other person. Anyone gets near me, I watch them. I always give people the way and I never trust these vacuous souls behind steering wheels, as I am not going to get into a wreck or killed because junior is thinking how lovely he is or geezer is contemplating how much she is loved for her big portfolio.

Accidents happen to others. TL and I always pray for God to keep us always safe from accidents and keep the cops away. It is the Lord's protection and today God with His Holy Angels protected us again.

It is traumatic to see an accident in sounds, to feel the emotions of the people, and to not want it happening to you, as you feel guilt for seeing it happen. I was spooked and wanted to go home and told TL if we had Uncle's pick up, we would have parked it and walked.
Last time we went to town those idiot geezers were riding bikes for MS or something and about keeling over from the heat as they were riding in traffic. I hate people in my town.

God is good in protecting us, but this was a case again of two arrogant rich people with new vehicles parading around like they owned the streets and not paying any attention to others as they were too important to have to do that.

Pay attention as it is cheaper, as this kid will now be paying rates of 2500 dollars for insurance and caddy man will probably be having joint problems.

Odd not air bags deployed as they were going slow. Not odd that they did not deploy, but odd in I expected them to go poof.

Oh and TL witnessed the accident precisely. The best I got was two vehicles and crash.