Who really is the Jew Hacker Grafton Thomas? 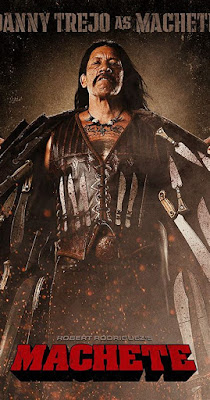 
Without forensic psychological proof, there can never be an assessment of the true reason for a crime.

Like most of you, I learned of a violent attack in New York, from the media, in my case it was the radio as I was in bed. What is bothersome is without evidence, the liberal democratic Governor of New York in Cuomo, immediately labeled it a domestic terrorism attack.

What we know is Jewish worshipers, opened their door to a Black male, who had his face covered, and upon gaining access to the home of a rabbi, produced a machete, and started attacking people. 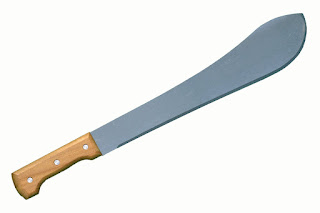 This is where many problems begin, as a machete is an instrument of the sugar plantations, used to cut sugar cane by Blacks. It is not a stabbing instrument. It is a hacking instrument.

While New York has experienced a number of attacks on Jews, there have been more attacks on "others". For that matter, when the media starts lumping in attacks on Jews in New Jersey by Blacks, that is not a New York attack, as what comes next, attacks by Nazi's on Jews in 1940 AD in the year of our Lord?

People being harmed is horrid, as much as animals or plants. These modern labels of domestic terrorism, anti semitism and whatever do not elevate the crime to something worse. People have had those terms abused enough, that they stop paying attention. The worst situation is stating it was against Jews, and then the other groups stop paying attention as they are not in danger. 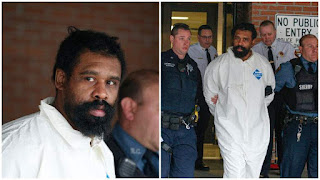 We know that the attacker, Grafton Thomas,  shielded his face. That is premeditation, as much as bringing a weapon. We know he chose the residence first, and attempted to enter the synagogue, but the Jews inside locked the doors when they heard the screams.
No one is going to note in this, that Jewish worshipers did not come to the aid of their fellow Jews or rabbi, but left them to die in order to save themselves. As Jews do this to their own, it would be logical to conclude that when it is a goy Christian like you, that you might be tossed out the door to feed the lions.

There are always revelations in these propaganda stories which are included, that if the liberals writing them or the Jews in this case, understood what they just did, they would not ever want that revealed.

As the liberal Governor was like the Mayor of New York making it difficult for Americans to own firearms, these Jews, who are wealthy, and have been under attack, were not armed, not even a machete by the 8 candles. They knew their community was being threatened and not one armed themselves. Jews in Tel Aviv all have their military bag of Uzi, ammo and rations ready to go. In New York, the Jews have candles and liberal politicians who caused this entire problem.
Grafton Thomas might have been a fan of Latino Danny Trejo in Machete. We need the facts.


The Jews threw furniture and tables at Grafton Thomas with absolutely no effect. That is not the Gideon or David ideal of fighting instruments, but that is the nature of the George Soros mindset of the Jewish elders, disarm the public, so the few who own the police state can control the masses to their rapine and enslavement.

Until Grafton Thomas explains in a believable evaluation as to why he drove from Harlem to a rich Jewish ghetto and attacked, the media and political diatribe and screed does not answer the motive.

The Black and Jewish community in the 1960's began intermingling and breeding. For those who are not aware, in that liberal era, JAP's, Jewish American Princesses were having a hard time finding Jew males, it was stated, so the Jews said it was ok for the Jewish women to begin marrying Black men. That did not seem to take, but Jews did take to the Designer Negro Obama like a widow's purse.

There is a reason for spiked attacks on Jews. It usually points to a mind control operation, which is designed to split the Black and Jew vote politically. Apparently Donald Trump is to inherit the Blacks and Governor Cuomo gets the rich Jews as you will notice in all of these liberals stories, Blacks are the refuse thrown to the corpse dump of Auschwitz as Jewry is the media choice.

Until this is sorted out, the President for his Jewish family members, must detail another layer of protection for those members, as this is being spun up for a reason, and it would be an acceptable political statement for Ivanka Kushner in her security clearance to begin firearms training and produce it as a public relations release.
In harsh political reality it would be of benefit to the Trump 2020, to Jews and to Blacks, who must look to their savior Kayne West in his peaceful power for Blacks voting for President Trump.

Ivanka must rise to be the Moses to the Jewish people as Kayne rises to be the Martin Luther King jr. of the Blacks, to make the all free at last, by the political power of jobs and security. 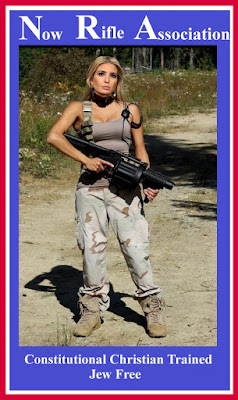 Until we learn the underlying facts of these attacks, as in New Jersey it was rich Jews displacing Blacks from their homes which triggered violence, the propaganda is revealing more damaging evidence against the victims than the attackers who are being lynched in the media.

Let us all hope that in the national leadership of Ivanka Kushner and Kayne West, that instead of liberal diatribe, a political hope can be reasoned by these two fine examples who support President Donald Trump.