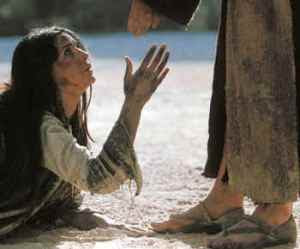 I believe this President has made an epic mistake in his not dealing correctly with the Iranians, based upon a series of Scripture readings the Holy Ghost directed me to.

The basis of this is, the Lord God, rose up a tall, handsome, strong, but shy man, a Benjaminite named Saul, to be King over Israel, when the people rejected God and wanted a ruler like other nations had.

In this, the Judge Samuel, the last of Israel, instructed Saul to go to war with the Amalekites. It was to be complete scorched earth, nothing was to survive from this corrupt people and nation as their frequency to their animals to their children was so base, it would only undo the Spiritual People which God had raised up.

Instead of obliterating the evil, Saul allowed his soldiers to take the best plunder, and Saul himself, kept the King, Agag, alive. What was to be obedience to God, instead of lust for national treasure, was exposed in Saul, and when Samuel appeared, the first thing he heard were sheep bleating and cattle bellowing.

Saul lied about what he did. He blamed his soldiers, and said they were just offering to God. Samuel was not fooled nor was God.

For this rebellion against the Lord, God would rip the Kingdom from Saul in civil war and give it to David.


I Samuel, the Judge
Chapter 15

13  When Samuel reached him, Saul said, "The Lord bless you! I have carried out the Lord's instructions." 14  But Samuel said, "What then is this bleating of sheep in my ears? What is this lowing of cattle that I hear?" 15  Saul answered, "The soldiers brought them from the Amalekites; they spared the best of the sheep and cattle to sacrifice to the Lord your God, but we totally destroyed the rest." 16  "Enough!" Samuel said to Saul. "Let me tell you what the Lord said to me last night." "Tell me," Saul replied. 17  Samuel said, "Although you were once small in your own eyes, did you not become the head of the tribes of Israel? The Lord anointed you king over Israel. 18  And he sent you on a mission, saying, 'Go and completely destroy those wicked people, the Amalekites; wage war against them until you have wiped them out.' 19  Why did you not obey the Lord? Why did you pounce on the plunder and do evil in the eyes of the Lord?" 20  "But I did obey the Lord," Saul said. "I went on the mission the Lord assigned me. I completely destroyed the Amalekites and brought back Agag their king. 21  The soldiers took sheep and cattle from the plunder, the best of what was devoted to God, in order to sacrifice them to the Lord your God at Gilgal." 22  But Samuel replied: "Does the Lord delight in burnt offerings and sacrifices as much as in obeying the Lord? To obey is better than sacrifice, and to heed is better than the fat of rams. 23  For rebellion is like the sin of divination, and arrogance like the evil of idolatry. Because you have rejected the word of the Lord, he has rejected you as king."24  Then Saul said to Samuel, "I have sinned. I violated the Lord's command and your instructions. I was afraid of the men and so I gave in to them. 25  Now I beg you, forgive my sin and come back with me, so that I may worship the Lord." 26  But Samuel said to him, "I will not go back with you. You have rejected the word of the Lord, and the Lord has rejected you as king over Israel!" 27  As Samuel turned to leave, Saul caught hold of the hem of his robe, and it tore. 28  Samuel said to him, "The Lord has torn the kingdom of Israel from you today and has given it to one of your neighbors-to one better than you.

What Saul did with Agag, the king, would spell near disaster when God divorced Judah, Benjamin and Levi for their sins, and led them captive to Babylon, where the Persians soon conquered Babylon, and the Jews became the target of a Persian official, named Haman, who was an Agagite.
Haman meant to produce a holocaust on the 3 tribe and almost did. Because Saul did not obey, centuries later his people almost were wiped out by the same people he saved.

From these verses being guided to me three times, I believe there are events which will manifest over Iran which will affect America to the finish of the end times.

The story of Haman takes place in Persia or Iran. An echo of this is resonating in the time line which we have entered. I pray that God protect His children and the Lord Christ quickly returns, in Jesus Name Amen and Amen.


The themes in this are national genocide, the overturning of leadership and civil war.