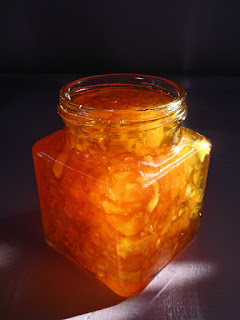 Did you know that the Ashkenaz Jew produces pound for pound, a greater proportion of psychopaths than any race of primates on earth?

Yes tis true. They are a remarkable species in they not only prey on others they call goy, but selectively the the greatest among them, actually race cannibals, in they selectively eat their own.

Over the past decades George Schwartz, a Jew name he despises, and goes by George Soros, almost started a world war, over stirring things up in Georgia, where Putin annexed South Osetia, and it was all about Soros running the Tel Aviv Jew competitors out of Georgia.

Soros had a passion for Ukraine too, and has been shattering that nation to civil war, as he with John McCain inserted a real pet Nazi into power.

This might sound strange for a Jew to be a Naziphile, but you have to understand from Jews themselves who have outed Soros, that he is not a Jew, and George Soros who was reared in Hungary had an Ashkenaz mother who hated Jews. Yes his Jew Ashkenaz mum hated Jews.
Well so did Hitler, not that is not true, as Hitler just hated secular Jews who were hiding in communism, prosecuting their own genocide against Germans.

It gets better as you will discover why Soros is such a nation rapist, as his father, was selling fake travel papers to desperate rich Jews, fleeing from Nazis, and of course they were caught and shipped off to concentration camps, and young George though was at the same time, put under the patronage of a Hungarian Nazi to teach him how to plunder rich Jews homes.

It was all quite exhilarating for George Soros. It was the most exciting time of his life, in being part of the holocaust creators.


Soros’ Jewish problem was generational. He grew up in, in his own words, a "Jewish, anti-Semitic home"
He had adopted his father Tivadar’s worldview, that God was a human invention. It was Tivadar who forged and sold documents to Jews trying to escape the Holocaust, charging "wealthy clients", as he put it, "whatever the market would bear". And it was Tidavar who found his teenage son a place with a Hungarian fascist official who was confiscating Jewish property.
In his biography, Tivadar later described the trip to confiscate Jewish property as a move by the "kind-hearted" Nazi collaborator to "cheer the unhappy lad up" where after a dose of watching the persecution of Jews, "he quickly regained his spirits". Soros would later describe this, a period that most Jews remember as a time of utter horror, as “the most exciting time of my life” or an “adventure”.

It all makes perfect sense really. The Ashkenaz elders, sold the ghetto poor Jews to the Nazi's for champagne toasts and to save themselves. Jews sold their cripples and undesirables to the SS Nazis for a jar of orange marmalade. I never quite understood how the Germans figured out Jews would betray each other for a jar of citrus, but it was a big draw among Jews selling out their own.

You still see this in Jews in New York locking the doors to a synagogue to save themselves while a machete maniac was hacking other Jews to pieces. Soros early years of genocide, inspired him to fund NGO's to bring about the holocaust of Americans. You remember this under Barack Obama who loathed Americans too.  Then there was that Standing Rock thing. Then there was that Ukraine call thing and George Soros was greasing up the cattle cars again, this time for Donald Trump's Jews. Is such a horrid thought to think of little Ivanka in a Soros cattle car, as the Donald is hauled away in Adam Schiff and Jerry Nadler handcuffs. Odd how George Soros always finds Jews who like to prey on their own, or others if Jews are not around for the diet.

I don't know if orange marmalade though was involved with the President, but Donald does have orange hair.

Anyway, I have not seen any orange marmalade on Adam Schiff or Jerry Nadler, but I rarely get to dine in the House restaurant any more. Something about me not being their kind of girl.

Anyway, I will get into this in another post in who is all behind all of this and whether a President likes orange marmalade with his Cordon bleu george.