I have done as You commanded 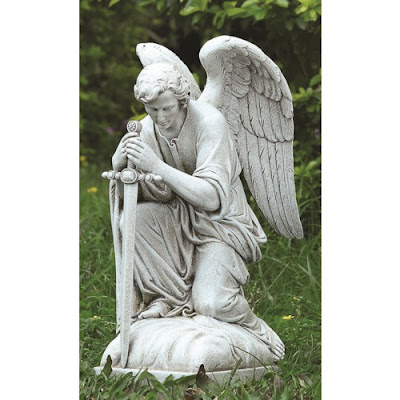 Then the man in linen with the writing kit at his side brought back word, saying, "I have done as you commanded."

With 2019 sealed in the crypt of the matrix forever recorded, there is always these past years a feeling of something is out there. The signs are there in the actions of leaders waiting for something.

The Lame Cherry provides this Bible reading from the Holy Ghost on New Years Eve for this day. It is from the Prophet Ezekiel, a most suffering Prophet, and one of the most fantastic of visions.

Ezekiel begins recording in seeing the Almighty Jehovah on His Throne, and the Cherubim, the covering nameless Archangels of fantastic description. What I was given was the part of slaughter, for Ezekiel before being shown the 3rd Temple to be built, is witness to the debauchery which America and peoples of the West are calling rights. From sodomites, infant slaughter, to the promotion of false religions, in corruption in the courts and earthly leaders in jeopardy from assassination, this is what the Northern and Southern Kingdoms of Israel and Judah were.

The Lord sends Angels, to record and to slaughter in mass all the sin and the sinners. Ezekiel is perplexed that there will not be anyone left in the great city, but Judgment has come from the cup of wrath of the Lord.


. 8  While they were killing and I was left alone, I fell facedown, crying out, "Alas, Sovereign Lord! Are you going to destroy the entire remnant of Israel in this outpouring of your wrath on Jerusalem?" 9  He answered me, "The sin of the people of Israel and Judah is exceedingly great; the land is full of bloodshed and the city is full of injustice. They say, 'The Lord has forsaken the land; the Lord does not see.' 10  So I will not look on them with pity or spare them, but I will bring down on their own heads what they have done." 11  Then the man in linen with the writing kit at his side brought back word, saying, "I have done as you commanded."

Judgment does not begin with the heathen peoples first. Judgment begins with the Christian Peoples who have violated the oath of Christianity and become whores to sin. Then will come the Judgment of the Babylons and the anti Christs.

I make no predictions, but speak this into the matrix as record, as that is my vocation. That unGodliness which is the Lost 10 Tribes will be poured out upon them. It begins when God says it will and it will not stop until every last drop has been avenged for God is Righteous and Holy.

I pray Come Lord Jesus, and come quickly in His Name Amen and Amen.Those who are not martyred, will be the remnant to witness all. There will be no rapture until Christ returns and this Atonement is finished. The dead though will litter the earth like the stars of the heavens when the Day of the Lord is complete.

When the beginning of sorrows come, you will not need a Prophet to tell you. It will be glorious though as all things of God are.

The Roman New Year to Janus begins in the opening of the door.


Johnny Cash - When The Man Comes Around ((Original Version ...