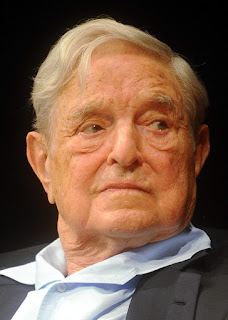 Julian Paul Assange is an Australian editor, publisher, and activist who founded WikiLeaks in 2006. WikiLeaks came to international attention in 2010 when it published a series of leaks provided by U.S. Army intelligence analyst Chelsea Manning.Wikipedia


Assange stated that he registered the domain leaks.org in 1999, but "didn't do anything with it". He did publicise a patent granted to the National Security Agency in August 1999, for voice-data harvesting technology: "This patent should worry people. Everyone's overseas phone calls are or may soon be tapped, transcribed and archived in the bowels of an unaccountable foreign spy agency."


Do you see a timeline? Do you see the timeline begins with DIA activities in the Bush years on a hacker platform developed by Julian Assange.

Now who was it that was against the Iran War II? Think about it.

Then Edward Snowden appears in 2013, after Obama leaves the building. Snowden's leaks are focused on surveillance by NSA.


What do you see in this as it is important. The end result in this was the framing of Donald Trump. 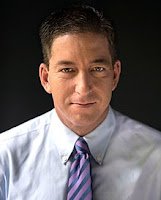 The Freedom of the Press Foundation, which includes Snowden’s media mouthpiece and handler Glenn Greenwald on its board, acknowledges that the organization “is made possible by the fiscal sponsorship of the Foundation for National Progress.”
The Foundation for National Progress is best known as the publisher of Mother Jones magazine, and is backed by several prominent liberal foundations, including the Open Society Institute of billionaire George Soros, according to its 2010/2011 annual report. 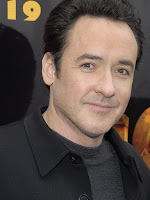 
Snowden is their new hero. “At the heart of Edward Snowden’s decision to expose the NSA’s massive phone and Internet spying programs was a fundamental belief in the people’s right-to-know,” says actor John Cusack on the website of the Freedom of the Press Foundation. Cusack is also a member of its board. 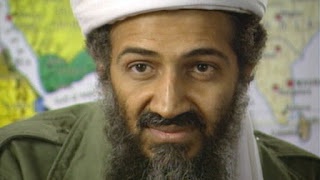 
Prosecutors say that WikiLeaks material was found in the possession of Osama bin Laden and al Qaeda after a U.S. raid killed the terrorist leader. 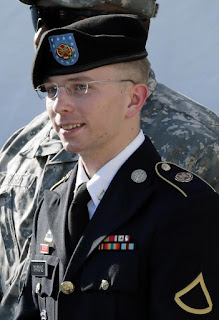 The Freedom of the Press Foundation, which openly funnels money to WikiLeaks and Julian Assange, says it is a 501(c)(3) nonprofit organization, and that the Foundation for National Progress “provides users a way to give tax-deductible donations.”
“We are pleased to receive anonymous donations in the mail,” it says.
One purpose of the arrangement is to make sure that WikiLeaks has a secure funding source, as “U.S. officials unofficially pressured payment processors to cut WikiLeaks off from funding in late 2010, despite the fact that the organization has never been charged with a crime,” the group claimed.
In fact, U.S. officials regarded WikiLeaks as hostile to the United States because it publicly released classified counter-terrorism information from Army analyst Bradley Manning, who is now on trial for espionage against the U.S. and aiding the enemy. WikiLeaks founder Julian Assange went to work for Moscow-funded television. 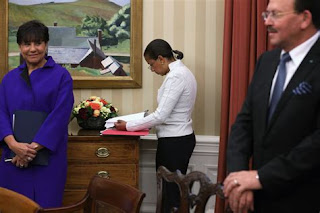 
One of the prominent directors of the Foundation for National Progress that is backing Snowden is Susan S. Pritzker, a member of one of the richest families in the United States, the Pritzker family, which is very close to Obama. The Pritzker family owns the Hyatt Hotel chain.
Another member of the family, Penny Pritzker, is a Chicago billionaire nominated by President Obama to lead the Commerce Department. 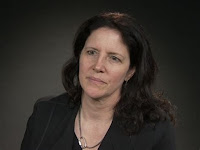 The Freedom of the Press Foundation board includes not only Glenn Greenwald of the British Guardian, but Laura Poitras, described by Alana Goodman of The Washington Free Beacon as a “long-time activist filmmaker who has railed against U.S. counterterrorism policies put into place after the Sept. 11 attacks.”
Poitras and Greenwald arranged the secret interview with Snowden in Hong Kong and authored the Guardian’s story about him. Poitras also shared the lead byline with former Post journalist Barton Gellman on the front-page NSA story in The Washington Post.

Another member of the Freedom of the Press Foundation’s board is Josh Stearns, the Journalism and Public Media Campaign Director at Free Press, a Soros-funded group started by Marxist Professor Robert. W. McChesney.


There was a sorting taking place. One group did not like Bill Clinton selling uranium in Asia to the Chicoms without the cartel receiving their cut. They did not appreciate the cash cow of Saddam Hussein that Bill Clinton left in power and had a number of US assets murdered being removed by George W. Bush, because HW daddy went limp.
There was that NSA surveillance of all, and it needed to be disrupted to hide what was there.

Enter the leftists who all detested Hillary Clinton and adored Barack Hussein Obama, Brad Manning, Ed Snowden and Julian Assange, and the remarkable events which had those who backed Obama, creating a server, a much bigger server like Hillary Clinton's in her closet, which was the Amazon Cloud, which left no traces of who was opening it when it was CIA Director John Brennan, as it was CIA controlled, and Obama weaponized it to frame Donald Trump in Russiagate.

Amazon Cloud is not about 17 agencies sharing data, it is about 17 agencies putting NSA data into one Pandora's Box, that only one John Brennan has access to, and only one Obama had directed Susan Rice in who to unmask to destroy key people.

With all of that information being leaked, there appears a leaker in German who knows the danger and names George Soros in the money flow, like Cliff Kincaid did. 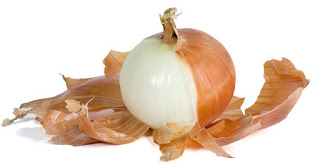 And remarkably, George Soros was funding the trolls who brought about the evidenceless impeachment of Donald Trump.

Now granted, Webster Griffin Tarpley said the democratic party would be split and America would only be allowed to vote for Nazis and Communists after this as the GOP would be relegated to Green status.

George Soros according to Frontpage Jews, was a Nazi collaborator. His mum hated Jews. His father sold rich Jews forged travel papers which captured them, and little George, was busy with a Hungarian Nazi ransacking rich Jews homes, and George found it the most exciting time of his life.

If you are intelligent or good with games, you understand what the above means.

I would predict something, but if I did, it would inform you of things of what Robert Mueller the protector of America was protecting in the Missing Link, and then you would know too much, and this is dangerous knowledge and why I am not foolish enough to post about garden produce.