The Scent of BBQ Iranian 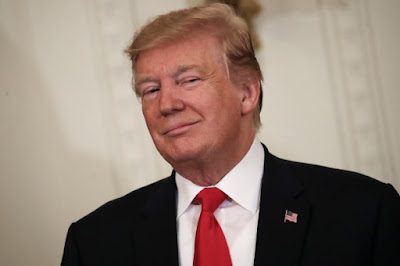 I love the smell of burning Iranian in the Crescent moonlight....

So, I see that the President has taken a substantive action in dealing with the communist regime in Iran, which was installed by British MI6 by one of their agents in Ayatholla Khomeini. A communist regime that Barack Hussein funded a fake color revolution to draw out Persian Patriots onto social media who were then slaughtered by Tehran, as Barack Obama lusted to have his name in the history books for an Iranian Peace, which he gave these terrorists billions of dollars, and there is still not a peace.

Suleimani was planning attacks on American diplomats and service members in Iraq and throughout the region, the Pentagon statement said.

Too much fire always wafts the scent of human bbq to not be enjoyed. 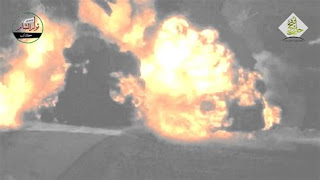 I did an inquiry into the matrix, as this is a bit important, in the President just obliterated the leader of one of the premier terrorists mass groups in the world.

The death was confirmed by the Islamocommunists of Tehran, so it is a bit of a line in the sand for all concerned.

The thing is, as liberals were having their genitals getting wet in calling the burning of the US Embassy in the absolutely secure Green Zone in Baghdad, "Trump's Benghazi", as future Vice President Ted Cruz, scorned them in a blistering verbal salvo, no one bothered to state what the matrix was pointing to, in the terrorists who burned the United States Embassy in Iraq, were indeed General Soleimani's terrorists, but Soleimani knew nothing about the attacks nor had ordered them.
Covering It All, probably would indicate who created this featured event.
It was not for sins past, sins present, but sins future which the Qudmaster was turned into Persian kabob.  A dinner without reservations. Nothing like serving up a nation's top terrorist, and that nation thinks London, Paris, Berlin and Moscow are a protection and if that is not sufficient to their enterprise, there is that unspoken reason why no one in 1600 Penn Avenue has blown Iran off the map, and why Birther Hussein was bribing them.

The Black Swans, as some poor orphan girl might have posted on are better than the Mahdi for the turban heads of Tehran, but this is a larger equation, bigger than Quds, bigger than DC.

https://nypost.com/2018/06/09/iran-admits-it-protected-al-qaeda-terrorists-before-9-11/
Jun 9, 2018A top Iranian official has admitted for the first time that Iran knowingly helped al-Qaeda terrorists — including some of the 9/11 attackers — travel secretly through the Middle East. That was ...


The dominoes are struck. They will keep falling as the Black Swans intend. Inquiry points to there is a 99% reality this does not end positive.

It would have in realities been better if the Americans response was a definitive kill shot of  not just one terrorist General.