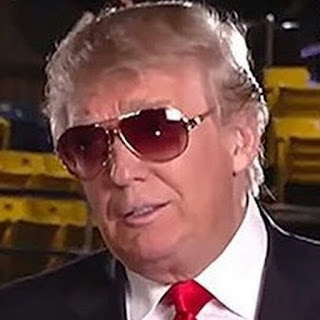 14  But Samuel said, "What then is this bleating of sheep in my ears?


The President might not rue the day, but enough American families will be in mourning, over this President stepping back and down, in not delivering a smashing blow to the mullahs of Iran over the missile salvo the United States bases in Iraq.

https://www.huffpost.com/entry/trump-speech-iran-attack-missiles_n_5e15f8fbc5b687c7eb5ec518
The president addressed the nation for the first time since ordering the killing of Iran's top general last week. President Donald Trump pledged to disrupt Iranian efforts to obtain nuclear material, announced additional sanctions on Iran, and said the U.S. wouldn't escalate conflict with the ...

Iran was having a very bad day yesterday.


Their missiles did zero damage and killed no Americans. (This blog cringed in those saying, "Donald Trump said there has to be US casualties before he would react, and as no Americans were dead, all is well".)

Then a crowd of turban heads herding like stock for the funeral of terrorists Soliemani, got into a panic and trampled over 50 of the turban heads to death.


Oh and this just in:

That is the kind of day that says, JESUS IS LORD AND YOUR MUSLIM MAHDI DEMON JUST GOT HIS ASS KICKED BY THE REAL GOD.

To this Donald Trump, did not follow through in these Godless Muslims attacking A US BASE AND UNITED STATES CITIZENS, and showed restraint.

All this did was prove to the murderous communists of Iran that Donald Trump is weak. This blog warned of the problems of a "peace time out" as all this will do is allow Iran the cover and time to launch strikes to murder Americans in mass.
Iran stating that it does not want to escalate, is code for, "Be head up the ass Americans again, and give us time to slaughter more CIA agents, hijack more planes and unleash terror attacks in regimes across the Mideast."

Donald Trump at minimum, should have:


Anyone looks sideways at an American should have their nation obliterated. Period.

President Ronald Reagan cut and ran on Iran, after the Marine Barracks bombing, and it has been nothing but promote this MI6 regime ever since.
To put it plainly, when the United States got the atomic bomb, by miracle, so did England and France by association. This has happened time again from Jews linked to South Africa. Pakistan and then their Saudi funders. So for those who state that Iran does not have nuclear weapons, when their ally North Korea has them, is so absolutely Mockingbird propaganda, that it does not allow the explanation of why no one touches Iran, other than Iran has propositioned nuclear weapons as the KGB did in the United States during the Cold War.

This President stated he would not leave Iran for another President, and yet this President has without regime change, (and I do not mean the United States invades Iran, but the United States decapitates and wipes out the turban heads, to give the Patriots or Persian time to form a government with the Crown Prince at the head), has left the same murderous communists in power in Tehran, and these turban heads will retaliate in slaughtering more Americans.

When Iran is speaking of restraint, that is the time you have them concerned, and the reality of raining hell down on them to make them shit themselves.

The projections in this are that within one year, the United States will respond to WMD attacks with WMD's, after the Iranians meddle in the 2020 elections.